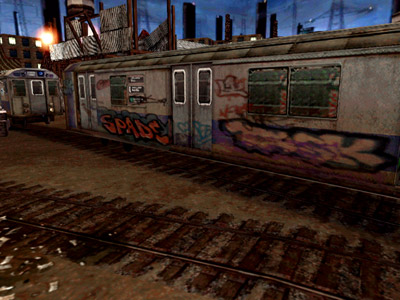 After watching The Manchurian Candidate and reading Timothy Melly’s “Brainwashed! Conspiracy Theory and Ideology in the Postwar United States” I began contemplating the issue of brainwashing in our society. The idea of brainwashing was introduced to the United States during The Korean War, but was certainly not confined to that era. In fact brainwashing is still a huge part of American culture, especially commercial advertising. Although we all are victims of brainwashing through advertisements, children are undoubtedly one of the biggest targets. This is mostly because children are highly impressionable and easily manipulated.

The video, “The Corporation: Advertisements Targeting Children” shows how children use nagging to get their parents to buy them various products. Companies are able to brainwash children to buy their products by showing the same commercials repeatedly during children’s programming. The more the children are exposed to the products, the more likely they will want the products and nag their parents to buy them. For instance, while watching a movie on the Disney Channel, a child may say several commercials for the Bratz Dolls or Hot Wheelz. Commercials also make their ads very colorful to appeal to children and maintain their attention. Companies also have flashy logos or catchy songs to force these young consumers to remember their products. There’s a reason why children remember Oscar Mayer bologna instead of Boar’s Head bologna. Another method that is particularly effective is associating the product with a character that children like. Children are more likely to want to eat macaroni and cheese that is in the shape of Spongebob Squarepants than regular elbow macaroni. Children might even argue that it tastes better.

When children see these products, they fuss and throw tantrums until they get their parents to finally give in and buy the products. Then the cycle starts over again. In the video, Professor Susan Linn says, “It’s not that products themselves are bad or good. It’s the notion of manipulating children into buying the products.” There are some great products out there for kids, but if the ads are not played constantly, or are not visually appealing, the kids will not want these products.

Brainwashing children to buy merchandise is a long way off from brainwashing men to be assassins. However, if the children do not eventually learn to be educated consumers, they could potentially become mindless zombies who are unable to think for themselves.

Walter O’Neil of “The Strange Love of Martha Ivers” is one of the weakest male characters I have ever encountered. His anxiety is like a dark cloud hovering over the film. I  feel anxious just watching Walter. In fact, Walter acts as a doormat for his father, Martha his wife, and his childhood friend Sam.

When we first meet Walter he is under his father’s rule. He looks like a scared little boy in the presence of the great heiress Mrs. Ivers. He says whatever his father tells him to say and even takes the credit for finding Mrs. Ivers’ niece Martha after she runs away. In this situation Walter is unable to defy his father because his father is the authority figure. After Martha murders her aunt, Walter agrees to her made-up story because Martha forces him to do so and he sentences an innocent man to death for the murder years later. Sam also treats Walter as a pushover and doesn’t take him seriously.

Walter’s guilt over Mrs. Ivers’ death consumes him and makes him a weak man. The only thing that Walter has control over is the amount of liquor he drinks. Whenever we see Walter, he has a drink in his hand. He drinks to rid himself of the anxiety. He doesn’t want to think about how he sentenced an innocent man to  death for a crime he did not commit. The only way Walter can carry a conversation is if he has a drink. When Martha tries to talk to him he says, “If there’s to be a discussion, I need a drink.” In Walter’s drunken state, he even falls down the stairs. Walter has to drink so that he can face the world.

An essential part of Walter’s anxiety had to do with his marriage. He is married to a woman who neither loves nor respects him. He knows that Martha only married him to keep her secret. Even when Walter kisses her, she stands stiff like a statue and does not show any affection. Not once in the film, did I get the feeling that these two actually loved each other. Martha is anxious because she believes that Walter will betray her secret and Walter is anxious because he believes that Martha will leave him. There is no trust at all in this marriage. Martha wants him to let go of her, but he won’t and as a result their marriage cannot survive. Martha and Walter just cannot be together because their relationship is toxic.

Liquor helps Walter deal with his anxiety, but it doesn’t put an end to it. The only way Walter is fully able to escape his anxiety is by killing Martha and himself. Strangely enough, it is through death that Walter asserts his control over his wife and himself.