Before I delve into my Internet material I just wanted to share a quote about Gotham City from the ‘Batman’ comic-series. After looking over the ‘Urban-Decay’ topic, Gotham could be scene as the epitome of cultural decay; dark, full-of criminals & chaos and the evil twin of the glorified fictional city of Metropolis, home to American-hero Superman. In regards to Gotham City here is this beautiful quote:
“Batman’s Gotham City is Manhattan below Fourteenth Street at eleven minutes past midnight on the coldest night in November.” –‘Batman’ writer and editor, Dennis O’Neil

For my Internet material I would like to discuss the official ‘Blair Witch Project’ site. This viral site furthers the anxiety of the film because it presents actual biographies of the filmmakers, timeline of events and a presents a mythological description of the fabled ‘Blair Witch’ all giving the image that this event could have actually happened. Chuck Tryon in ‘Video from the Void: Video Spectatorship, Domestic Film Cultures, and Contemporary Horror’ talks about how contemporary films such as the aforementioned ‘Blair Witch Project’ have a distinct characteristic that ‘blurs the boundaries between documentary and fiction.’ Through this viral marketing campaign that portrays the film as actual found footage the knowledge and information that is given to the audience is definitely distorted. When this film first came out in 1999 I wasn’t even ten years old and conveniently just started camping with the Boy Scouts. So with a film about a murderous witch that haunts the forests and hunts those who enter the woods, being heavily involved in an organization that was based around camping in the woods presented a grand set of circumstances for me. There were countless moments at night when I was playing manhunt in the woods and my friends and I imagined what would happen if the actual Blair Witch was in the woods that we were. This film with its vague commercials that left so much up left to the imagination to twist around I believe is one horror film that could define our generation. It can be seen as the first initial segue from the more traditional planned horror films to the a new set of immersive films that focuses on 1st person camera angles, extreme close-up & camera shifts along with a disturbing sense of realism set in a pseudo-documentary setting that states that the film that is being presented is actual found-footage from three doomed students. This could further be connect to the idea of ‘trans-media storytelling’, a technique where there is intentionally little explanation as to what is going on in an effort to increase the level of interest.

And also: Just throwing this idea out there. I also think that after focusing on the contemporary horror film genre for my presentation I also think that there is a reflection of current day society’s interest in investigation and criminal shows & films. In the ‘Saw’ series there is an ever-constant hunt through a detective unit to end Jigsaw’s games, in ‘The Sixth Sense’ Dr. Malcolm Crowe is a psychologist who is trying to help Cole and in ‘The Blair Witch Project’ and ‘Paranormal Activity’ there are people either investigating for a supposedly mythical entity or searching for spirits that are in their house. Next week our group is doing contemporary horror and we were wondering if there were any recent horror films that you’ve enjoyed that you would like us to discuss in addition to our allotted films-‘Blair Witch’, ‘Paranormal Activity’ , ‘Saw’ and the ‘Sixth Sense’?

After spending the past couple of lessons on movies of the pinnacle of the era of Nuclear Threat I feel that it would be interesting to delve more into the concept of the Doomsday Clock. The Doomsday Clock is so interesting because it takes such a complicated scenario dependent on so many variables, the end of the world, and transforms it into something we glance at on a daily basis, a watch. The Doomsday Clock is a metaphorical clock that is monitored by the heads of the The Bulletin of the Atomic Scientists at the University of Chicago that depicts of close we are to ‘midnight’ or global disaster. It was created at the beginning of the Cold War in 1947 and was first set at seven minutes to midnight. When the Soviet Union began testing nuclear bombs in the late 1940’s and early 1950’s the clock inched closer and closer to midnight. The closest it’s ever gotten was 2 minutes to midnight in 1953 and the farthest it’s gotten was 17 minutes away in 1991 when the United States and Soviet Union signed the Strategic Arms Reduction Treaty. This current year in 2010, the clock was moved back from 5 minutes to midnight to 6. While this allegorical clock is not in the best position it’s ever been in the fact that it’s moving back can give us all a brief reprieve and breath. For more in-depth looks and good articles on the current state of the world in regards to nuclear weapons and ideas here is the main website of The Bulletin of the Atomic Scientists: http://www.thebulletin.org/

Also: While watching ‘The Day After’ I would just like to emphasize how I feel that I believe it really struck a chord with me with how horrible all of this nuclear arms war really is and how terrible it could be. I started feeling this way during the scene when the bomb detonates in the city and there’s a good ten minutes of explosions and destruction that is deeply disturbing. When I was witnessing this I shuddered at the thought of something like this ever happening again and the horror that must have been experienced in Japan after the Atomic Bomb drops. The Atomic Bomb was chosen in World War II as the lesser of two evils, the other being a complete mainland invasion of Japan, which would have been catastrophic with death-toll estimates being predicted in the millions. After World War II I honestly have no idea why any country would want a nuclear bomb after the destruction that was seen. Here’s a documentary I found on YouTube about the bombing on Japan. Very interesting. It’s incomplete but unique nonetheless:

Looking at footage on YouTube the best is looking at all of the out of control political rants on the comment boards. I dare not comment but I do chuckle out loud reading some of the absurd things written. Someone even talked about in a really positive light the movie ‘Apocalypse 2024’, which I would guess to be similar to ‘The Day After’. And here is also some nuclear arm testing footage from the History Channel. Powerful stuff figuratively and literally:

I guess it could be a child-like complexity of wanting to have something that someone else has or the insecurity of being at a military disadvantage but after fighting for world peace for years it is still a conundrum to me why countries would even want to bomb another one in peace-time. The world works in complex ways but these movies try to simplify them. 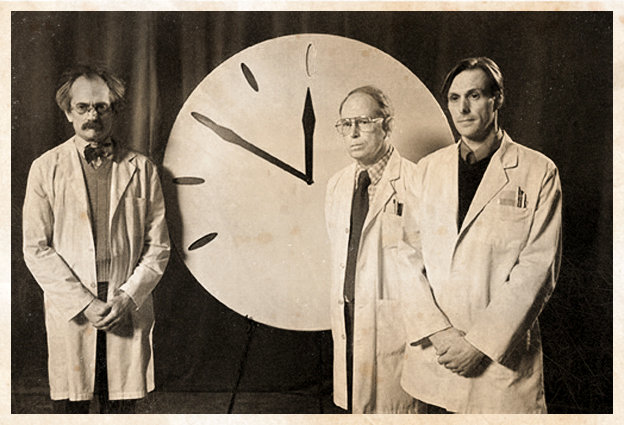 Before this blog post I wanted to view ‘Chinatown’ so I could get a glimpse at the latest film in our repertoire and transition into our in-class discussion tomorrow. I must say that I thoroughly enjoyed this film, I thought Jack Nicholson was just great; the fedora continues to transcend decades as it seems to be one motif of the film noir era. One of the biggest things I took away from this film was the stark contrast between the female characters of ‘Chinatown’ and ‘Laura’. In the reading we had by Laura Mulvey entitled ‘Visual Pleasure and Narrative Cinema’ she states at the end that women who have been ‘used’ in past film roles ‘cannot view the decline of the traditional film form with anything much more than sentimental regret.’ In my opinion I believe the main female characters of ‘Laura’ and ‘Chinatown’ provide us with both views of the spectrum. In ‘Laura’, Gene Tierney plays the role of Laura Hunt, who was characterisitc of the typical female role of damsel in distress needing to be saved, passive in character and frequently uttering a blood-curdling scream. In contrast, Faye Dunaway in ‘Chinatown’ as Evelyn Cross Mulwray plays a strong woman, mysterious for some parts of the film, wields a weapon and seeks for what she wants and is best for her daughter. This role discrepancy could be in part because of the difference of the period in which the films were released. ‘Laura’ in 1944, ‘Chinatown’ in 1974 closer to around the release of Mulvey’s work. I also want to note that I felt that ‘Chinatown’ had more of a darker and serious tone, maybe because of the more commonplace storyline that involved teenage pregnancy and family issues. In ‘Laura’ I honestly laughed at parts when I shouldn’t have. The screams made me laugh and I thought how Laura just popped up in the middle of the film was a little too convenient for the story writers. I want to note that the ensemble of actors and actresses  in ‘Chinatown’ was extremely prolific. There were classic actors in the leads such as Jack Nicholson and Faye Dunaway of course but supporting ones who have appeared in ‘The Maltese Falcon’ (John Huston), ‘The Creature from the Black Lagoon’ (Perry Lopez), ‘Rocky’ (Burt Young) to ‘Wayne’s World 2’ and ‘Seinfeld’ episodes (James Hong).

As for why ‘Laura’ made me laugh more than anything I think it could definitely be attributed to the time gap between when it was released and the present. We are subjected to such a more intense level of mystery and fear in current films because many directors today pull out all the stops when it comes to striking fear in an audience whether it be due to technological advances or the acceptance of what is allowable for audiences to view.

In contrast, ‘Chinatown’ struck a more serious-tone with me. I honestly felt bad in several instances in the film. We discussed in class how some movies allow us to ‘see things’ not necessarily on the silver screen but in life and I think to some extent this film does this. On a more recent level I would like to mention how after viewing it this past weekend, I feel that ‘Shutter Island’ is a prime example of film noir in the present. From the opening clink of bells to the ever constant ensemble of strings and bass riffs it is a mystery-thriller that is very noirish so to speak. Martin Scorsese who directed it even made the entire cast watch ‘Laura’ to get a sense of character. Here are some great articles I came across that connected ‘Shutter Island’ to the noir character:

I don’t want to give anything away from this film but take a look at the trailer and you can tell from this brief glimpse that it is almost a time-warp. We are instantly taken from 2010 back to the age of film noirs in the 1940’s-50’s. And of course in addition to the music, plot structure, twists, turns, mystery, setting and lighting no film noir would be complete without the appearance of a fedora, which make a strong appearance in this film.