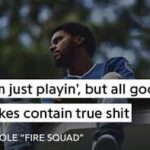 THE RIDDLE by Geogia Douglas Johnson.

“My Race” written by Helene M. Johnson and “The Riddle” by Georgia Douglas Johnson starts as described; a riddle. A mystery. A puzzle piece. A riddle is usually associated with a game and associated with a joke. It is also something that is challenging and a brain-strengthening activity. M. Johson and D. Johnson’s poems are thought-provoking for the reader. Both poets invoke the question of did they intend to make a joke about what their publisher, Opportunity, is trying to achieve for the New Negro?

M. Johnson does not go into immense detail about the race she is referring to in her poem. M. Johnson could not possibly be discussing the white race. Yet, maybe she is discussing the race of a poor white person in Harlem. During this period of slavery, poor whites equate as slaves. Poor whites were indebted to wealthy white slave owners. They were hired as overseers of slaves but owned none. They were hired as overseers of the land but owned zero acres. They equated slaves in the social hierarchy as some could not read or write ( “Poor Whites and Slavery in Antebellum South”, Keri Leigh Merrit 1). Poor whites were also disadvantaged like the New Negro when they became freed people (Merrit 1). The crucial difference between poor whites and slaves is their experience; poor whites held roles of importance and the degradation of slaves. The New Negro was never able to have ownership roles or truly degrade each other. M. Johnson is also interpreting that although she might describe her feelings in this poem, they will materialize to the reader as minute words. Words of nothing. They become words of “Careless mirth”(“My Race”, M. Johnson). In other words, the New Negro’s strifeful experience could be placed in Opportunity for eternity, but, the marked and integrated audience will not care or understand. That is the inside joke; the audience will not commiserate or care enough to solve it. M. Johnson wants the audience to comprehend but is not innocuous to the integrated audience of Opportunity. M. Johnson writes this poem as an internal joke and hopes the audience will laugh with her. M. Johnson is criticizing the goal of the Opportunity which is to appeal to a grander audience other than the New Negro. The poem could resonate with any race, however, this poem was written by the New Negro; for the New Negro.

Georgia Douglas Johnson does the opposite of M. Johnson. She begins her poem with the race she intends on discussing. The title and the concept are a riddle. However, D. Johnson understands that it is not funny. She does not care whom she offends. Her poem is more complex. The New Negro, whose ancestors were unwillingly integrated with the white man for profit, understands the concept of “uniting and blending”(“The Riddle”, D. Johnson). The integrated audience will not understand this concept. The joke D. Johnson makes is that a select few will understand this struggle and history will solve the riddle. The unchosen will not and that is her inside joke; that is true s**t. Similar to a rainbow, D. Johnson comments on the descent the New Negro faces in their newfound lives. A rainbow is comparable to the Gateway Arch in St. Louis or a negative-faced parabola. After a certain point on these arches, the New Negro resides in the area of downward slopes of the arch. The New Negro does not reach the break-even point; they do not reach the top of the rainbow. It does not matter if the New Negro is mixed with “White man’s”(D. Johnson) blood. D. Johnson’s words are illuminating. Her riddle is highly thought-provoking. Her poem is based on her experience as a mixed-race woman during the Harlem Renaissance (“Georgia Douglas Johnson”, Nick Lamb). Her words are true s**t. D. Johnson mentions a triton, which is a “demi-god Triton a Son of Poseidon and Aphrodite who in mythology was half man half fish” (Lamb 1). D. Johnson upholds the perspective of solely a black person, even though she is mixed race. She understands that despite being a white man’s child in a black man’s skin (D. Johnson 1), the New Negro will never be included. The New Negro will always succumb to the pull of gravity on the arch of a rainbow; that is true s**t.

D. Johnson and M. Johnson introduce their personal and crucial statements about the New Negro experience during the Harlem Renaissance. Both New Negro women are using Opportunity to highlight and focus their voices on their experiences in a society that did not have them in mind. Both New Negro women are inflating that the integration of the audience and writers in Opportunity to highlight the issues the New Negro face is an act ludicrous. They create puzzles through their poems to further emphasize the dark humor in expecting the white audience to understand the New Negro experience through Opportunity. They make a good joke. And as one knows, a good joke contains true s**t!