I find David Blight’s book Race and Reunion: The Civil War in American Memory, to be very incisive because he brings back the unheard voices and memories of neglected African-Americans who participated in the Civil War; in order to bring forth the truth behind the biased history imprinted in our culture. African-American soldiers should be honored and given credit to because they are also heroes who sacrificed their lives for the Civil War just like the White soldiers. Everyone would benefit from reading this book because there are always two sides to a story and we get to know the other side of the story of those who also participated in the war but was neglected. Blight’s book shows the importance of historical memory because there can be politically motivated bias in historical events, in this case he brings to light the truth behind politically motivated bias of historical events that took place in the Civil War.

One example of a historical event that is remembered differently is the Rape of Nanjing. Many Chinese men and women suffered from barbaric treatment by the Japanese invaders. Many thousands of women were rape, brutally injured, mutilated and killed. However the Japanese are in denial of these actions. Japanese school textbooks, historical works, or newspapers never mentioned anything about the Rape of Nanjing. This shows that Japan is putting this historical event under the covers and pretending that this massacre never happened, their actions prove that this is most definitely politically motivated. Japans’ denial prevents its whole nation from facing history and the truth. 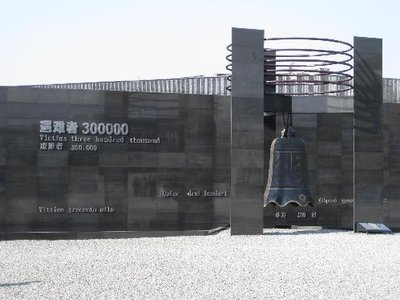