When United States voters elected Herbert Hoover, who had established a worldwide reputation as mining engineer, writer, and war-relief administrator, 31st president in 1928, the country was enjoying an industrial and financial boom.

Zimmerman Telegram is one important reason why the U.S went to World War I. Foner talks about how the Zimmerman Telegram was made public by the British spies in March 1917. He says how the German foreign secretary  Arthur Zimmerman call on Mexico to join the war against the U.S and promised to help recover their territory lost in the Mexican War of 1846-1848. I think that Foner basically covered most of what the Zimmerman Telegram was.
A revolution in Russia overthrew the czar and established a constitutional government making it more plausible to believe that the U.S would be fighting on the side of democracy. The war resolution was passed the Senate 82-6 and House of Representative 373-50.

Foner’s coverage for the sinking of the Lusitania is a bit broad, he should go more in depth about how Americans reacted to the death of several Americans on the ship and how this incident changed Americans perspective and got them involved in World War I. However Foner gave a good general overview of the background of what began before and after the sinking of the Lusitania. Adding onto Foner’s coverage, on May 7, 1915 the Lusitania was carrying about 1,900 passengers across the Atlantic Ocean. Soon being spotted by the Germans, their U-boat launched a torpedo into the Lusitania; it took 18 minutes for the ship to sink. Among the passengers that were killed were 124 Americans. The sinking of the ship and the deaths of several Americans had an intense impact on the United States.

02/28/11
•Read Foner, Chapter 19
•Identify one important change that occurred (or began to occur) in the U.S. during World War I and has not yet been written about on the blog for this assignment.
•Include an image (political cartoon, photograph, painting, etc.) that represents the change.
•Write one paragraph critiquing Foners coverage of the topic.  How complete is his coverage of the change?  How does your image change or add to the history that Foner presents?
02/28/11 In a time where demands of cheap and avaible meat far exceeds what the local butcher could put out, slaughterhouses have become the only option. Eating meat is a part of daily life, and people barely wonder where it came from before it was sold off on the shelter of supermarkets with their nicely wrapped packages.

It wasn’t until 1906, when the novel “The Jungle” was published that people began to question and become aware of what actually happens behind the scenes. Due to the public outcray cause by the book, the government immediately took action and form the Food and Drug Administration also known as the FDA.

In the photo above, Ford’s perfection in the assembly line was efficiently adopted to “eliminate loss of time between each operation and the next, and to reduce the energy expended by the worker on the manipulation of heavy carcasse.” During the progressive era, economic development and special interest groups would deplete the resources of the environmentand cause irreversible damages to the landscape. In reponse to this, Roosevelt began to turn federal lands into national parks in order to conserve national resoures and to protect the environment. Although land was set aside to preserve nature, activities suchs as logging, mining, and construction were not come to a complete halt but was  limited. 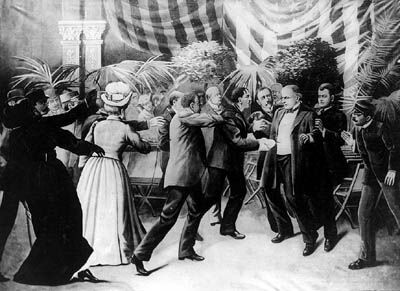 Women were gaining momemtum in the 1900s fighting their hardest for rights. They were able to gain power in the labor force and were now demanding rights as a citizen and equal human being. The movement demanded that the government expand laws to include women and to stop the discrimination based upon gender. Rights such as abortions, voting, and more working power came into effect because of the women who fought so hard during this time

Jacob Riis was a muckraking journalist. A Danish American immigrant, he went through poverty himself, and as a photo journalist he was primarily interested in bringing up the issues of poverty in his pictures. The main subject of his pictures were the awful conditions in which poor people had to live, he photographed slums, tenement houses, lodging houses in the city. His first major work published in 1889 called “How the other half lives” generated a lot of public attention. It was an illustrated account about life in the city. After the book came out NYC Police Commissioner had to close down the lodging houses that were featured in the book.

In 1917, US Congress passed the prohibition act which prohibits the manufacture, transportation and sales of alcohol.  However, drinking alcohol is not prohibited.  The following picture depicted an alcohol retailer is closed because of violation of National Prohibition Act.  The alcohol beverage is prohibited in public. Although alcoholic beverage is prohibit for manufacture, transportation and sale, drinking alcohol is not prohibited which created opportunities for alcohol smugglers.  After the Prohibition Act is enforced, many people started to sell alcohol as bootleggers. This was social movement aimed for reform in the United States. The goal of this movement was to bring unity in a community amongst the rich and the poor. This in action would promote a more interdependent community. One of the more famous settlement house’s was founded by a woman by the name of Jane Adams in Chicago. This movement encouraged the diffusion of culture, knowledge and education in poverty stricken and low-income neighborhhoods. picture traced back to www.uic.edu

In 1912 immigrant textile workers in Lawrence, Massachusetts, led by the Industrial Workers of the World, went on strike when their wages were lowered in response to a law shortening the work week. The courage of the female workers, who were willing to brave frigid weather as well as police and militia in order to march on picket lines, led to the strike being identified as the “bread and roses” strike.
I.W.W. leaders Bill Haywood and Elizabeth Gurley Flynn moved in and helped organized the strike, which was opposed by the AFL as being revolutionary.