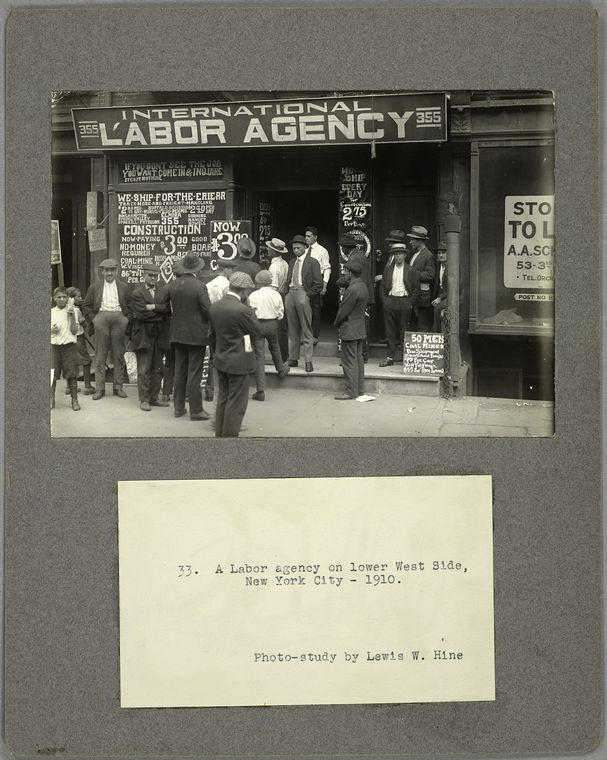 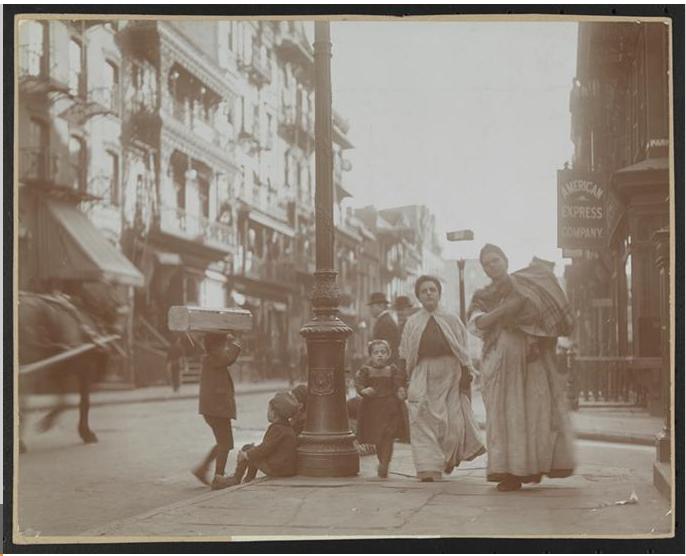 The first image shows a scene in front of a labor agency. We can not see any women in the crowd, but there are children. This is representative of the current demographic structure on the labor market overall. In 1900, a census year, only 19% of working age women participated in the workforce, while in the same 1900 1.75 million children of age 10-15 y.o. were “gainful workers”. It was comparable with the amount of “non-white” workers, which totaled to 3.8 mln people (source: http://www.bls.gov/opub/cwc/cm20030124ar02p1.htm). To put the dollar sums visible on the ad board into the context, the average price of bread in 1912 was 5.6 cents/pound (http://www2.census.gov/prod2/statcomp/documents/CT1970p1-06.pdf).
The second photo is showing women on Mulberry str., area heavily populated by Italian immigrants. The picture is very different from the first one, so I will not go into differences of the two photos. What I found interesting, however, was the sign in the background saying “American Express Company”. Turns out currency exchange was a big business because of the constant flow of new coming immigrants. Particularly there were a number of private exchangers on the Ellis Island, who were not always honest with their clients. In an attempt to control the flagrant practices US immigration department in 1905 made AmEx the first company officially authorized to handle currencies exchange for the immigrants on Ellis Island. Apparently they had branches in other areas of the city, as we see on the photo.

One thought on “1910 Labor agency and American Express”