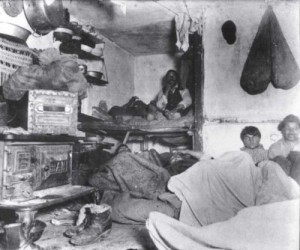 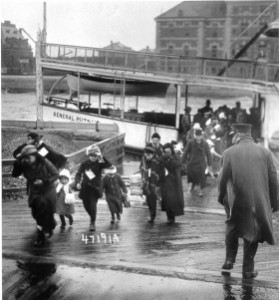 This photograph, take in 1910, depicts the arrival of russian-Jew’s in Ellis Island

Towards the end of the 18th century, the Russian Czar, Alexander ii was assassinated in the midst of implementing his reforms for the jewish community. After the assassination, riots began to form that mainly targeted the Jew’s and the jew’s were blamed for starting the riot’s. Due to the hate crimes that ravaged russia at that time, many Jew’s began to immigrate to different part’s of the world but mainly to the United States because of overly exaggerated rumor’s of hope and oppurtunities that can be achieved. By 1924, about two millon Jew’s immigrated to the United States to escape from persecution from their homeland.

Many Immigrants from Italy immigrated to the United State’s in search for a better life filled with economic oppurtunities. Many italian immigrants settled in different regions of America but most Italians settled in New York. By 1910 about 500,000 italian’s had settled in New York. Upon arriving, Italians occupied jobs that did not require much skill’s or education such as construction worker or janitorial services. As for their living conditions, their living conditions were horribly crowded and very unsanitary.

2 thoughts on “Land of Hopes and Dreams”