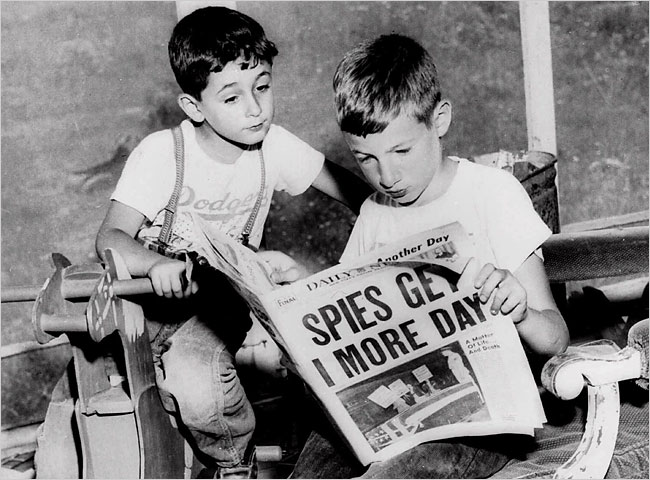 Spy trials created many controversies. One such controversy is the trial of Julius and Ethel Rosenberg. During the Cold War, they were the only two Americans to be executed for espionage-related activities, which resulted in their execution in 1953. Although he was later found guilty in 2008, when co-defendant Morton Sobell admitted that they were guilty of being Soviet Union’s spies, the information they passed on were of little or no value to the Soviet Union; if anything, they only helped speed up the process.

The spy trials had very little effect on today’s world but I’m sure it implemented fear to the citizens of the United States as they would be suspicious of everyone around them. Although this one trial took the lives of these two people, there were many other trials that caused many other people to be imprisoned.

3 thoughts on “I Spy With My Little Eye, A Soviet Spy”