In the 1950s, the Beat movement was led by a group of poets and writers who deviated from the behaviors and values of mainstream culture. In the 1960s, many movements were also started for the pursuit of a common cause. For instance, the environmental movement began as more and more people became aware of the growing dangers of water contamination, air pollution, and the threat of extinction of certain animal species. The movement received bipartisan support. During Nixon’s presidency, Congress enacted many legislations including the Clean Air and Clean Water Acts and the Endangered Species Act to ensure the quality of air and water and safety  of animals. In addition, on April 22, 1970, the first Earth Day was launched, which attracted many youths to come to the rallies, concerts, and teach-ins.

The Environmental movement had roots in the 1950s because the previous decade was a symbol of consumerism. People were obsessed with their individual desires and ignored the impact of their actions on the enviornment. People pursued the American dream vigorously by purchasing more cars just becaues they could. In the 1960s, people began to realize that there is a consequence for their actions. Therefore, the environmental movement was to undo the spoils of the 1950s. 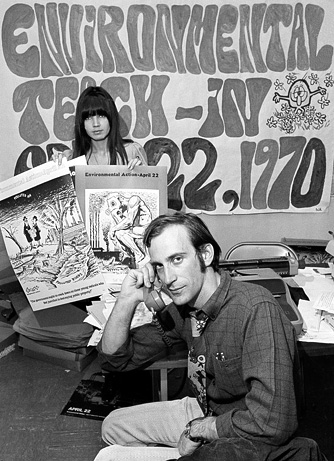