1) Write at least two comments in response to this post discussing how Richard Nixon, Jimmy Carter, and Ronald Reagan have been remembered after their presidencies. 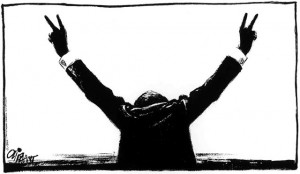 If possible, spread out your comments by at least a few hours so you can enter at different points in the conversation.  I encourage you to include links to other web pages that support your points (e.g., news articles that review the legacies of one of these presidents).  Be specific about the source(s) you are using for evidence.

54 thoughts on “Assignment due May 9”