Multiculturalism is a strong part of American society today, but this identity has been a part of American history since the 1900’s. Considering the facts, yes America did have its share on racism, but today proudly considers itself the land of equal opportunity irrespective of culture and place. Immigrant culture, minority groups and different languages, metaphorically speaking makes the U.S. a “melting pot.” An influx of Hispanics and Asians led to increasing demands from other minority groups already staying in the nation, thus leading to the period of civil rights movements.

The start of multiculturalism goes as far back to the 1950’s. This movement entertained issues like discrimination, inequality and oppression. Social recognition further encouraged the idea of America being a plural society, with many different cultures and people from different socio-economic backgrounds. Multiculturalism, was not however always welcomed with open arms. Earlier on critics did not allow it to become official policy, but today it seems as if we are working to maintain or better this policy to look outward to other cultures by supporting and welcoming people from other countries 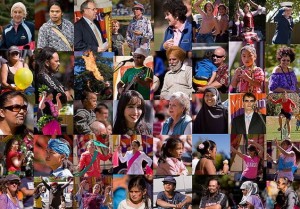 to come get an education and work  in the U.S.