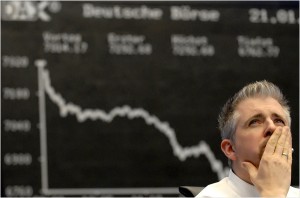 The result of the 2008 financial crisis, which devastated revenue and increased the cost of programs like unemployment insurance. Republicans are giving further evidence that they don’t really care about budget deficits. Regulation that limits the frequency and size of financial crises, combined with rules that let the government strike a good deal when bailouts become necessary.
http://www.nytimes.com/2011/05/02/opinion/02krugman.html?_r=1&scp=5&sq=government%20regulation%202008%20&st=cse
In 1980s the United States managed to avoid large bailouts of financial institutions. The modern era of bailouts only began in the Reagan years, when politicians started dismantling 1930s-vintage regulation.