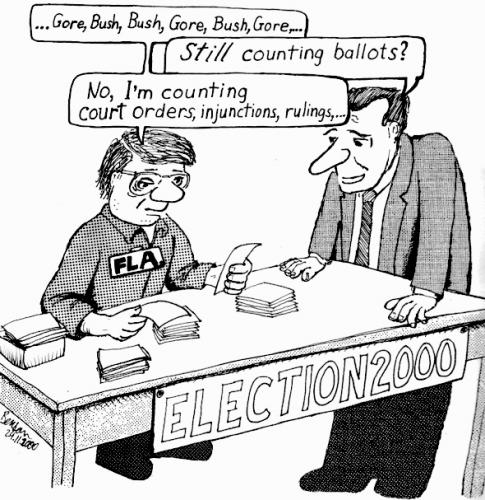 "I don't care who wins anymore, I just want to stop counting."

The 2000 election was definitely a shocking one. There has not been such a close election since 1876 and the outcome of the election was simply stunning. Bush had won the state of Florida by a shocking 537 votes. Although the 2000 election could easily be explained and covered with no difficulty, it is interesting to imagine what could have happened. If only Gore’s request for a hand recount was able to be finished before the dead line of December 12th (safe harbor deadline),the 2000 election may have had a completely different result. For all we know, the United States would have had Al Gore as president from the time of 2000-2008. Imagine the different policies and approaches he would have approved while he is in office.