In 1925, there was a trial of a Tennessee public school teacher, John Scopes. Scopes was said to have violated the state’s Butler Act which forbade teaching evolution. Scopes was convicted but later appealed and the judgment was overturned due to a technicality. The trial (also known as the Monkey Trial) was actually a publicity stunt in order to gain Dayton, Tennessee some attention. Scopes even convinced students to testify that he taught evolution in class. Regardless of this back story (which was unknown to me) this trial is a very important part in scientific history as well as that of the United States. It indirectly contributed to the National Defense Education Act as well as struck a blow to fundamental theologians. The video posted above is a collection of pictures and recordings from the actual trial as well as scenes from the 1960s movie, Inherit the Wind. Within the video you see and hear every major player in the trial including, William Jennings Bryan and Clarence Bryan. 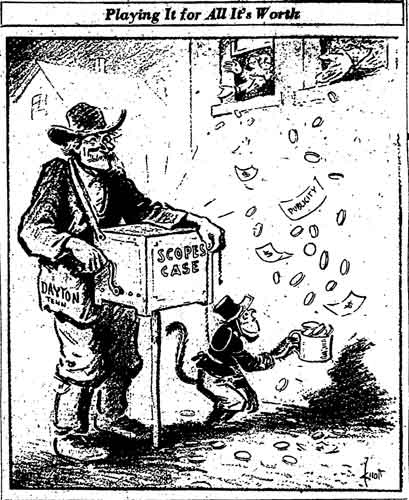