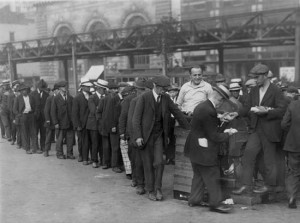 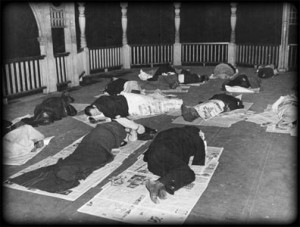 The Great Depression began in 1929 and lasted until the late 1930s and early 1940s. There was a sharp decline in profits, personal incomes and tax revenues. Businesses were failing rapidly and many people became unemployed and homeless. The two images shown above portray how the Great Depression greatly impacted their lifestyle. The first image have multiple pictures combined, it shows people of different backgrounds besieged with the same problem. The second image shows homeless people sleeping on the streets. This resulted from high unemployment rates, causing many people have no source of income to support themselves.