The first song depicted in this blog is Sam Cooke “A Change is gonna come.” This song expresses feelings about the Civil Rights Movement. The song was released shortly after is death in 1964. The second video depicted is Lil Wayne’s song called “Georgia Bush.” The song expresses his feelings about the causes and actions of the president during Hurricane Katrina. This song was released in 2008 during the devastating event of  Hurricane Katrina.

Both songs relate to one another by showing that the government is acting unfairly to African American people. They also show how these are normal people who deserve a change in their lives. The main way for change is through equality. Situations that arise in the 1960’s could have been handled differently as well as the situation in Georgia.  Both artists sing of hope for the African American people. Sam Cook expresses this by saying he knows that change is going to come after a long time. Lil Wayne expresses this by saying that he continues to have his people in his prayers. The artists exemplify that there should be a major change among African American people and soon in their decade.

The voice of David Blight in the book Race and Reunion:The CIvil War in American Memory sparks certain interests in the history of the civil war because he attempts to uncover the truth to what many people try to leave behind. Many people seem to believe that slavery was not a big enough problem to have caused the division in such a powerful country. A number of people took enormous amounts of actions to make things right; some even risking their lives. Among those individuals were African Americans and those who were trying to aid in their emancipation. Blight does not overlook the heroism taken by African Americans during the Civil War. In fact, this is his central theme. Their roles ranged from fleeing from captivity in large numbers to fighting in the war for their freedom. Indeed slavery was the central problem and the cause; therefore Blight is able to bring this to the forefront in a tasteful manner and give credit to those forgotten. 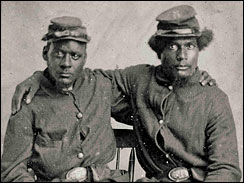 Everyone would benefit from reading this book because we all should know the truth about what occurred in the past. In this day and age, people have a tendency to forget events as time moves on. Politics aids in this lack of memory by showing favoritism to certain races in America, predominately the white population. A prime example in this time was the event of Hurricane Katrina. This event was remembered in different ways by many people. The truth behind this devastating time was that aid took a long time to reach New Orleans because it was mostly populated by African Americans. Although some people would want to argue that the conditions were horrible therefore other plans had to be thought up in order for help to get into the state; others may argue that the president of the country was unaware of what was going on in the country he was running and there was no plan thought up in case of emergencies. Until this day, New Orleans is still not repaired to the beautiful lively area it once was; still leaving many African Americans homeless and forgotten.The book review sheds light on the fact that American History is very significant and all of the what may seem to be small details should be recognized because such events as Hurricane Katrina which happened many years after the Civil War will continue to occur and certain people will continue to be forgotten or left behind. 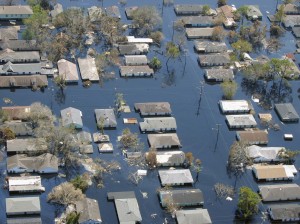