In “Race and Reunion: the civil war in American memory,” Civil War is viewed as a war for reunification rather a war for equality.  As Eric Foner mentioned in his review, “rather than the crisis of a nation divided by antagonistic labor systems and ideologies, the war became a tragic conflict that nonetheless accomplished the task of solidifying the nation.”  Although Union army believes in equality for all mankind at the beginning of the war, the ideology behind the war changes after the war broke out.  During the war, there are almost 180,000 African American joined the war and many had died for the cause.  The war ends with Union’s victory.  However, African Americans are still treated unfairly as second class citizen.  Many people see the South’s defeat as defeat on battlefront, but victory in ideology and memory.  Due to such ideology, many African American who fought during the war was totally forgotten after the end of Civil War. 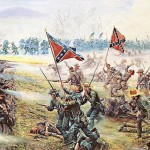 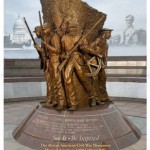 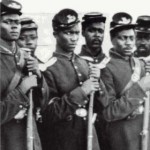 The winner writes the history.  The book contains both Union and confederate’s ideologies for war.  It is interesting to see how the ideology influence both North and South after Civil war.  By reading the book, any reader can have an understanding of Civil War and reasons for war.  Moreover, people can relate the American Civil War with other events in the world.  Being a Chinese, the most unacceptable thing is to hear denials from Japanese officials on World War II invasion.  Many of the Japanese students were educated with the ideology of their invasion during World War II is a holy war to create a greater Asian empire.  Many Asian countries has suffered greatly from the war.  many people are slaughtered like animals to satisfy soldiers’ cruelty.  However, all these negative images are prohibited and twisted in Japanese history due to Japanese Government’s political motivation to justify their mistake.