An English and Yiddish sign asking for people to support the strike, by saying, “Help the garment workers in their fight for bread and freedom,” The Uprising of the 20,000, New York, New York: ca. 1910. From the Kheel Center at Cornell University. Strikes on the picket line, The Uprising of the 20,000, New York, New York: February 2010. From the Library of Congress.

In the two photographs, it illustrates the dynamics of the Uprising of the 20,000 strike against the New York’s garment factories.  The strike, which began in November 1909, was the result of the incident at the Triangle Shirtwaist Company, where workers died because of the failure to  monitor the working environment. Immigrant workers, mostly Jewish women, were employed in the garment factories. In the first photograph from the Kheel Center at Cornell University, a sign in both English and Yiddish asked for people to support the garment workers win the battle in order to have “bread and freedom.” One of the primary concerns that the workers protested against their employers was safer working conditions. This photograph shows that the garment workers needed all the help and support they can get. The fact that the sign is in Yiddish shows how Jewish immigrants are deeply affected by the garment industry. In the second photograph from the Library of Congress, it shows two women on the picket line during the Uprising of the 20,000. These women look proud to be on the picket line as they are seen smiling at the camera. The women are portrayed to be bravely supporting their cause as they wear the signs with pride.

Back in the day, when there was no computer or any other technologies, historians had to collect the historic facts from the words of people or the heritage that has been preserved. Recently, the Library of Congress claims that they would “digitally archive every public tweet.”(Lauren) That means whatever you have post on Twitter, including pictures, videos, status, comments, will all be archived digitally in the Library of Congress. Like what Lauren mentions in his or her article “Archiving Tweets”, Twitter processes more than 50 million tweets every day, with the total numbering in the billions. Now the future historians will not need to dig through textbooks, all they have to do is to look at what the Library of Congress have digitally archived.

In the future, due to our new technology, historians will probably just get the information from the Library of Congress, and see what us, this generations have done. It is very different from the past. I remember for Chinese history, historians usually have to walk door to door to interview people who have been through any historic events. But since now, the Library of Congress has declared to archive digitally every public tweet; it is easier for future historians to get the information. 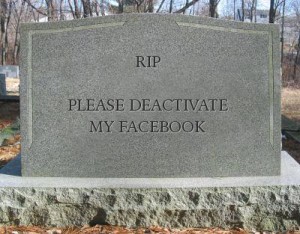 However, is everything on the Twitter relevant and true? Not really, and people will have NO PRIVACY at all. K.C. Johnson asks the question “How does the United States Government store its secrets? In shoeboxes?” If everything we have done will be observed by the government, then what about the secrets of the government, who will know the inside stories?  Finally, not only that we do not have our own privacy, it is also irrelevant to collect facts from Twitter.

I do not see the point of archiving the billions of tweets on twitter in the library of congress.  If the intention is for historical purposes I would contend  that billions of tweets are too much to sift through to be historically relevant. Historians already have enough trouble sifting through the surplus of information out there.  It would be much more productive not logging the tweets themselves but rather the trending topics.  With the trending topics you can keep track of what the hot button issues of the times are. Seeing what the most searched topics are on search engines would also be a suitable tool for historians. Blog posts and things of that nature are much more formidable tools for historians and are all meant to be publicized.

My biggest problem with this though is the privacy issue.  Not so much so about the tweets but about where it made lead.  This could be the start of a troubling trend.  It seems like the government time and time again moves the line governing privacy closer and closer into our personal space.  This is the first step in a process that’s sure to get worse. We should learn from the Allie’s mistake in world war 2 and stop Hitler at Munich. We need to draw a line. 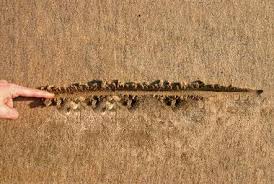 At this fast pace of twenty first century, with the technology boom and the ubiquity of the internet, unprecedented paths have and are being trodden to sweep modern society by its feet.  Technology have changed the world  in almost every category in the past decades, from the way we  communicate to the way we commute. Nothing is bared, not even the way history is made and recorded!

Now a days one doesn’t have to raise a flag in revolution to make history, but just post a tweet on it and you might have millions on your side to join your cause! Also with the news of Library Congress’s decision to record every tweet made, it will provide historians another outlet to data mine for significant events to record it in their books  for our posterity. One might also be concerned about the privacy issue that the social media sites like Twitter might have, but it reminds me of a saying “If you want to keep a secret, you have to keep it from yourself”, I think its something we’ll just have to adjust to and be mindful of what we do online.