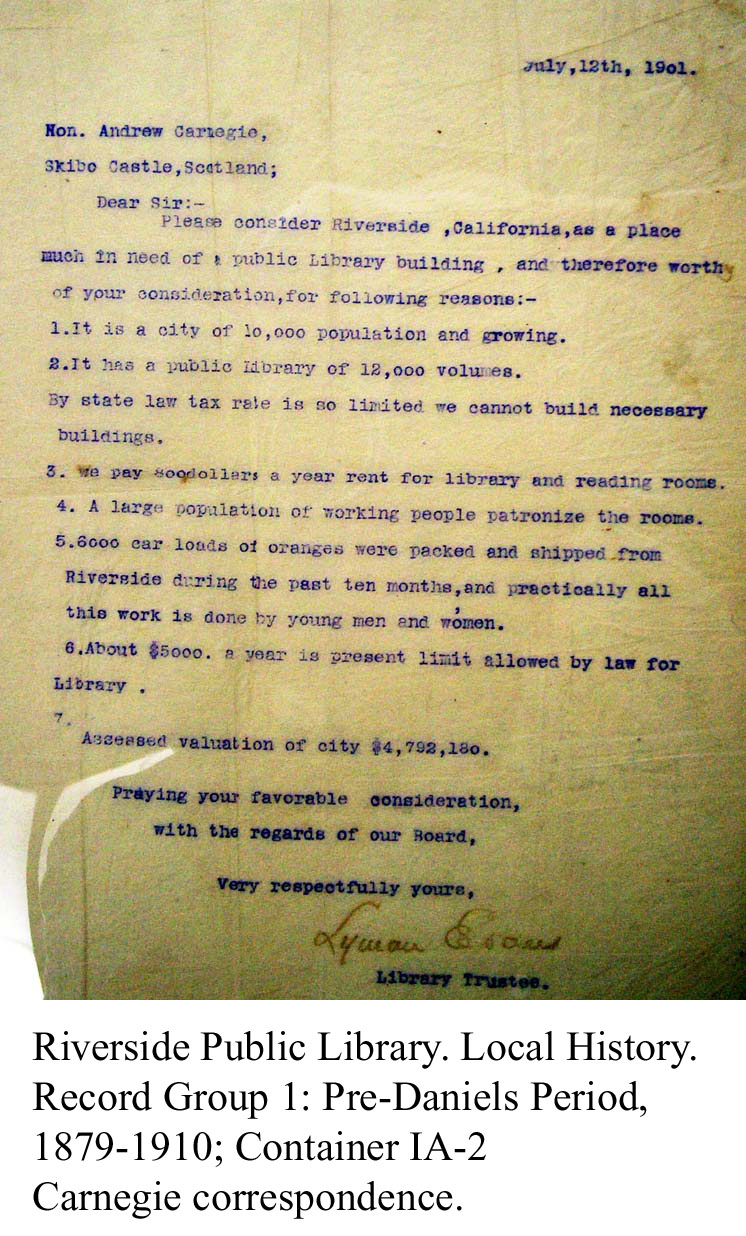 This a letter from a library trustee to Andrew Carnegie asking for a grant to open a public library in Riverdale, California. According to Foner, “Carnegie dominated the steel industry and had accumulated a fortune of hundreds of millions of dollars”. As we all know Carnegie gave much of his fortune away. My question is why couldn’t Carnegie also use his “hundreds of millions of dollars” to pay his workers more or  provide better working conditions for them?

Carnegie  was only one of many business employers that gave most of their fortune away but still took advantage of their employees. How are they “promoting the advancement of society” while exploiting their workers? Doesn’t their exploitation take away from the workers quality of life? I believe they could have promoted the advancement of society by letting workers organize unions and give them a safer work environment. Also, the government could have helped the workers fight for their rights more.