I use many social network as a source of my communication such as the Facebook,but I never use the twitter and I don’t know how that works. From My experience with social networking, either messaging on AIM or MSN, I rarely chat about anything important particularly but I do spend most of my talking there. With the issue of archiving Tweets, I am sure that millions of users use that as a major source of communication and they sure will do a lot of chatting and socializing there. When government archive the tweets, they are able to track down any chat history. It can be an advantage because they may discover conversations that post a threat or do harm to the society. Well with such advance techonolgy, that invaded our rights to privacy, hypothetically, if someone really want to post a threat to the country, I think they will do in a more secret way like mobile phone or mails unless the government is tracking down those too. Overall, I think archiving the Tweets can store massive amount of people’s conversation that can tell something about these people and what is like during that period of time. 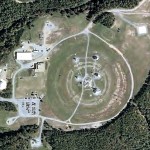 Great Britain, general Andrew Jackson kept on fighting because the army did not have any advance technology to communicate with once the peace treaty was signed. Nowadays, we have texting, internet, all kinds of advance technology that can make communications across the globe happen within seconds. With that being set, the government can take advantage of the high tech, to keep the secrets to themselves and perfom underground diplomacy or any kind of national act without the public’s realization. Like how Wikileaks trying to reveal the true story of the Irag War, the government are trying their best to contain their top secrets. I think the Wikileak still has some validity issue whether if their sources are reliable or not.