The David Blight book sound very interesting because it sound like a different book that’s not only expressing different views but also questioning them. Its a book about the story behind a story. I think that anyone reading the book will benefit from it because they might learn something new and change their perspective on what really happened during the Civil war. From the reading the book review I realized that memory is a very important part of history. For example, before books history was passed down from generation to generation through stories that were  told from memory. 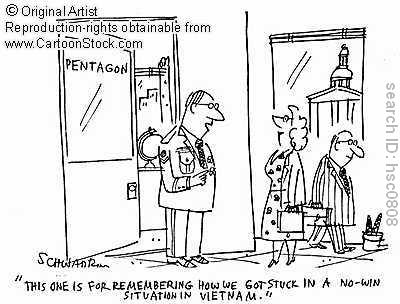 I believe that all shared experiences are remembered in different ways. For example, the war in Vietnam. Some people might say that the war was justified but others will say that it was  not only a waste of money and time but many lives were lost unnecessarily. Also, one can say that the war in Vietnam was worth it because it showed that the US was not a force to be reckoned with.  The war in Vietnam was politically motivated because it was during the time of the Cold War. During that time there was a lot of political tension between the communist and democratic countries.

Afterthoughts:One of the main points of the book review is there are different memories of the Civil War. In these memories some facts were suppressed and others facts were turned simply into something that couldn’t be further from the truth. Since “memory is a product of history” is history just simply a figment of our imagination since its building blocks are made up?

Citations:
Title is a quote from Barbara Kingsolver, Animal Dreams.