The Film “Harlan County” details  the conflict  between two groups, the United Miners Workers of America and the Duke Power Company. At first glance the conflict seems incredibly one sided. The Duke Power Company had an overwhelming amount of resources, including but not limited to,  a seemingly infinite supply of money, strong political clout, and hired thugs. To oppose that the miners have only one strength, and that is the bond that share with one another. That bond is the core of what makes Unions work. When we discuss whether unions are a positive part of American Society, we need to remember that. Unity is the only way a small scale worker can have any sense of power against a strong adversary like the Duke Power Company. The Miners in film had complete faith in one another, even when the outlook seemed bleak. Unions provide that outlet of community and family in which the individual becomes a part of something bigger than themselves. Unions are a basic building block of a successful democratic society. They allow workers to stand a fighting chance against big employers that feel no obligation to provide for the people that make them the money they build their entire life on.

Harlan County, USA is a movie centered during the 1970s discussing the “Brookside Strike.” The movie takes place during the 1970s in Brookside Mine and Plant in Harlan County, Kentucky. It surrounds the lives of a few hundred mine workers and their wives fighting the Eastover Coal Company and the unfair working conditions that it provides. These families along with their corrupt union fight for better working conditions, salary increases and much more. The battle proves to be extremely challenging as the Duke Power Company refuses to budge and violence is seen as a result.

The strike began in June 1972 with the UMWA depicting the terrible working conditions that they were a part of. The interviews showed workers with black lung disease and no money to get through modern life, highlighting the inability of older generations to ever retire. The UMWA is corrupt, in which Yablonski fights for presidency of the UMWA and is later killed in the movie along with his family. The Duke Power Company clearly accomplishes this along with murdering (not directly) Tony Boyle, the past president as he is seen being extremely sick during the movie. These men were seen as threats to the organization. The movie also shows violence and fights between the workers and the organization. At one point there is even a strike that occurred in front of the New York Stock Exchange which exhibited the true horrors of the company as compared to the NYPD. They fight for long and finally get some of their demands, with hope of global bettering. 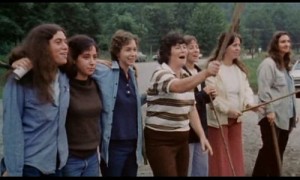 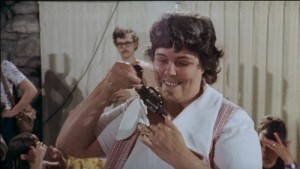 Harlan County, USA lays bare the incredible lives of coal miners in a province in Kentucky. Harlan County miners risk their lives working in hazardous coal mines, without proper safety measures, medical or retirement benefits. Listening to the narratives of former coal miners we see men in their declining years, decayed from years of being exposed to toxic dust. While watching these men I wonder what exactly they were working for, if not to one day be able to live comfortably in their old age. These men worked strenuously all their lives just to wind up as poor as they were from the start and dying of black lung disease. The bravery and diligence of these men is mind blowing, but we are also given a perspective of another remarkable group of people in the community, the women. Its hard to imagine the lives of the women of Harlan County, who must tolerate the fear of not knowing whether their husbands, fathers and children will come home that evening. From the scene where a mother must bathe her daughter in an uncomfortable basin because they have no hot running water, it is evident that these women are living under harsh conditions and are just as sick of it as the men. One of the ways in which women conveyed their stories of despair and willpower to make a change is through song, with lyrics that are real and passionate.

They take your very life blood, they take our children’s lives

Oh miner, won’t you organize wherever you may be

And make this a land of freedom for workers like you and me.

-“Come On All You Coal Miners” Sarah Ogan Gunning

The women of Harlan County play a significant role in the coal miners strike, we see large numbers  of  them on the picket lines with signs hanging from their necks trying to spread their word and collect donations. They put themselves in an equally dangerous position as the men, flooding the streets and blocking scabs from getting to the mines, risking getting shot at by gun thugs. These women are selfless and armed, and are willing to die in order to make their point made. They play an important role in the influencing the community, having meetings to promote the strikers and to encourage more members of the county to join them. Eastover Mining president, gives his views on the initiative of the women in Harlan County, saying “I would hate to think that my wife would play that kind of role. There’s been some conduct that I would hope that U.S. women wouldn’t have to resort to.” After witnessing the conditions these people lived in and how much they risked just to make barely enough to live, it is obvious why these women were acting out. These mining companies are blind to the fact that it is their ignorance that have left nothing else for these women to do but “resort” to such extreme conduct. Harlan County, USA is a incredible story about the working soldiers of America, both men and women- who fought to better their lives with a passion that is still uplifting to see four decades later.

In the documentary we watched in the class a lot of events and facts shocked me. For instance, an interview with one of the eldest coal miners who said that he went to work when he was 6 years old and he was made to work 18 hours a day.

The idea that a 6 year old child is going to work in a coal mine is terrible by itself, supplemented with the horrifying inhuman conditions and unreal long hours (18 hours) makes it unbelievable. I would go on strike too!

The rise of tension between the workers and the company executives creates feeling of a war. A war in the 20th century between citizens of the same color, the same country, the same state. People carrying baseball beats and guns not only because they are ready to fight, but also because it became very unsafe. A war where a woman carries a gun in her bra saying “You would be crazy not to carry a gun”.

The war, or fight rather, was for better working conditions, better wages, and fairer labor practices. During the time of the strike women demonstrated strong organizing and leadership skills, readiness to fight fearless along with their husbands for better life, for better future.

One of the other things that draw my attention in the documentary was the music created by people, the songs that were telling the stories and the songs that were sang during strikes like “We shall not be moved!” Singing this song while picketing on the road made the scene very powerful when the executive (one of their primary enemies) turned his car around and left. It felt like a victory, may be not a big one, but certainly a very important one.