Not everything in the Gulick files is explainable. Take the three handwritten letters from Poland that arrived at the Bronxville, N.Y., home of Luther and Helen Gulick in March and April, 1948. 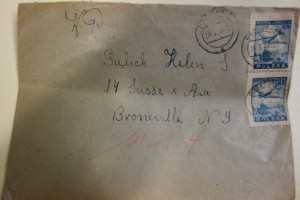 What’s so mysterious about that? you may ask.

Well, for one thing they all turned out to have come from the same person and said much the same thing.

And none of the three letters had ever been opened — although the last had a small section torn from the corner, as if the recipient had started to open it and stopped. That letter, too, remained unread, as it could not have been extracted through that opening.

Silently begging the Gulicks’s pardon (neither being around to ask), project archivist Aleksandr Gelfand set about carefully slitting open the envelopes and removing the contents. 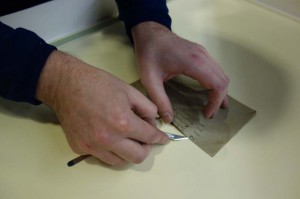 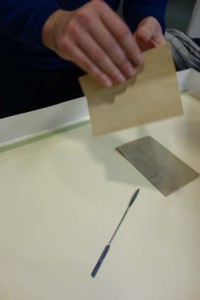 The letters, penned in careful Polish script, were postmarked March 23, 1948 (two of them on the same day!) and April 26, 1948. They were signed by one Zofia Zalewska  in Serwatki, a village in northeastern Poland.

The first two, addressed to Mrs. Gulick and all but identical began : “Dear Madam, I have received from madam packages  for my betterment  for which I am very grateful to madam for that aid helped to nurture my sick son, and I ask madam to provide more aid.”

The letter went on to plead “for help to clothe my family which has been reduced to difficulties because of the war.”

The letter to Luther a month later expanded on their suffering during the war and provided details: “There are 10 persons in the family, a husband and eight children from 18 to 6 years of age.”

So the Gulicks seemed to have helped a struggling Polish family after the war.

But who were the Zalewskas? How did they find the Gulicks? And why did Zofia’s letters remain unopened?

In Hamlet’s dying words, “The rest is silence.”