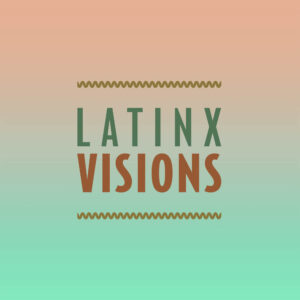 Latinx Visions is a podcast that explores Latinx media and culture in its many forms. The hosts, Dr. Rojo Robles and Dr. Rebecca Salois of Baruch College, discuss Latinx film, television, literature, art, and cultures. We consider how these works are perceived, analyze them, and investigate the real-world reflections and implications of that work on Latinx cultures and communities in the US and beyond.
In season one, we will explore Latina identities and artistic works created by Latinas of different national and cultural backgrounds. After a brief introductory episode about the podcast in which we introduce ourselves to the listeners, we will start the first episode by looking at Latina/Cuban representation in the TV show One Day at a Time. Future episodes will include an analysis of the queer Chicana film Mosquita y Mari, an investigation into the novel Clap When You Land by Afro-Dominican author Elizabeth Acevedo, a study of Latinas and creative writing as an art form, and an exploration of the Brooklyn-based grassroots organization, Mixteca and their work addressing critical needs in health, education, social and legal issues facing the Mexican and Latin American (im)migrant community in Brooklyn. Future seasons will likely revolve around topics such as Afro-Latinidad and the Latinx LGBTQIA+ community.
Twitter and Instagram: @LatinxVisions
Episodes
Season 1: Latinas
Episode 00 Introduction
Episode 01 Latinas on Television- One Day at a Time
Episode 02 Latinas on Film- Mosquita y Mari
Episode 03  Latina Literature- Clap When You Land
Episode 04 Latinas and Art: Creative Non-Fiction with Karla Cornejo Villavicencio