We are pleased to announce the winners of the 2022 Susan Locke Prizes in Environmental Sustainability in two categories: Research and Art. 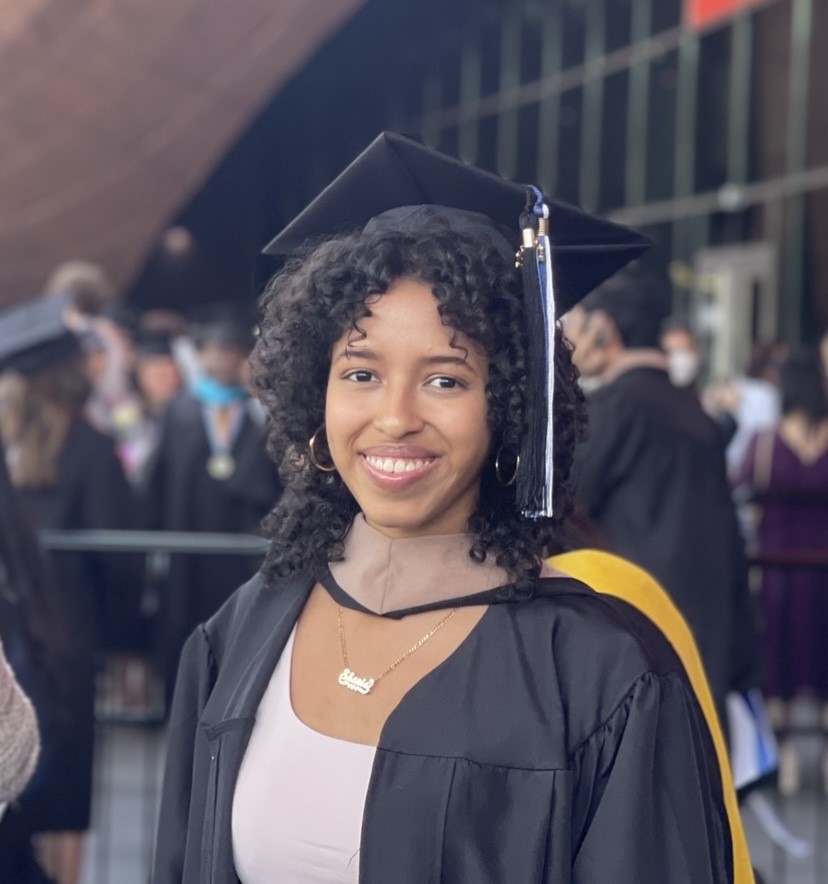 Shania Encinas won first prize for her paper “The Intersections of Undocumented Farm Workers and Climate Change,” written for for her course on Climate Justice with Black and Latino Studies chair Shelly Eversley.

Bio: My name is Shania Encinas. I am a senior graduating this Spring 2022. I am an International Marketing major with a minor in Black and Latino Studies. I plan to take a gap year, but volunteer at immigrant rights, mental health, LGBTQ+ rights and prison abolition organizations. I don’t plan to pursue a career that is similar to my major, but instead pursue being a clinical social worker. I will go for my master’s in two or three years and hope to own a clinic of my own providing easy accessible mental health care and social services to BIPOC communities. 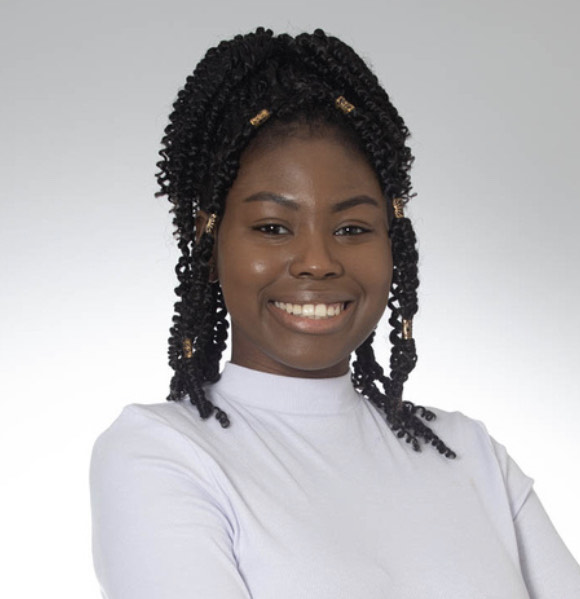 “In my video presentation, I share some lessons from Nature. I draw knowledge from the works of Dr. Alexis Pauline Gumbs and Dr. Beronda L. Montgomery. I make a case for the importance of centering BIPOC knowledge in conversations about climate justice. I also share some solutions to this issue. Check out 1% for the Planet. They offer many great resources and connections to other organizations from around the world.”

Bio: My name is Vieline Destine. I am graduating with my Bachelor’s in Psychology with a minor in Black Studies. This past semester I had the pleasure of taking my capstone in Black Studies. The focus of the class was to connect climate justice and racial justice. Before taking this class, I was unaware of this crucial intersectional issue. Earth is in dire straits and the people who are being affected first are BIPOCs and people in the Global South. Since taking this class, I’ve grown interested in pursuing a career in Corporate Social Responsibility. 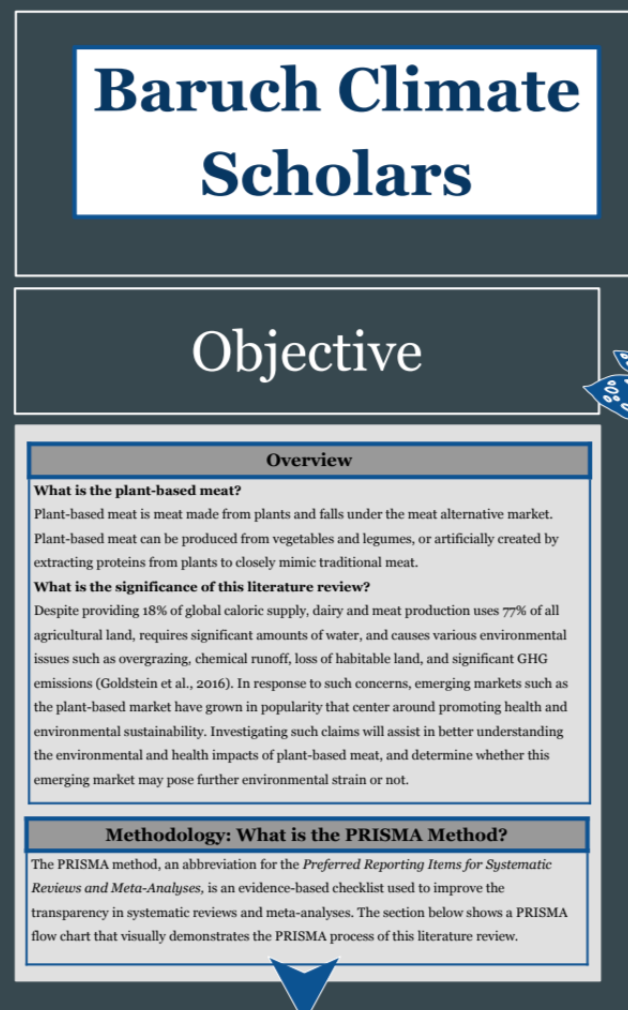 Third Prize: Climate scholar Hyosik (Hugh) Shin for his investigation into the sustainability and health impacts of the emerging plant-based meat industry.

Bio: I am a graduating senior from Baruch (summer 2022). I’ve devoted my college experience to the service of other students, and towards my last of my undergraduate years, I have focused more on the climate crisis and what I can I can do to not only better understand what it is and how it is and will affect everyones’ lives, but how I can help others understand this as well. 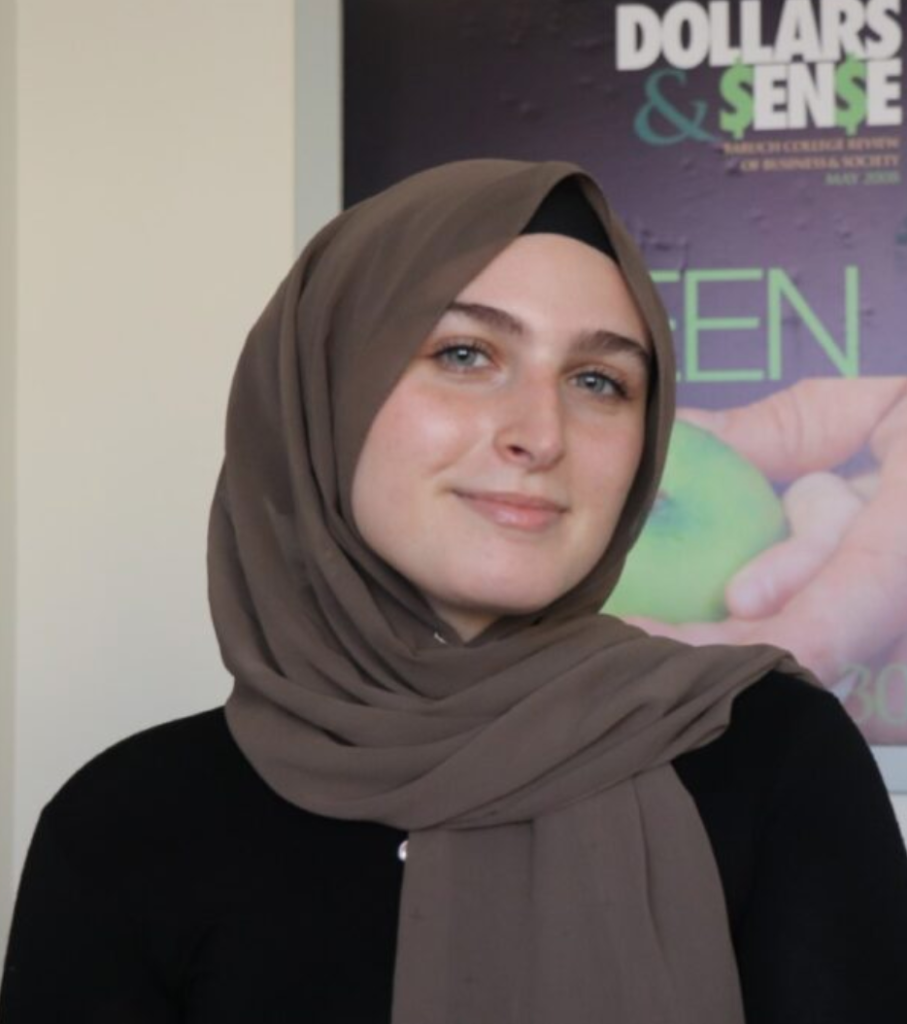 First Prize: Siddrah Alhindi for her essay and graphic art series “Having Faith in the Other,”  submitted as her final exam for this year’s Feit Interdisciplinary Humanities Seminar, Who Speaks for the Ocean?

“I completed a paper and media campaign by graphically designing a poster series that looks at the relationship between humans and whales. I explored animals through the lens of faith and scripture in my paper. The art that I decided to produce as a response to the concepts and thematics related to the ocean and non-human life was a graphically designed series of posters. These posters intend to be an environmental campaign for whales, ocean life, and the environment. The graphics reinforce the concept of looking at and listening to animals through a layer of spiritualism and religious scripture referenced through the Quran, the religious text of Islam.

Bio: I am a Macaulay Honors Junior at Baruch College with a major in journalism and a minor in film. I am also an editor for Dollars & Sense, Baruch College’s award-winning online magazine. My passion for journalism and multimedia and experience as a writer allowed me to have my work featured in several publications such as BuzzFeed News, The Macaulay Messenger, and other online magazines and blogs. 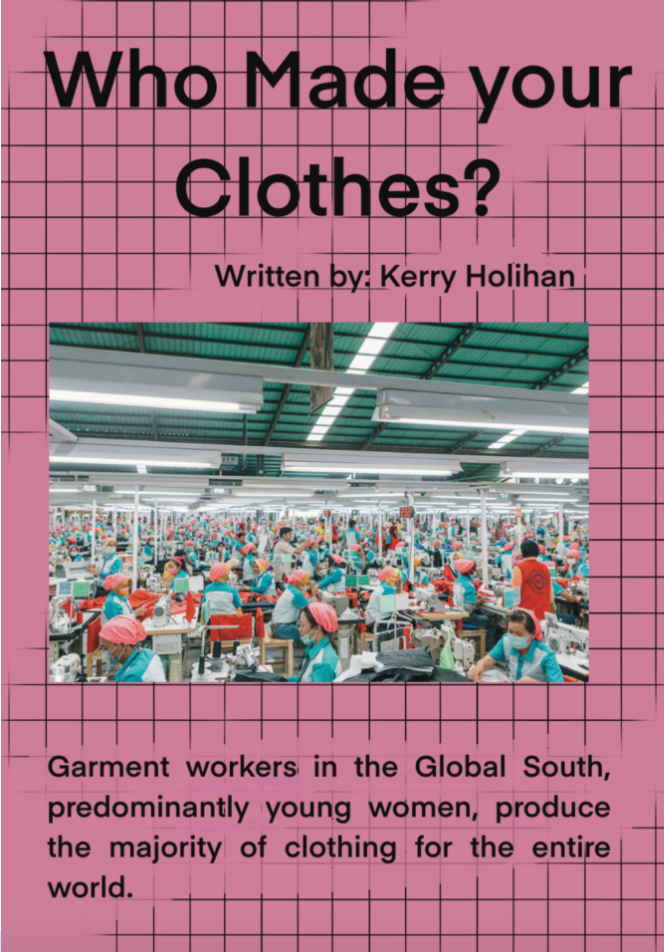 Second Prize: Kerry Holihan for her “Dirty Fashion” zine, completed for the spring 2022 Locke seminar course: How Does the Past Inform the Present: The Changing Landscapes of New York City​.

“The magazine is a self-reflexive commentary on the fashion magazines that promote unsustainable industry practices. Instead, this magazine explores the deleterious human and environmental side effects of what has become the third-largest contributor to greenhouse gases, the fashion industry. Using art, I explore the limits that endless consumerism has placed on the future of the planet.” 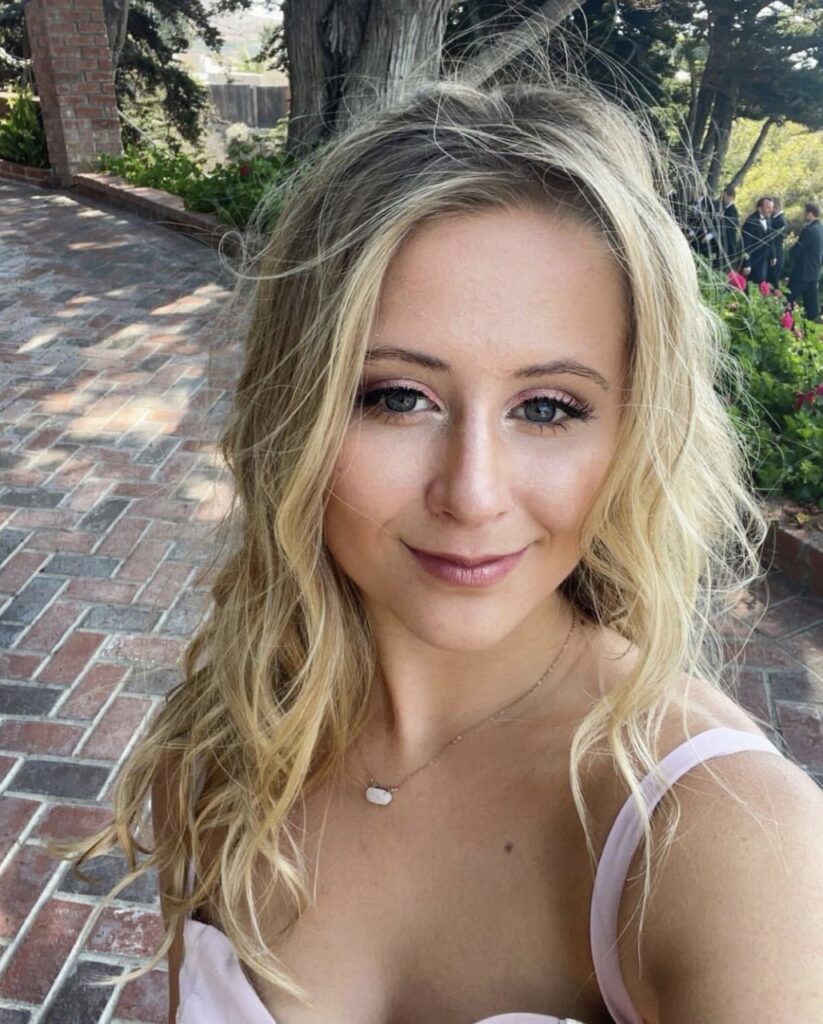 Third Prize: Skye Bach-Davis for her 24 x 36 oil on canvas about Ecofeminism, completed for the spring 2022 Locke seminar course: How Does the Past Inform the Present: The Changing Landscapes of New York City​.

“Ecofeminism has been used as a way to communicate the tumultuous and damaging effects of climate change particularly in the past few decades. The existence of intuition, organic processes, and motherhood circulated in the nature of women holds similarities with the power of the natural world. Despite the resilience that survives within these forces, both women and nature share a common experience of exploitation and harm. The depth of their qualities are so similar that we may go as far as to say they are connected and often act as one. The totality of a woman is believed to be connected with phases of the moon and the way the earth operates. Ecofeminism is a way to display the effects of climate change and can be used to communicate the pain that the world is in.”

Bio: Skye Bach-Davis graduated in spring 2022. Originally from Colorado, she has been constantly inspired by both the arts and the environment. She received a Bachelor of Science in Public Affairs with a minor in Environmental Sustainability. She would like to thank her professors for getting her to a point she never knew she could be, and opening her to an entire world of knowledge.

We are pleased to announce the winners of the first-ever Susan Locke Prizes in Environmental Sustainability in two categories: Research and Art. 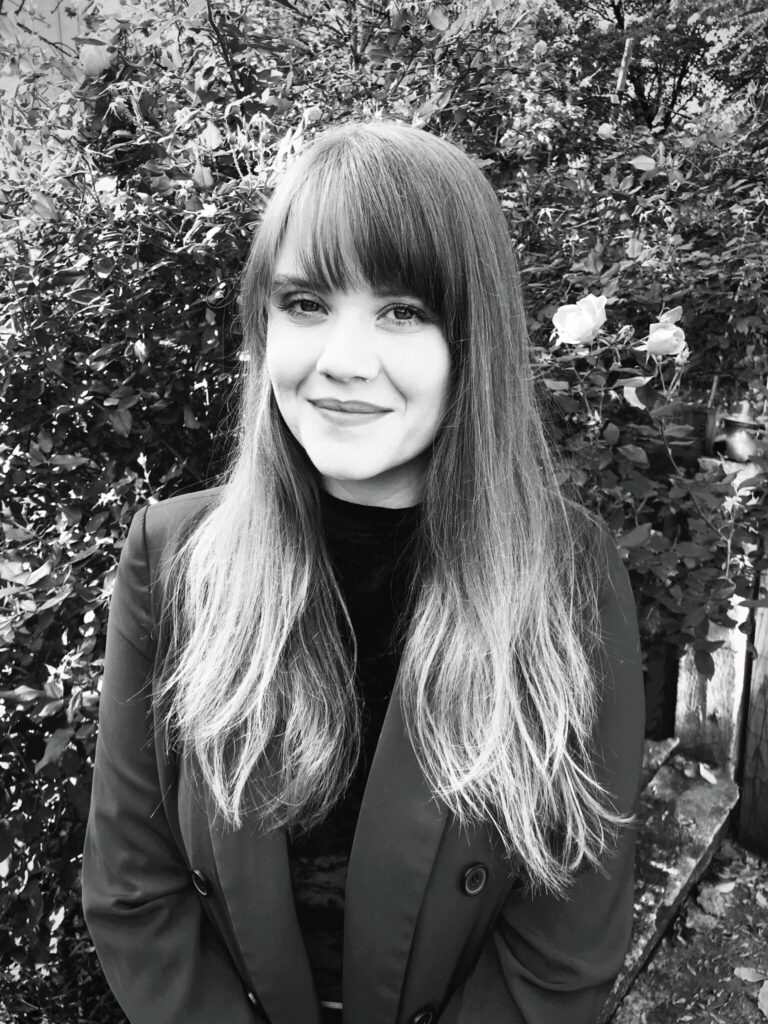 Chelsea Wepy is a 2021 graduate from Baruch College and received a BBA in Entrepreneurial Management with a double minor in Spanish and Environmental Sustainability. Throughout her undergraduate studies, Chelsea participated in an array of volunteer, internship, and fellowship experiences centered on community action and environmental sustainability. Most recently, Chelsea joined the Baruch Climate Scholars Program where she learned about climate change through an interdisciplinary lens, and she is now the 2021-2022 coordinator for the program. Chelsea hopes to help lead sustainability initiatives through policy development, community engagement and project management. 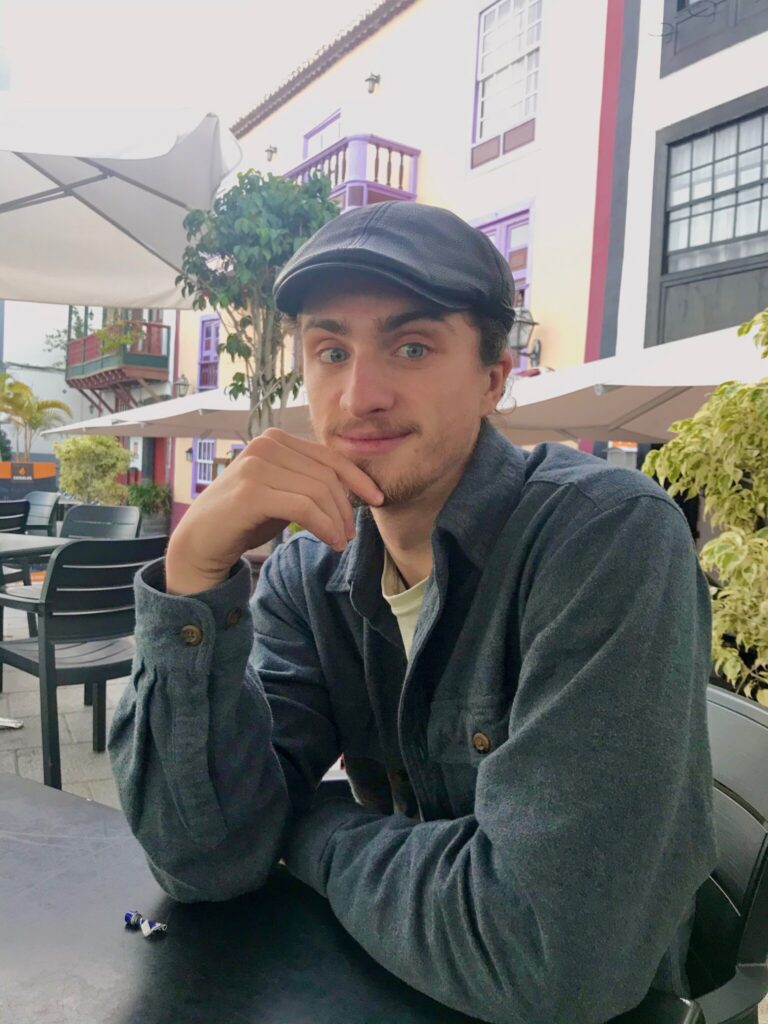 Second Prize: Austin Tucker for his project “The Growing Necessity of Transmission,” which was completed as a capstone project for the spring 2021 Locke course, Natural and Human Dimensions of Climate Change.

“I discuss why energy transmission is important to New York City’s unique location as well as the current issues regarding the state’s transmission system and solutions either taken by the state or available for consideration. The main point behind the project is that while building energy generating systems is great, if the state doesn’t have the capability to transport that energy to high-demand, downstate locations, then it is a national security threat, high curtailment of energy is experienced, and consumer energy prices increase. If transmission capacity is not increased, then the city will be unable to effectively deal with climate related issues in the future.” 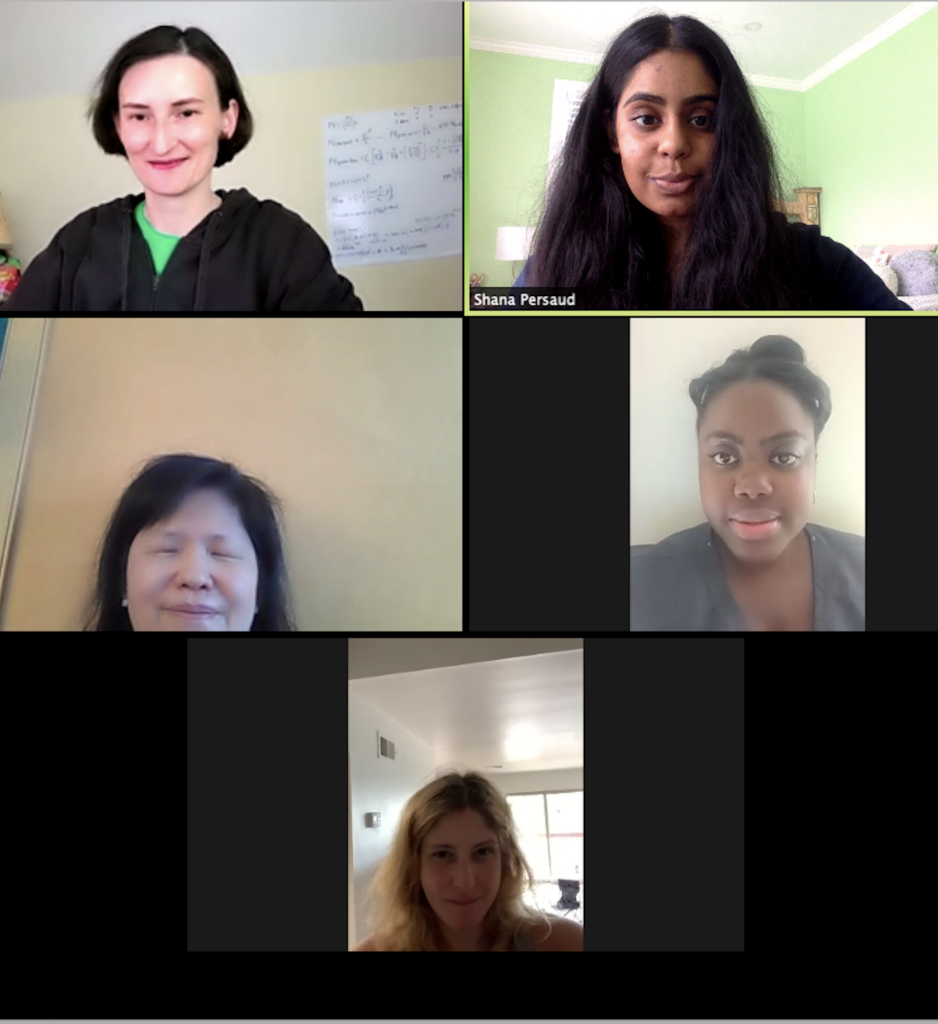 “‘The Future of New York City‘ was created by a team of research analysts from the Weissman Center for International Business. We conducted our research together on Electric Vehicles remotely to ultimately create a plan that should be implemented in our city. The ideas we presented explain how Electric Vehicles (EVs) will impact New York City to reduce greenhouse gas (GHG) emissions. A big city like New York moving forward with greener initiatives like EVs will influence other cities to follow in their footsteps. Our goal is to show readers how it could be simple for a citywide mandate of EVs.” 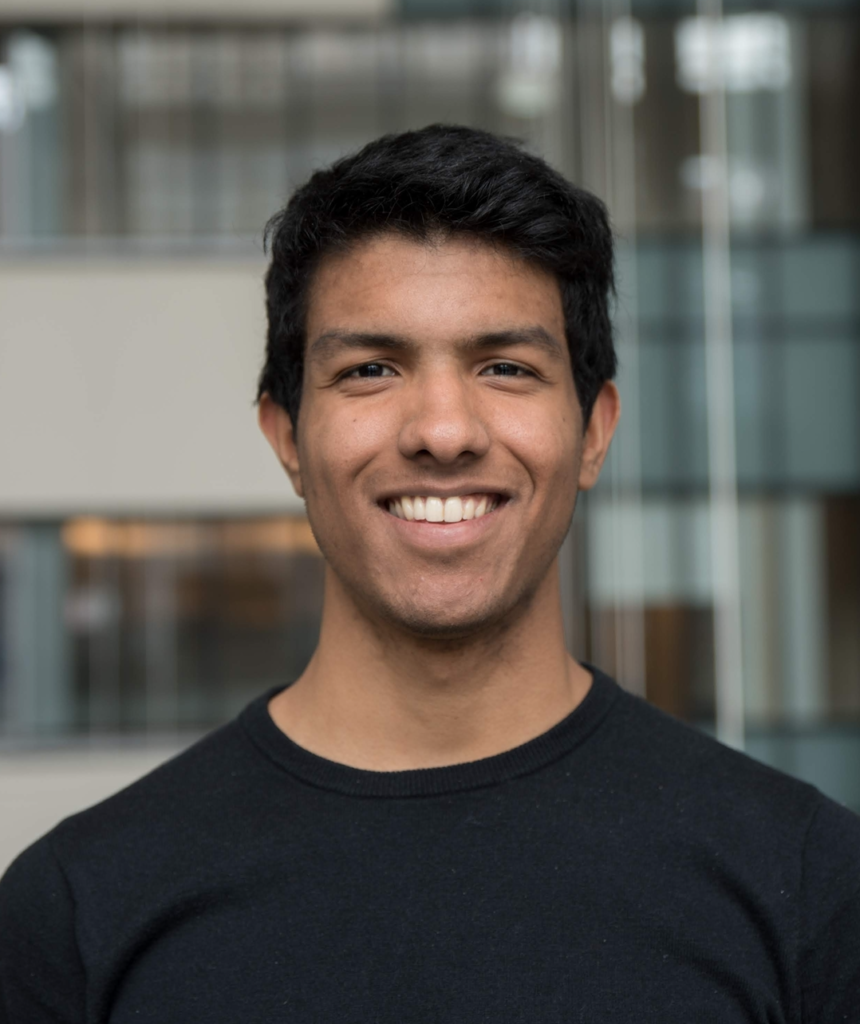 “Econic Media is an interactive art piece in the form of a website featuring four fictional news articles built to evoke powerful emotions towards topics related to human impacts on the natural world and climate change.  Each “article” is based on existing articles from CNN, ABC, and other outlets that report on instances in which wild or farmed animals died as a result of human activities. However, on the Econic Media website, the pieces are changed significantly so that it appears as though they were written about humans, not animals, being killed by the same activities.” View Julian’s interactive art piece here.

Julian recently graduated from Baruch with a B.A. in Economics and will begin working in finance-technology in August. He’s looking forward to continuing to learn about issues surrounding the climate crisis and contributing to lasting solutions. 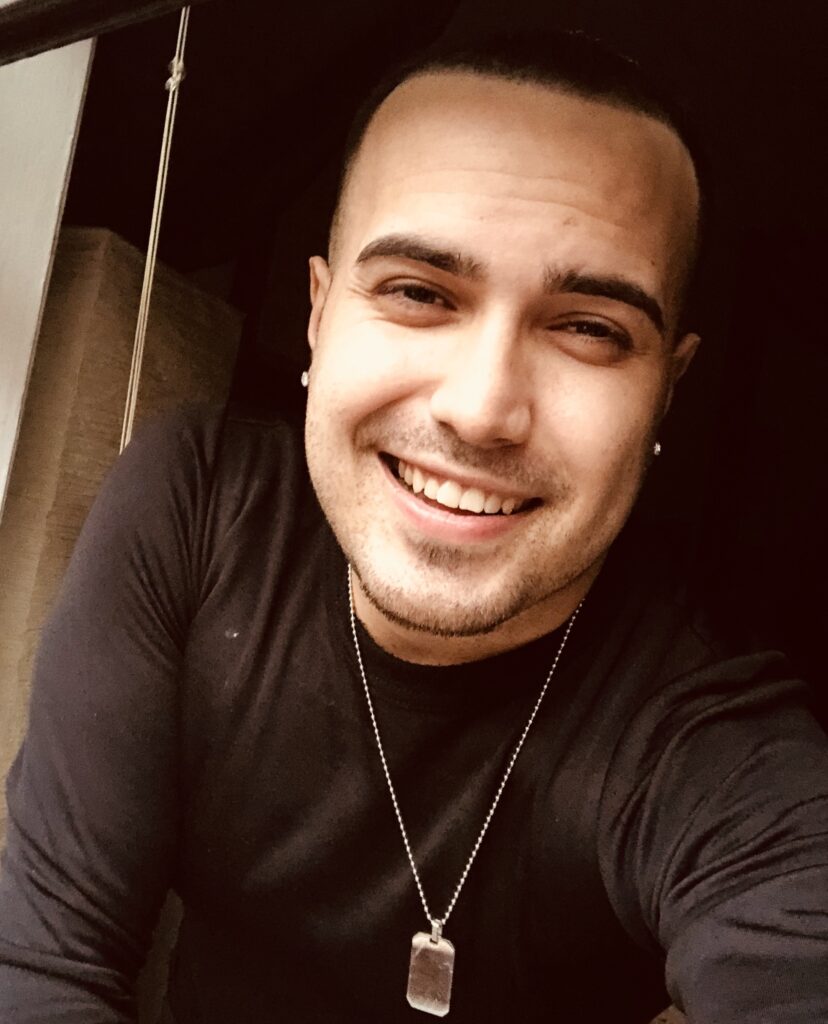 “For my public art piece, I convey the two sides of climate change. On the left shows our planet left in its raw state absent from man’s influence. On the right shows our advancement of technology at the expense of our planet which will ultimately lead to the destruction of our planet.” View Steven’s painting here.

This summer will be Steven’s final semester at Baruch. He will be the first one in his family to graduate with a bachelor’s; his degree will be in Entrepreneurship.

“This has been a very tough road getting to the end without much support and as many times as I wanted to give up, I stuck it out and had the willpower to make it through the tough times. No matter if I did it alone, I’m proud of myself.”