As we have learned through the work of Lamin Fofana, listening is as important as speaking, particularly in such difficult times. The exhibition BLUES attempts to create a space of recovery from the violent reality of racism that is systemic and needs to be undone. Learning is just a beginning, and it is unending.

Baruch College was founded as the Free Academy in 1847, the first publicly financed college in the nation, and one built on eradicating injustice. The work of Baruch College’s faculty has been addressing and transforming education on anti-blackness for a long time. By no means a full comprehensive list, here are a few publications by faculty that are are exemplary. Please consider buying these books locally or follow the links to purchase them directly from the publishers. 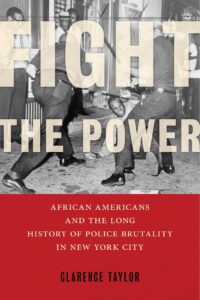 Clarence Taylor
Fight the Power: African Americans and the Long History of Police Brutality
Fight the Power examines the explosive history of police brutality in New York City and the black community’s long struggle to resist it. Taylor brings this story to life by exploring the institutions and the people that waged campaigns to end the mistreatment of people of color at the hands of the police, including the black church, the black press, black communists and civil rights activists. Taylor challenges the belief that police reform is born out of improved relations between communities and the authorities arguing that the only real solution is radically reducing the police domination of New York’s black citizens. 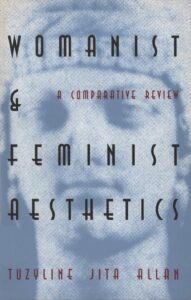 Tuzyline Jita Allan
Womanist and Feminist Aesthetics
Alice Walker’s womanist theory about black feminist identity and practice also contains a critique of white liberal feminism. This is the first in-depth study to examine issues of identity and difference within feminism by drawing on Walker’s notion of an essential black feminist consciousness.Allan defines womanism as a “(r)evolutionary aesthetic that seeks to fully realize the feminist goal of resistance to patriarchal domination,” demonstrated most powerfully in The Color Purple. 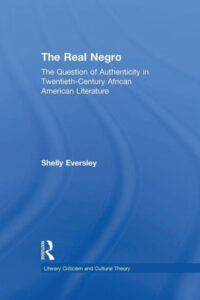 Shelly Eversley
The Real Negro: The Question of Authenticity in Twentieth-Century African American Literature
In this book, Shelly Eversley historicizes the demand for racial authenticity – what Zora Neale Hurston called ‘the real Negro’ – in twentieth-century American literature. Eversley argues that the modern emergence of the interest in ‘the real Negro’ transforms the question of what race an author belongs into a question of what it takes to belong to that race. The Real Negro foregrounds how investments in black racial specificity illuminate the dynamic terms that define what makes a text and a person ‘black’, while it also reveals how ‘blackness’, spoken and authentic, guards a more fragile, because unspoken, commitment to the purity and primacy of ‘whiteness’ as a stable, uncontested ideal. 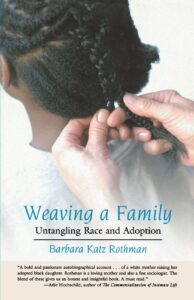 Barbara Katz Rothman
Weaving a Family – Untangling Race and Adoption
Drawing on her own experience as the white mother of a black child, on historical research on white people raising black children from slavery to contemporary times, and pulling together work on race, adoption, and consumption, Rothman offers us new insights for understanding the way that race and family are shaped in America today. This book is compelling reading, not only for those interested in family and society, but for anyone grappling with the myriad issues that surround raising a child of a different race. 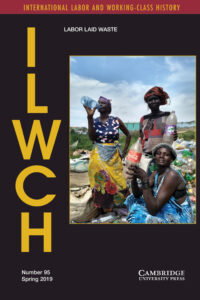 Marisa Solomon
“The Ghetto is a Gold Mine”: The Racialized Temporality of Betterment
Gentrification makes trash a discursive and material index of degeneration, mobilizing projects to “clean” and “better” neighborhoods and people. This ethnographic article explores how trash’s movements and labor reveal the spatialized and temporalized racial histories of neighborhood transformation in the historically black neighborhood of Bedford-Stuyvesant (Bed-Stuy), Brooklyn and the gentrified town of Norfolk, Virginia.

Angie Beeman
Walk the Walk but Don’t Talk the Talk: The Strategic Use of Color‐Blind Ideology in an Interracial Social Movement Organization
This study examines color-blind rhetoric among European American, Latino/a, and African American activists working in the same group. This paper also evaluates weaknesses in the conceptual work on “color-blind racism” and proposes new concepts that clarify the relationship between ideology and systemic racism.  Building on this work, she has also examined the effect of color-blind ideology on the development of Occupy Wall Street’s “Declaration of the Occupation of New York City.” 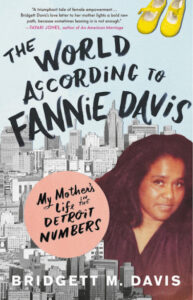 Bridgett Davis
The World According to Fannie Davis: My Mother’s Life in the Detroit Numbers
Set against the dramatic backdrop of 1960s and 70s Detroit, novelist Bridgett M. Davis’s stirring memoir tells the story of how her larger-than-life mother used Detroit’s illegal lottery to support her family. 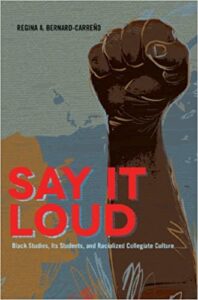 Regina A. Bernard
Say it Loud: Black Studies, its Students, and Racialized Collegiate Culture
This work pays homage to the earliest Black Studies programs in the United States, particularly to those programs that spawned from strong pedagogical, revolutionary social movements, and student-based organic and traditional academic practices. Briefly presenting a look at the rich history of the birth of what became a student-led movement for social and intellectual change, the book considers the various plights of Black Studies programs, and how students have been cheated out of the revolutionary academic practices of their predecessors. The book also offers examples of how Black Studies programs can once again take a student-centered approach, one that wishes to seek change not solely for Black students, but for everyone who believes in change at larger, deeper, and more personally-connected levels of learning. 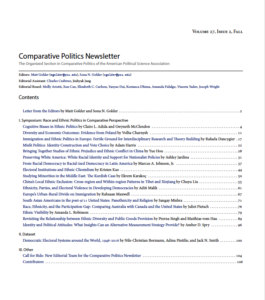 Marcus Johnson
From Racial Democracy to Racialized Democracy in Latin America
“This essay aims to move toward a more nuanced understanding of race in Latin America, where it has often been assumed not to matter for electoral politics… In this essay, I argue that the absence of explicit black identity mobilization is not evidence that race politics is immaterial to electoral politics, but rather provokes the question of why racial cleavages are politically inactive despite their social salience. In doing so, I challenge scholars to think more critically about race in contexts where it does not appear to matter at first glance.” 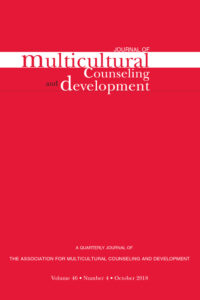 Samuel D. Johnson
Toward Clarifying Culture, Race, and Ethnicity in the Context of Multicultural Counseling
This text considers use of and suggests referents for the terms, race, culture, and ethnicity, in multicultural counseling. Discusses findings from a pilot study of culture and race concepts. Recommends clarification of terminology in counselor education and specification of intended referents in counseling research. 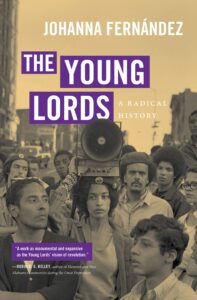 Johanna Fernández
The Young Lords – A Radical History
Utilizing oral histories, archival records, and an enormous cache of police records released only after a decade-long Freedom of Information Law request and subsequent court battle, Johanna Fernández has written the definitive account of the Young Lords, from their roots as a street gang to their rise and fall as a political organization. Led predominantly by poor and working-class Puerto Rican youth, and consciously fashioned after the Black Panther Party, the Young Lords confronted race and class inequality and questioned American foreign policy. Their imaginative, irreverent protests and media conscious tactics won significant reforms and exposed U.S. mainland audiences to the country’s quiet imperial project in Puerto Rico. In riveting style, Fernández demonstrates how the Young Lords redefined the character of protest, the color of politics, and the cadence of popular urban culture in the age of great dreams.