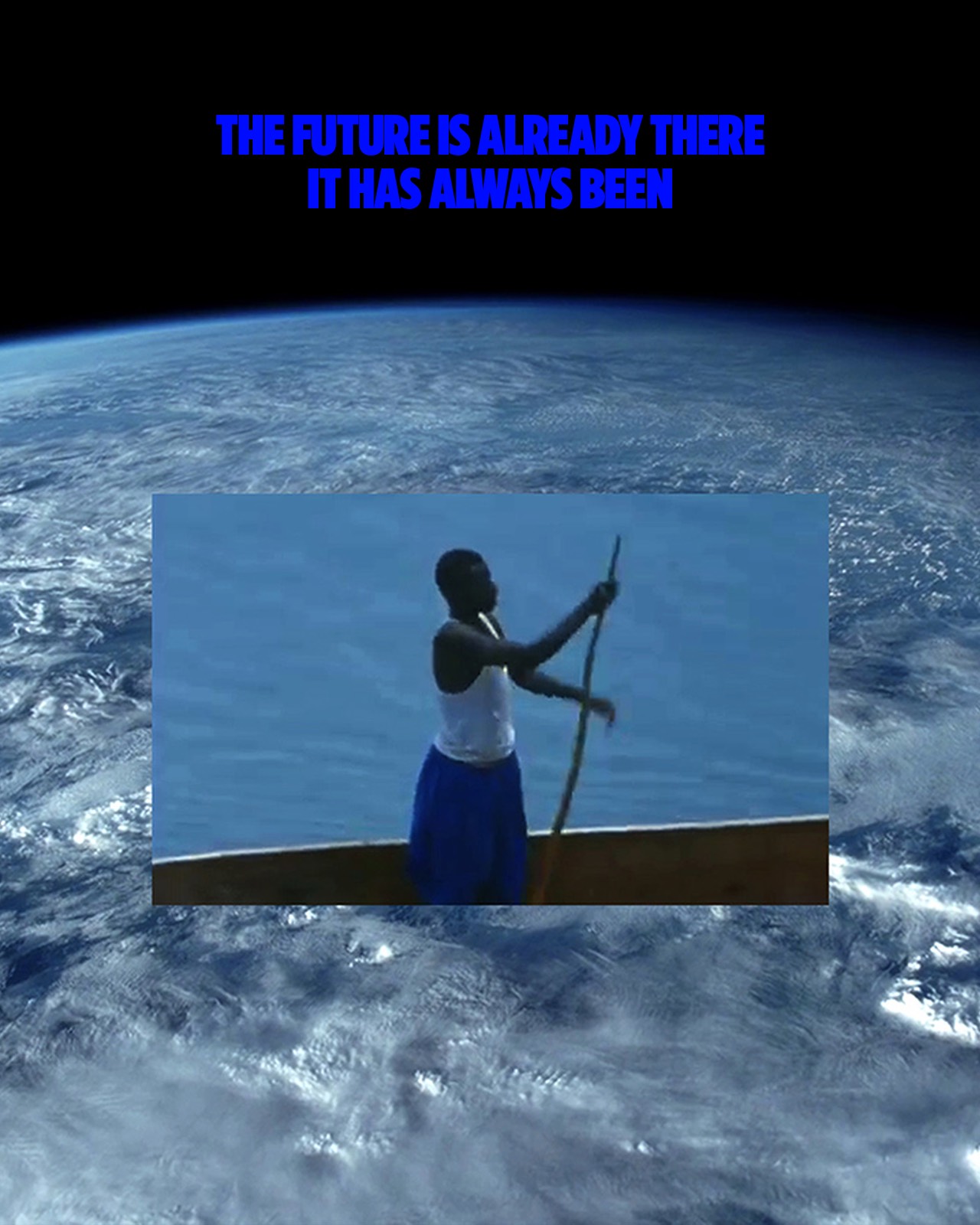 We are excited to announce the release of Africa is the Future, a film by Nicolas Premier, one of Lamin Fofana’s collaborators for BLUES.

Africa is the Future is a film in four parts and countless years in the making. While nonlinear, and appropriating the cycle of the Kongo Cosmogram, the film begins with the story of the Portuguese Misericordia, a ship that in 1532 experienced a Kongolese slave rebellion and then mysteriously disappeared at sea. Tracing first the slave routes throughout the Atlantic, mapped over by the first telegraphs and to today’s undersea fiber optic cables, a network between three continents and their dependency on racial capitalism, on slavery, imperialism and dispossession begins to appear. Each movement is framed by a piecing blue, the color of the ocean and early computer monitoring software, which is enmeshed in a graded portal, a sort of technocratic black hole to the unknown. Premier uses his own footage and those appropriated from African and American popular culture, as well as his native France – clips of sports, films, news, documentaries and interviews – spliced together in what Premier calls four “movements”. Each week, a new movement is released.