The Doctoral Specialization in Italian and the Ph.D. Program in Comparative Literature Graduate Center

THE SET WITH THE DIVA: PIRANDELLO AND THE FILM NOVEL

This lecture compares Luigi Pirandello’s novel on the alienation of a film cameraman, Si gira! (1915) with other contemporary Italian novels set in the world of early cinema. Read together, these “popular” or “mid-cult” film novels, Ettore Veo’s Fantasio Film (1917-18), and Enrico Roma’s La repubblica del silenzio (1918) shed light on Pirandello’s more philosophical narrative and on the cultural reception of cinema in Italy during the critical years surrounding WWI.

Dacia Maraini in conversation with Jane House and Ingrid Rossellini

Mimi D’Aponte, Professor Emerita of Theatre at Baruch College and CUNY Graduate Center, will moderate a symposium about Souls of Naples.  These conversations will include John Turturro and Roman Paska.   The symposia are free of charge.

If you have any questions regarding the production or would like to arrange tickets, please phone (212) 229-2819 ext. 15 or email selkashef@tfana.org 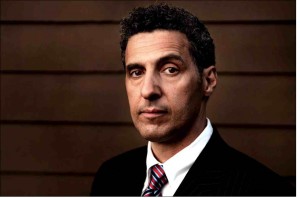