On October 15, 2013 the Pirandello Society of America sponsored a reading of Pirandello’s The Giants of the Mountain, a “myth” between fable and reality that Pirandello continued to imagine, write, and rework from 1929 to 1934, but eventually left unfinished despite encouraging contracts with American impresarios. Yet, in its present form, the play vibrates with the powerful contradictions of sublime Art torn between the inner necessity to reach out to spectators who may not understand it and the temptation to abandon the world altogether. It was, in the playwright’s opinion, the culmination of his artistic endeavors.

The reading was directed by Stebos (Stefano Boselli) in collaboration with Theatreplots (see link for pictures of the event).
Within the series “NOT Made in Italy – Displacement as Creativity” at Theaterlab, it was part of the celebrations for the Year of Italian Culture in the United States. 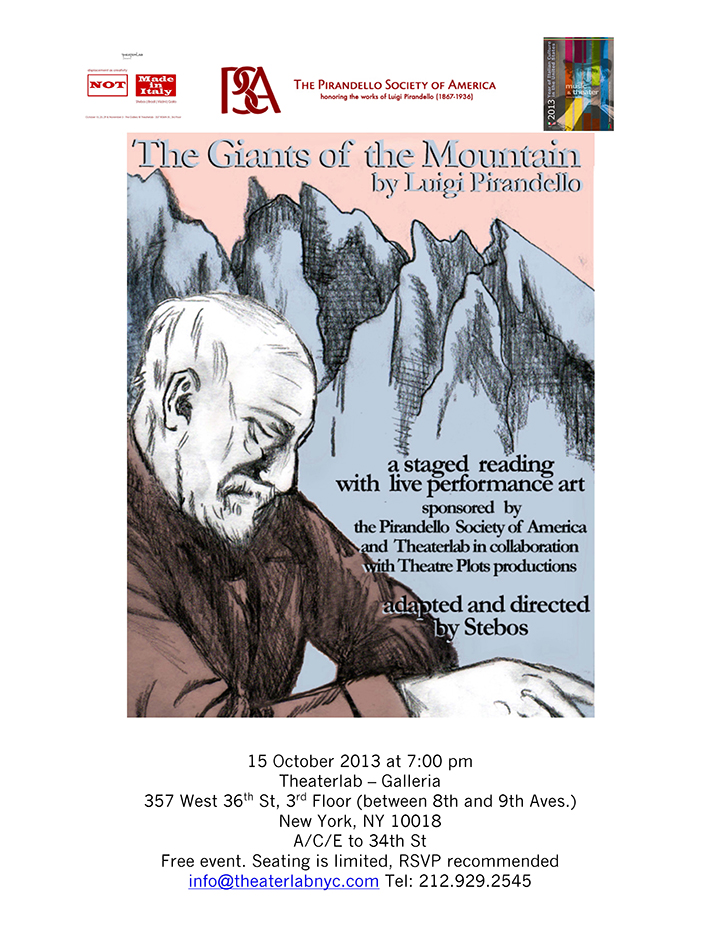