Harvard scholar conserves and translates 4,000-year-old clay tablets saved from a modern disaster. It is a record depicting a glimpse of everyday life in Mesopotamia.

They were stored in the basement of the Customs House at 6 World Trade Center in New York City when the building was destroyed by the terrorist attacks on September 11, 2001. The ancient, 4,000-year-old cuneiform tablets, 302 in all, were looted from a site in southern Iraq sometime before the attacks. They had been confiscated by U.S. customs while they were in the process of being smuggled into Newark, N.J. and then placed temporarily in the basement of the Trade Center.

When officials recovered the cache from the basement beneath the 9/11 wreckage, they transferred them to another storage facility until 2004, when they were taken to Harvard University’s Semitic Museum basement to undergo a special restoration process developed by Dennis and Jane Drake Piechota. The process combines slow baking in a furnace with water baths to extract salts. It results in a ceramic hardness that extends the life and form of the tablets.

Scholars now know that the tablets resided in an archive near the city of Nippur, the religious capital of Sumeria, and 145 of them constitute records of a relatively high-ranking agricultural official named ‘Aradmu’, a fact that came to light when Benjamin Studevent-Hickman, a lecturer on Assyriology in Harvard’s Department of Near Eastern Languages and Civilizations, dedicated months translating the cuneiform characters on the tablets.

What he discovered was a detailed account of routine operations of an agrarian society, including receipts for agricultural items such as donkeys and oxen and grain loans. At least some of the loans had an interest rate of a whopping 33 percent, apparently a typical standard rate for the time in Mesopotamia.

Working against the clock, Studevent-Hickman was faced with translating the 145 Aradmu tablets before they, by agreement, had to be repatriated to Iraq in 2010. Although the job was not completed before they left, he continues to work with photographs of the tablets, and hopes to develop a monogram of the collection. Although the use of photographs certainly is better than nothing at all, Studevent-Hickman maintains that “nothing beats the tablets themselves. I spent as much time as I could with them, knowing they were going to leave.”

Studevent-Hickman is also researching the details about the investigation that led to the confiscation of the collection, and is studying satellite images up through the year 2001 of the Nippur area to identify signs of looting, indicating where the tablets may have initially been unearthed.

Archaeology Makes a Comeback in Iraq

An interesting new short film: Digging Out: Archaeology Makes A Comeback in Iraq.

Posted in Uncategorized | Comments Off on CNN: An Iraq museum pays smugglers for looted treasures

Posted on December 7, 2011 by Laurence Kirby 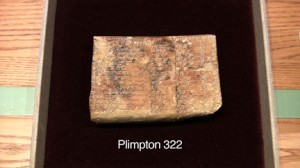 The triumph of the algorithm?

Posted on December 2, 2011 by Laurence Kirby 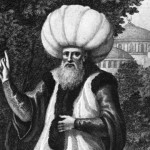 Caliph Mamoun dreamed that Aristotle came to him and told him that faith and reason are compatible — with important consequences for the history of mathematics. In Europe four centuries later, Thomas Aquinas invoked Aristotle when he used reason to support faith. Where are we today? Are faith and reason in conflict, or do they work together?

The looting goes on

Abdulzahra al-Talaqani, the department’s spokesperson said, the stolen pieces were on their way to be smuggled out of the country.

Talaqani claimed the recent months have seen a surge in police activities in protecting Mesopotamian ruins.

Iraqi antiquities, like almost everything else in Iraq, have been the main victims of the 2003-U.S. invasion in whose immediate aftermath the Iraq Museum and several other provincial museums were looted.

Smugglers and illegal diggers invaded ancient sites and tens of thousands of artifacts are believed to have either been stolen or illegally dug up and sold.

“Trading with stolen or smuggled ancient finds is punishable by at least 15 years in prison,” he said. “Using force to attack ancient sites and museums could lead to execution.”

At least one person was taken into custody pending trial when Najaf police stormed a house where the stolen pieces were kept, Talaqani said.

He did not comment on the archaeological significance of the artifacts. 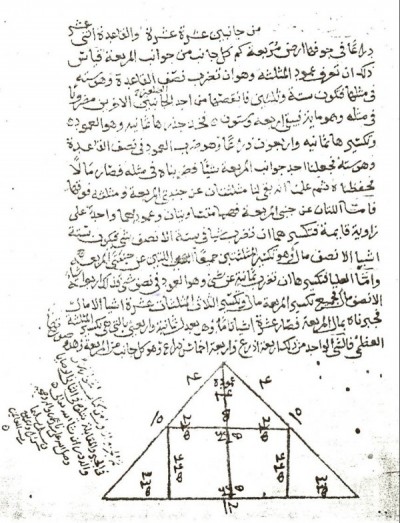 Do you think visually/spatially or analytically? When you’re thinking about math problems, do you see a picture? Is your mathematical universe founded more on geometry or on arithmetic/algebra/algorithms? Test case: are Al-Khwarizmi’s geometrical demonstrations enlightening or confusing to you? Studies show different people excelling in different kinds of reasoning. There are even gender differences, complicating the question “Where are the women?”

When a new mathematical advance is made — Eudoxus’s theory of proportions, say, or Cardano’s formula for cubic equations — is it discovered or invented? Was it already out there, maybe among Plato’s ideal forms? Or would the mathematics of a civilization in another galaxy be quite different? (See also “Draw a Triangle”)

Posted on November 8, 2011 by Laurence Kirby

A volcanic eruption is threatening the Virunga National Park in the Democratic Republic of Congo, the original home of the Ishango Bone:
http://www.guardian.co.uk/world/video/2011/nov/08/congo-volcano-erupts-video

What are mathematicians for?

Posted on November 7, 2011 by Laurence Kirby

The servant of a powerful ruler (Archimedes, Al-Khwarizmi). The bureaucrat (the scribe who wrote Plimpton 322). The academic (Euclid). The merchant’s son (Fibonacci).

What is the key role in society of the modern mathematician? Silicon Valley techno-wizard? Wall Street quant? College gatekeeper?

Where are the women? 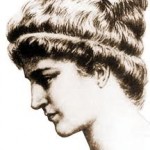 The history of mathematics seems to have a scarcity of women’s names before the 19th century — and even since then, math seems to be predominantly a male domain. There are a few exceptions in ancient times, notably Hypatia of (guess where?) Alexandria.

Does the shortage of women reflect a cultural bias and lack of opportunity for women? Or are males naturally more mathematical? Does your own experience shed any light? 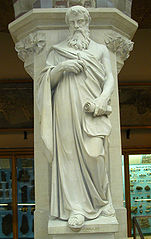 In your own mathematical education, did you learn to regard math as a set of rules to follow (algorithms) or as a body of knowledge that needed to be proved? When you apply math in your career as, say, an accountant, will you be using algorithms or proofs?

And why were the ancient Greeks so obsessed with the need to prove everything? Maybe they took us up a 2000-year blind alley?

Mayan mathematics included a sort-of-positional notation (with base 20) and a zero. The Mayans almost certainly developed it independently, without any contact with the Old World civilizations.

If some mathematical ideas are culturally contingent (see “Draw a Triangle”), what mathematical concepts are universal? What ideas must develop in any society that has some kind of advanced math, and what ideas could we do without? For example, we think of math as based on proof and logic, but perhaps that’s just a cultural legacy from the ancient Greeks, and not really necessary at all?

Writing as a technology

Writing can be considered as a kind of technology. The physical form varies according to local circumstances (availability of clay for tablets, say, or of papyrus, or of light-emitting diodes), but the conceptual advance was far-reaching. How did this new technology enable the development of mathematics in particular?