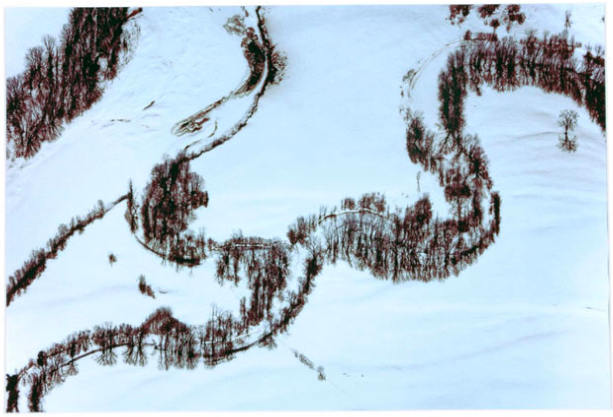 Self-growth and self-help training and workshops began booming in America in the 2000’s, but it has been an American tradition since Benjamin Franklin’s “Autobiography” in 1818. Franklin called self-help and self-growth –  “Project for Moral Perfection”. The United States has one of the biggest self-help industries in the world with a projected income of $13 billion (about $40 per person in the US) by 2022. In 2019, I decided to be a part of this fast growing industry and thus, I decided to relate these works of art to self-reflection and transformation.

William Garnett was an American photographer, born on December 27, 1916 in Chicago, Illinois. His family moved to Pasadena, California where he studied at the Art Center in Los Angeles. He worked as a photographer with the Pasadena Police Department for four years. He also briefly worked with the Lockhead airline company and then joined the Army where he used the G.I. bill to be able to learn to fly planes. When he left the army, he started focusing on aerial photography. Some art critics argue that his work is devoid of artistry, but his personal opinion on such criticism was never published. He is one of the first known photographers in aerial photography. He also became the first photographer to receive the prestigious Guggenheim award (year-unknown). He passed away on August 26, 2006.

This photograph shows an aerial photograph covered in snow with a frozen snake-like lake lined with trees that marks the length and width of the lake. The lake itself can also be mistaken for a winding road.

“Upon seeing this photo, I am reminded of my past experiences in my life that were comforting and sometimes pleasant albeit painful and difficult. The winding image represents my moments of confusion, sorrow and weakness and yet looking at the whiteness around represents the mask of being comfortable and pure. Sometimes in life, I recognized that I did not leave difficult circumstances because those were familiar to me, and comfortable to me – but it did not mean that they were truly supportive to my growth as a person. I imagine myself high up, looking down at my past and moving up and forward, leaving those memories behind. I knew all along that I have a choice – the choice to love myself.“

Questions to the viewer – How do you personally connect to this image? Are there things in your past or your present that you like going back to? Would you decide to leave your circumstances? Or stay?