Has the Asian culture been uprooted when the first generation of Asians immigrated to the US? As Asian Americans, we brand ourselves with Asian roots blended with American culture but the average millennial New York Asian American is slowly losing touch with their cultural roots than earlier generations, a trend that writers have recently identified. Bloggers like Phil Yu, also known as the Angry Asian Man, rants about the blatant discrimination towards Asian American in everyday scenarios but what exactly does being Asian American entail? Marq Hwang shares his perspective of “What Does It Mean To Be Asian American?” in the Huffington Post, where he makes an interesting remark, about the Asian in Asian American.

To be Asian American, you start to realize that you put more and more of yourself in the American category, and you view the Asian as a slight spin, like Irish, Newyorican, German. … Your blood might have come from overseas, but your heart started beating here.

I dug a little deeper and I found an article in New York Magazine, “Paper Tigers” where Wesley Yang publicizes his scorn for the timid Asian culture. He sees a reflection that he can neither disclaim nor accept.

How do we celebrate our heritage with such limited knowledge of our culture? I interviewed several millennial Asian Americans around New York who seemed to lack knowledge of the culture but openly told me what it meant for them to be Asian.

“Being Asian to me means believing that hard work will lead to results. It means celebrating Chinese New Year and being superstitious.”

“I don’t know what it means to be Asian American. For me, I guess it means excelling at math and majoring in Accounting.”

“Being Asian means having high expectations from my parents, my grandparents, especially as a first generation American.” 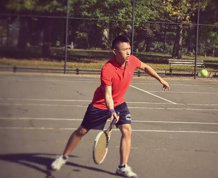 “I’m proud to be Chinese American. As humans, it is natural to want to fit in and when I was a child. I used to be bullied because I was fat. It was easier for me to talk to other Chinese kids because we have similar lifestyles. As I got older, I learned to be more open. From my identity, I was able to be the person I am today, someone of sociability and open-mindedness.”

“What makes me Asian is my ability to speak Chinese, however limited, still opens a lot of doors for me.”

1 thought on “Made in America: What Does It Mean to be Asian American?”