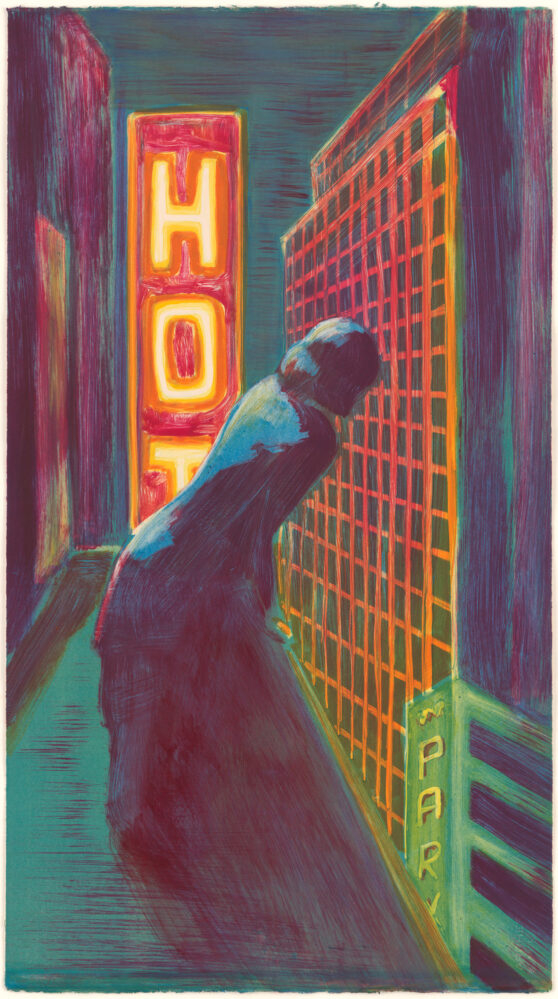 Woman on Balcony depicts a magnetic night in New York City’s Times Square. The woman, central in the image, is awash in the luminescent glow of the neon indicative of the neighborhood. She leans over the balcony inquisitively, cheating her torso toward and angling her gaze below a hotel and a parking lot. The woman desires to join in on the scenes below her but is sequestered away, her lower body part of one immovable monolith. Jane Dickson lived and worked in Times Square from 1978 to 2008 and frequently used the buzzing district as the backdrop and subject of her work. Often working from photographs, the artist took particular interest in documenting life around the bars, sex shops, and adult theaters that populated Times Square including institutions like Club 44 and Show World Center. Dickson’s Times Square is the same Times Square detailed in Samuel Delaney’s Times Square Red, Times Square Blue. Both artists present first-hand narratives of life in the once infamous part of Manhattan.