Throughout time notorious families have gone from living privately to inserting themselves into the public eye. This timeline begins with families that valued privacy and progresses through time as families learn to use the limelight to their advantage. 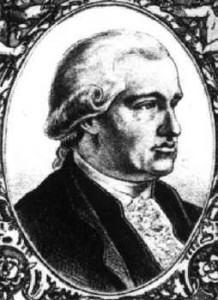 Mayer Amschel Rothchild (1744 – 1812) initiated the Rothchilds’ rise as a prominent force in the international banking and finance industry. 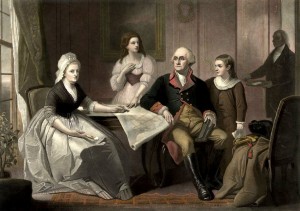 Thinking back to history, being the first president of the United States, it is safe to assume that the Washington Family had many eyes on them. In addition to his presidency, his wife’s fortune put him into the top statuses of Virginia planters. In addition to many of the life changes that he experienced with the presidency and marriage to his economically established wife, his slaves were considered to be members of his own “family.” 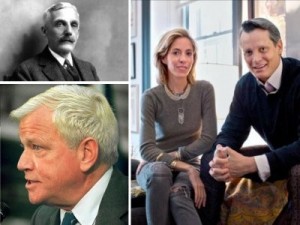 The Mellon Family, also known as the Financial Moguls were pretty much all born into some type of fame after the original Judge Thomas Mellon founded T. Mellon & Sons in 1869. He pretty much initiated the fame that that his future children and grandchildren would inherit. His sons, Andrew and Richard soon took over the company and its financials. They worked together to increase their wealth and family fortune. The sons started a company called Union Steel while also making sure to make intelligent investments such as in aluminum and coal. By 1921 both brothers were promoted to take on leadership roles within the company. Andrew became Treasury Secretary, while Richard became president of the bank. With a reputation that runs this deep into the family tree, they have to make sure they keep a certain image to not be perceived the wrong way, being that they are constantly investing a lot of money and making big decisions about their companies. 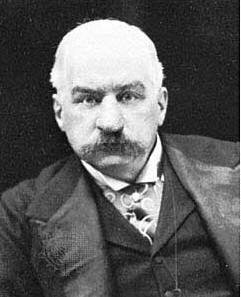 In 1835 J.P. (Joseph Pierpont) Morgan, railroad and financial tycoon, bailed the government out in 1895 by purchasing U.S. bonds with $60 million in gold which kept the economy from crash and gave him a huge financial gain. 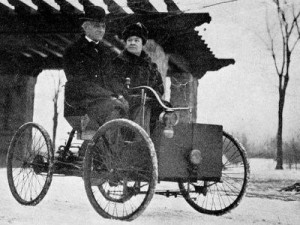 Henry Ford was the founder Ford Motor Company in 1903, the American brand that has made a huge impact on Cars in today’s society. They still remain one of the most sold cars in America. Henry Ford has passed down ownership of the company to his descendants. (Children & children’s children, etc.) This means that the family has never really had a chance to take a step down from the spotlight that they were born into after Henry Ford. 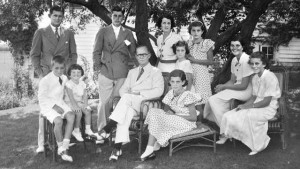 Joseph Patrick Kennedy with his wife Rose and their nine children in 1935. Joe Kennedy was the beginning of the Kennedy legacy in politics. 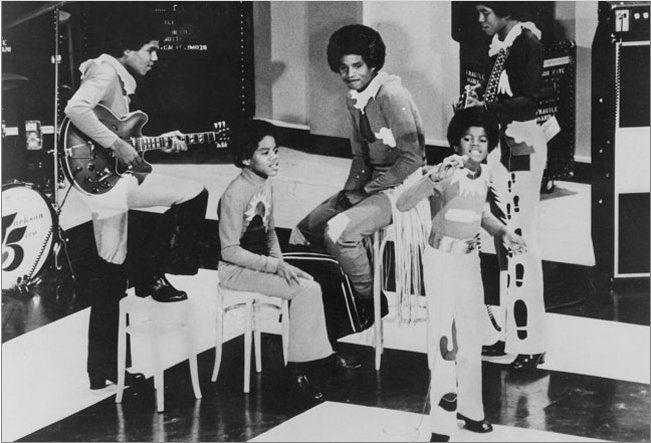 The king of pop, Michael Jackson, started as a part of his family’s R&B group called “The Jackson 5”. The group was comprised of five of the Jackson brothers: Jackie, Tito, Jermaine, Marlon, and Michael. They boys began their road to fame as young as 11 years old. Their father and manager, Joe Jackson, branded the boys by naming them the Jackson 5 and the rest is history. The Jacksons signed to Motown Records in 1969 and were a sensation while they lasted, As they years went on, the family, besides Michael, tried to stay under the radar. They have had to deal with attacks by the media, defamation, and more. However, the have built a legacy on their name. And the Jacksons, and their music continue to live on. 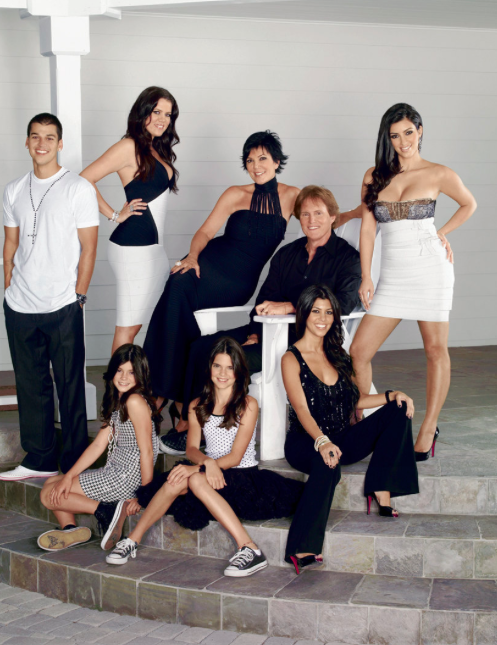 The Kardashians have rose to the forefront of American families during the millennium. At the time of the shows appearance, the family was headed by Kris Jenner, and her then husband, Bruce Jenner. Their children included the Kylie Jenner, Kendall Jenner, Khloe Kardashian, Kourtney Kardashian, Rob Kardashian and the infamous Kim Kardashian. Their reality show, “Keeping up with the Kardashians”, which follows them through their everyday lives first aired on VH1 in 2007. Since then, its aired 11 successful seasons and launched the family into stardom. Within the eight years the Kardashians have been on the air, they have worked their way into the homes of almost 3.4 million Americans. (3.39 is the seasonal average of viewers who watch the Kardashians) Their television popularities, and media presence has made them into some sort of American Royalty, There is not a pop culture magazine on the shelves right now that does not discuss the lives of the Kardashians. However, it is not all what it seems with the Kardashians. There is a price to pay when you live in the public eye; And, the Kardashians have to deal with the invasions that come with it. 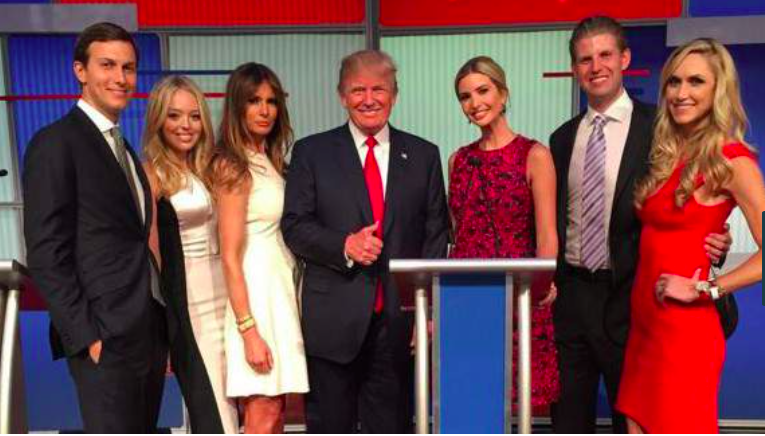 The Trump family began with the legacy that Donald Trump’s father, Fred Trump, left him. Donald Trump followed in his father’s footsteps and established a booming real estate business for himself. He became one of the most wealthy American men in the millennium and created an empire around him. Aside from his business endeavors, Trump is known for his vibrant personality. He appeared on his own reality TV show The Apprentice. His children, Ivanka, Donald Jr. Eric, Tiffany, and Barron (eventually), have made a name for themselves too. For example, Ivanka, once a runway model, has created her own merchandise that can be found in department stores like Macy’s with her name on it. Now, with Donald’s role as a presidential candidate, the family is in the public eye more than ever. It will be interesting to see what is yet to come for the Trumps.