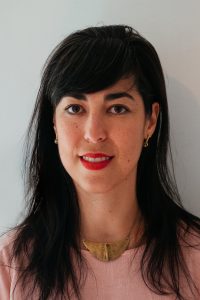 Meechal Hoffman, the Institute’s Director, earned her PhD in English at the CUNY Graduate Center and her BA at Barnard College. She has taught first-year writing and literature courses at Baruch, and she was previously the Institute’s Associate Director. In her teaching and faculty development, she is particularly interested in the intersection between active learning and inclusive pedagogy. Her dissertation research focused on epistemology, affect, and the social and political utility of negative emotions in the British 19th-century novel. 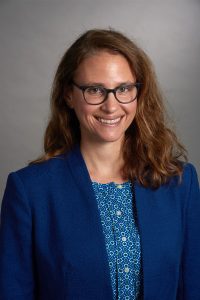 Julia Goldstein is the Institute’s Associate Director. Previously, she was the inaugural Assistant Director for Writing in Public and International Affairs at Baruch, and before that, a Communication Fellow. She has taught communication at Baruch, theatre history at LaGuardia Community College, and high school English. Julia earned her PhD in Theatre at the CUNY Graduate Center and her BA at Oberlin College. Her research examines the cultural politics of transnational theatre development initiatives. 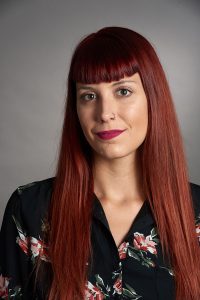 Melina Moore, the Institute’s Assistant Director for Writing in Public and International Affairs, earned her PhD in English at the CUNY Graduate Center and her BA at Smith College. She was previously a Communication Fellow at the Institute. She has taught first-year writing and literature courses at Brooklyn College and Stern College for Women, and she served as a WAC Fellow at Medgar Evers College. Her dissertation research focused on representations of queer and trans people in mid-20th century American pulp paperbacks and subscription-based periodicals. 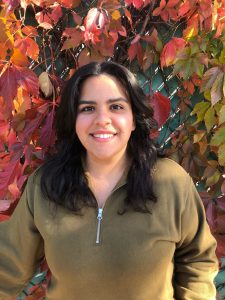 Two cohorts of Fellows—Communication Fellows and Writing Across the Curriculum Fellows—constitute our core staff. Fellows support communication-intensive teaching and learning at the College in a variety of ways, including facilitating in-class workshops, meeting with students for supplemental instruction, supporting our faculty development programs, and working on collaborative projects to advance the Institute’s mission. They are early-career scholars who hold or have made significant progress toward terminal degrees, have rich teaching experience, and bring a range of disciplinary expertise to our work. 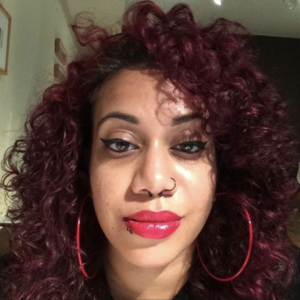 Tanzeem Ajmiri is a doctoral student in the Critical/Social Psychology Department at CUNY The Graduate Center. She has been teaching for six years at both Hunter College and LaGuardia Community College. In addition, she has been a Community Organizer for over ten years which has given her the opportunity to develop her facilitation skills which she uses in the classroom. Teaching is her passion and she is excited to be a Communication Fellow. 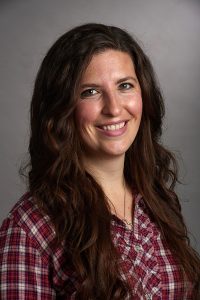 Sophia Bishop earned her PhD in Philosophy from the CUNY Graduate Center, and her BA in Philosophy from the University of Delaware. Her research considers the metaphysical fallout for the Many Worlds Interpretation of quantum mechanics, with a particular interest in identity over time and counterpart hood. Sophia has taught philosophy at Baruch, Brooklyn College, and Wilmington University. In her teaching, which has centered around ethics, she strives to move students toward analytically examining their assumptions, so as to create logical, well-reasoned ethical positions. 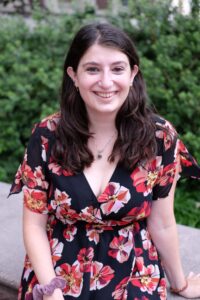 Eva Dunsky has a BA from Barnard College and an MFA in Fiction and Literary Translation from Columbia University, where she also taught a section of University Writing for International Students. As an alumna of the Writing Centers at both Barnard and Columbia, she is committed to inclusive writing pedagogy, helping writers land on a writing process that works for them, and ensuring that multilingual learners thrive. She is currently working on a novel and several translations from Spanish and Catalan into English. 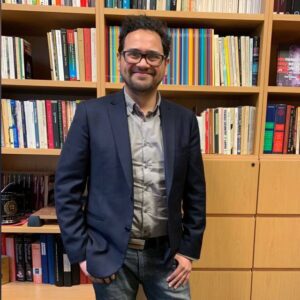 Fabián Escalona is a doctoral candidate in Theatre and Performance at the CUNY Graduate Center. His dissertation surveys the circulation of theatre and performance in the Latin American Southern Cone during the late colonial/early republican transitional era. He has taught courses in Theatre History, Art History, Human Rights and Oral Interpretation in New York and Santiago, Chile. He also has two years of experience as a Writing Across Curriculum fellow. As a former theatre critic, he collaborated with theatre journals and magazines in the US, Chile, and France. With a background in Art History and Theory, as well as Latin American Studies, his research interests focus on Latin American Theatre and Performance, Human Rights, and Postcolonial Studies. 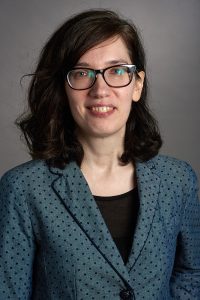 Debra Hilborn-Davis recently earned her Ph.D. in Theatre and Performance at the CUNY Graduate Center. Her dissertation explores how material objects shaped the devotional practices of people in medieval Europe. She teaches classes in critical thinking and literature at NYU’s School of Professional Studies, and has also taught courses in writing and communication at Baruch College and LaGuardia Community College. As a teacher, she is especially interested in inclusive writing pedagogy and helping students to create a writing practice that allows them to achieve their academic and professional goals. 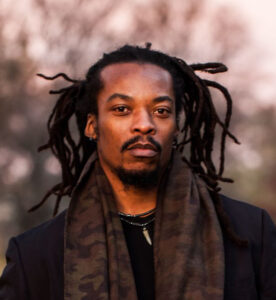 Roderick Hurley is a PhD student in Critical Social/Personality Psychology at The Graduate Center and an Adjunct Lecturer at the College of Staten Island. His research explores the role of music in political and social expression, both as a tool for solidarity and social change in immigrant communities and communities of color, and in the lives of the musicians themselves. Rod is also a recording artist, songwriter, digital music producer, and a former Director at the Copyright Society for Composers Authors and Publishers in Barbados, where he has worked for many years as an advocate for intellectual property rights for independent artists. 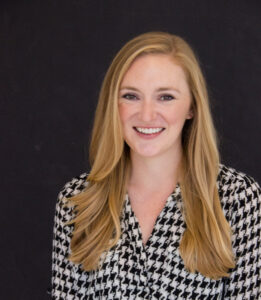 Sarah Lucie earned her Ph.D. in Theatre and Performance at the CUNY Graduate Center. Her research explores relationships between humans and objects in contemporary performance through the lens of new materialism, posthumanism, and eco-critical theory. She is Assistant Editor of TDR: The Drama Review and teaches classes in theatre at Marymount Manhattan College and NYU. She has also taught courses in communication at Baruch College and worked as WAC Fellow at Borough of Manhattan Community College. 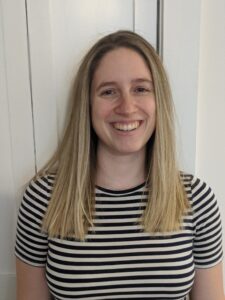 Ivana Mellers is a doctoral candidate in Sociology at the CUNY Graduate Center. Her research focuses on immigration from Latin America, laborers and consumers in the food system in the United States, and the food movement. Her dissertation examines the role immigrants and the second-generation play in the food sector in New York. Ivana holds a BA in Anthropology from Macaulay Honors College at Hunter College and is a Fulbright Scholar. She has taught sociology courses at Baruch and food studies at NYU. 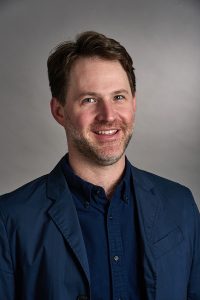 Charles Rowe is a PhD candidate in English Literature at the CUNY Graduate Center. His research examines intersections between ethics and aesthetics in late-18th century and British Romantic poetry. He has taught history at Bronx Community College’s College Now program, literature at Hunter College, and currently teaches first-year writing at Baruch College. 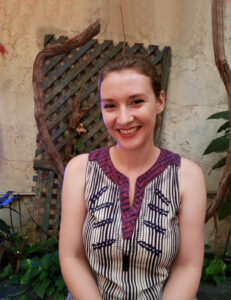 Portia Seddon is a doctoral student in the Ethnomusicology Program at the CUNY Graduate Center. She earned her BA and MA degrees in Anthropology from Hunter College, CUNY. Portia has taught at Hunter College, CUNY in the Women & Gender Studies Department since 2012, and in the Music Department since 2017. Her research concerns the intersection of music, gentrification, and citizenship discourse, and her dissertation examines the ska-punk scene’s connections to the Mexican immigrant community in New York City. 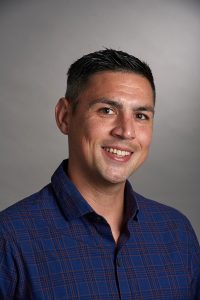 Reid Vancelette is a doctoral student in Linguistics at the CUNY Graduate Center. He has taught various undergraduate and graduate linguistics courses at Queens College over the past several years, including hybrid and online classes. His research focuses on the use of psychological methods to investigate the language of English-Russian bilinguals here in New York City. 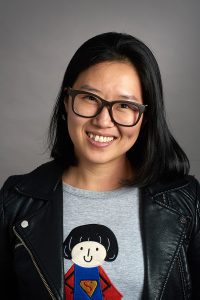 Ji Hyon (Kayla) Yuh earned her doctorate in Theatre and Performance at the CUNY Graduate Center. Her research focuses on the socio-politico-cultural implications of South Korean musical theatre and how it reflects and reveals Koreans’ understanding of race and racialized identities within and outside the domestic contexts. She has taught theatre and communication courses at City College of University, Brooklyn College, and Marymount Manhattan College. She is a contributing author in the Routeledge Handbook of Asian Theatre, the Palgrave Handbook of Musical Theatre Producers, and Dancing East Asia. 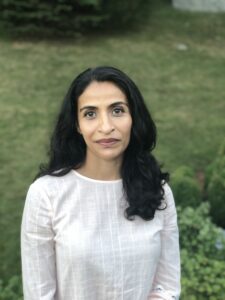 Haya Zuberi is a doctoral student in Political Science at the CUNY Graduate Centre. She has an MA in Middle Eastern, South Asian, and African Studies from Columbia University, an MPhil in Political Thought and Intellectual History from Cambridge University and a BA in Social Studies from Harvard University. Her research interests include post-colonial intellectual history and politics, modern political thought and in particular, the intersection between Islamic legal thought and contemporary politics in the nation-state. She is working on a dissertation exploring the relationship between South Asian Muslim identity and political citizenship in the liberal democratic state. She has taught courses on politics and culture as a graduate teaching fellow at Lehman College.

Writing Across the Curriculum Fellows 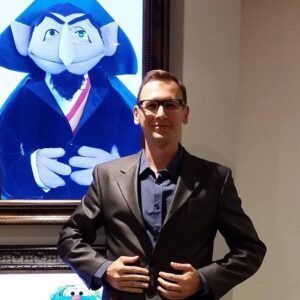 Fedor Marchenko is a doctoral student in the Educational Psychology Program at the CUNY Graduate Center and an Adjunct Lecturer at Brooklyn College, CUNY. His research interests include informal learning of newcomer baristas in New York, empathy during COVID, and design of interactive digital narratives.  He was a Fulbright scholar at the University of California, San Diego where he studied harnessing children’s interests for learning in a community learning center for underserved population. 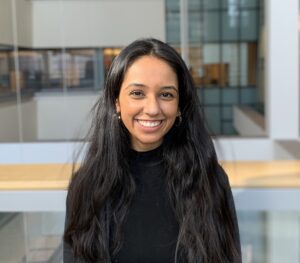 Shivani Shah is a doctoral candidate in Industrial-Organizational Psychology at the CUNY Graduate Center, housed at Baruch College. Her research focuses on diversity-related and mental health related issues in the workplace. Her dissertation will be focusing on how societal threats and movements and organizations’ responses to them impact employee behaviors in the workplace. She holds a BA in Psychology from The College of New Jersey. She has taught industrial-organizational psychology and diversity courses at Baruch College. 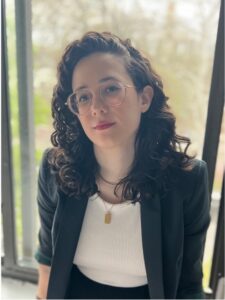 Sexcavation Podcast, a deep dive into gender and sexuality research, through SexGenLab at Hunter College.