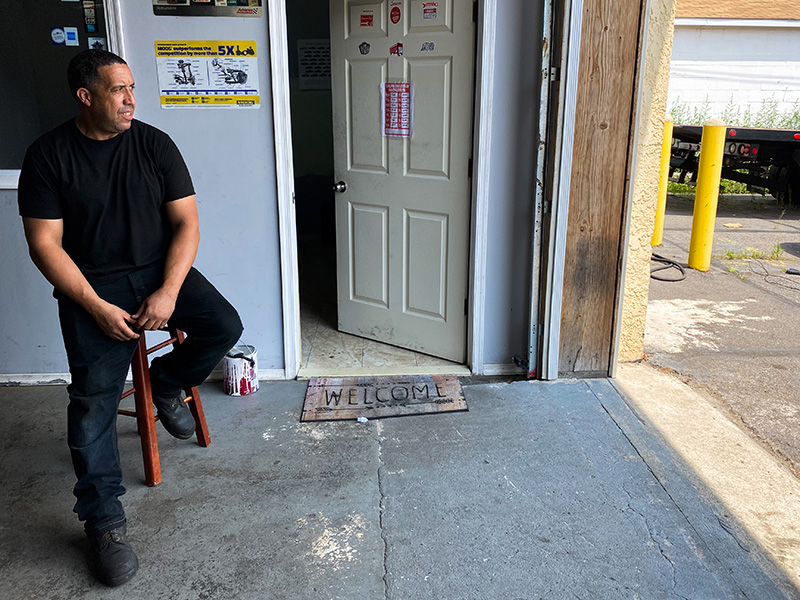 Photos and text by Ashley Candelario

After living in the Bronx where he worked as a mechanic for 20 years, my father Amaury “Yiyo” Candelario, 47, has operated his small repair shop business, Yiyo Auto Electric & Repair Inc., in Wilkes-Barre, Pennsylvania since 2018. A change of scenery and a long-sought opportunity to build a lasting family business seemed like ideal reasons to move. Candelario quickly gained rapport with clients and neighbors.

They were searched and questioned in regard to a local investigation, which did not involve them. But were incarcerated for failing to produce valid forms of identification. Both brothers spent three months in Pike County Correctional Facility awaiting a bond hearing.

José was deported to the Dominican Republic for overstaying his visa, having resided in the United States for over a decade. Amaury will have his master hearing in December to determine whether he is eligible to seek deportation relief through his family. So far, his permanent residency application was approved, and we hope it grants him a strong case to remain in this country.

“Three months in prison away from my family felt like years,” said Amaury Candelario about his time in detainment. “Things were always harder in the Dominican Republic, so I needed to focus on getting out, re-opening the garage, and saving up as much as I could to prepare my family for the worst.”

Despite vehicle repair and maintenance being considered an essential service by the U.S. government, Candelario believes the term “essential” had more meaning for citizens than for undocumented workers. “When people thank essential workers, I wonder if they mean immigrants too. If we still matter when we can’t work because we’re being locked away and separated from our families.”

In the United States, there are more than 10 million undocumented immigrants. Whether it is separating children from their families, making the appeal process for asylum seekers more difficult, or allowing detention centers to remain unsafe during the pandemic, the Trump administration has contributed to the criminalization of immigration. “I was lucky in many ways,” said Candelario. “My family was safe, in good health, and I was kept in a local prison with only two others in a cell, not with 12 or 30 others.” 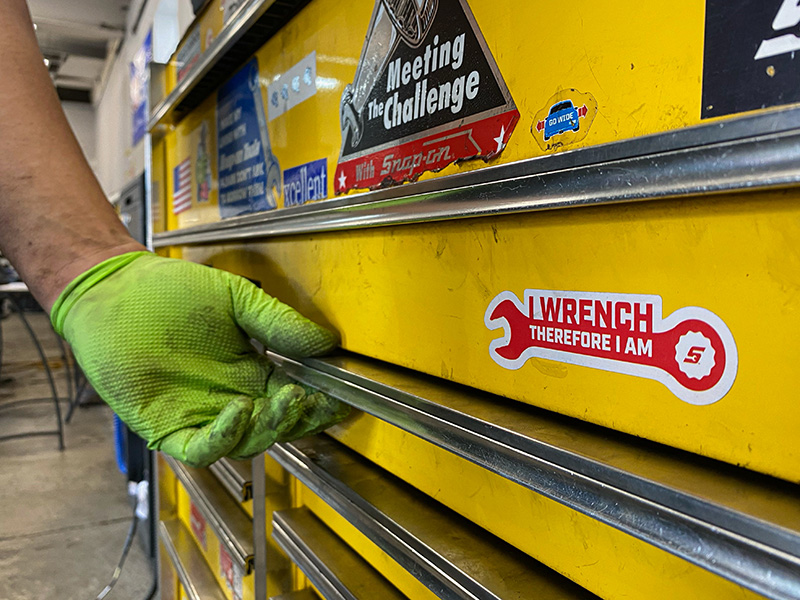 As towns and cities across the country slowly reopened amidst the pandemic, small business owners, even those deemed essential, faced abundant setbacks: overdue bills and rent payments, staff cuts, revenue loss, and the ever-present risk of permanent closure due to the inability to recover financially. For undocumented workers like my father, Amaury Candelario, the challenge of keeping a business afloat was only half the battle as the threat of deportation still worries him and our family. 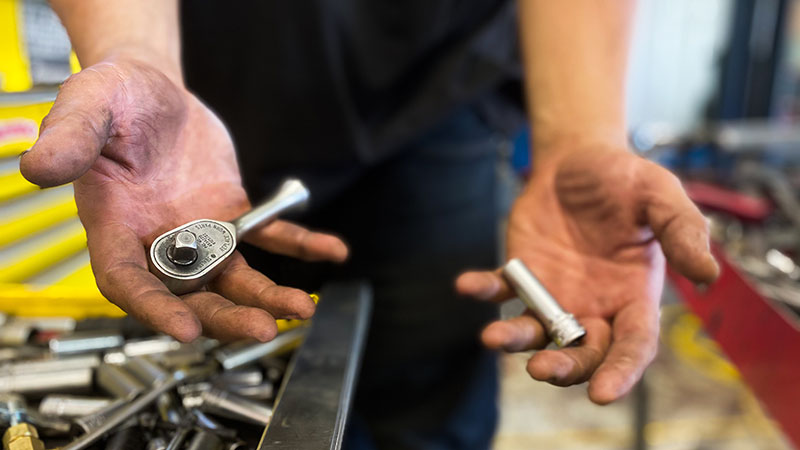 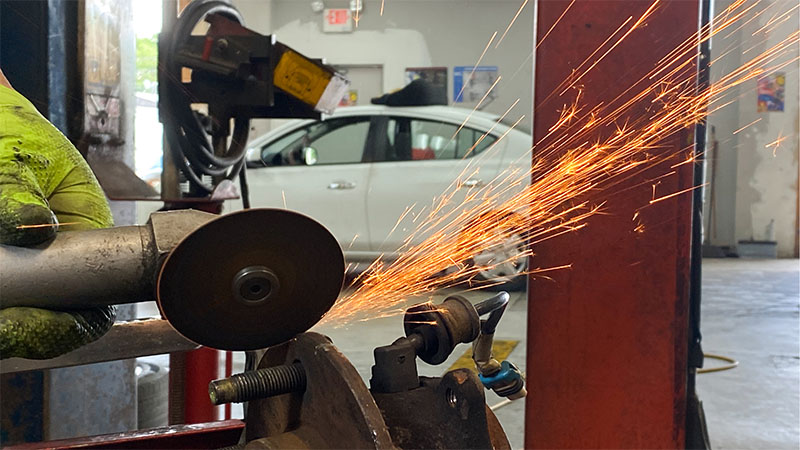 “I missed most working with my hands, this work is how I pass my time. In prison, I was doing nothing, and the minutes took so long to move,” he said.

“There are so many of us, doing all kinds of difficult work every single day, and when people thank essential workers, I wonder if they mean immigrants too. If we still matter when we can’t work because we’re being locked away and separated from our families.” 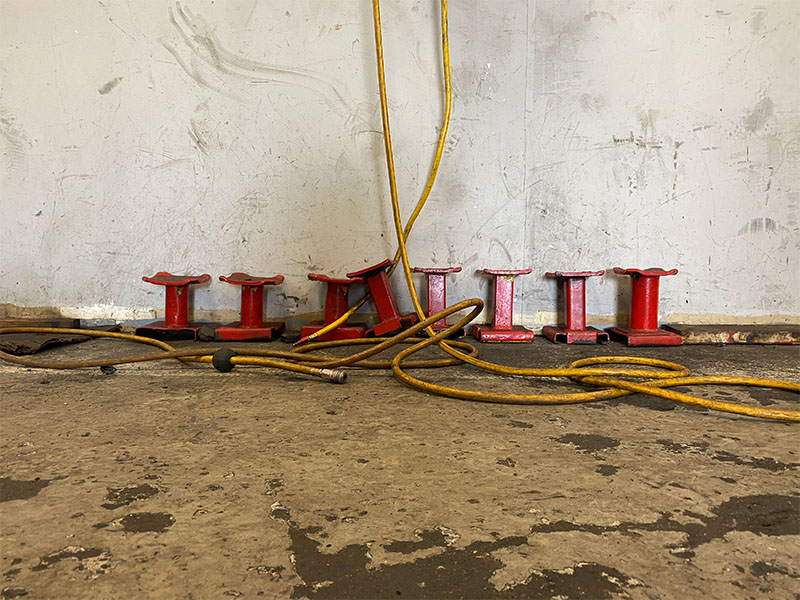 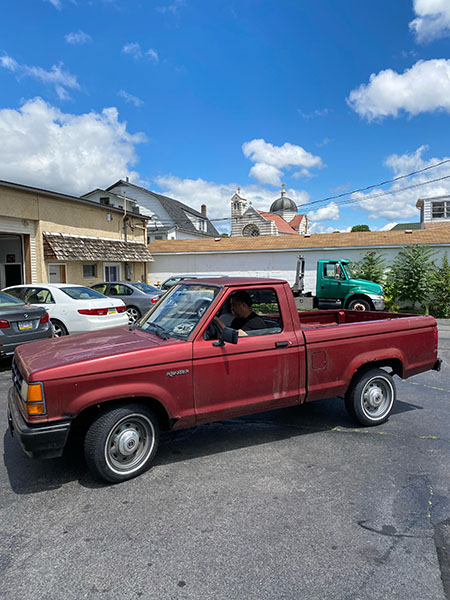 Aside from re-evaluating finances with legal expenses due, adhering to Covid-19 safety protocols for his business proved to be smoother than he expected. Upon re-opening his business in May, Candelario limited the number of customers entering the garage. Making sure customers wear masks and providing them to those who need one has also become easier with time and met with very little push back.

“People wear their masks when they come in and I keep mine on me all the time,” he said. “I give some out so I don’t have to turn anyone away.” 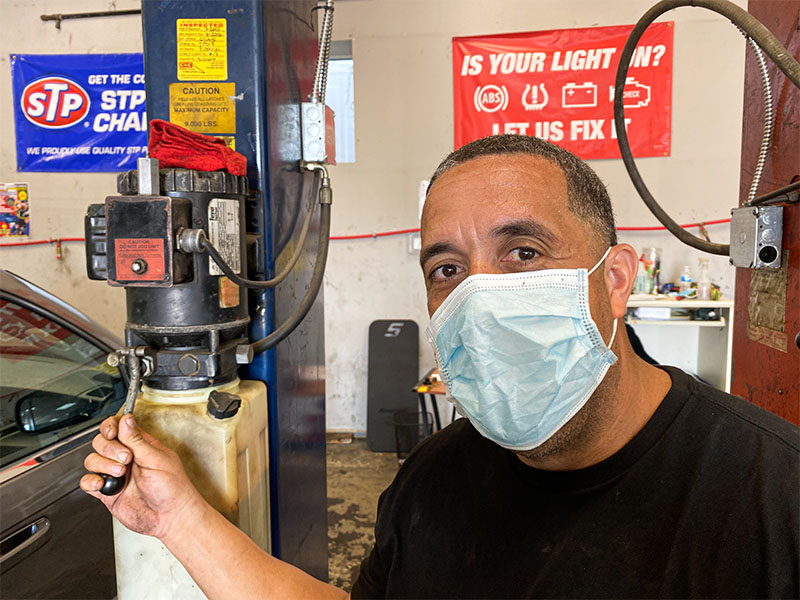 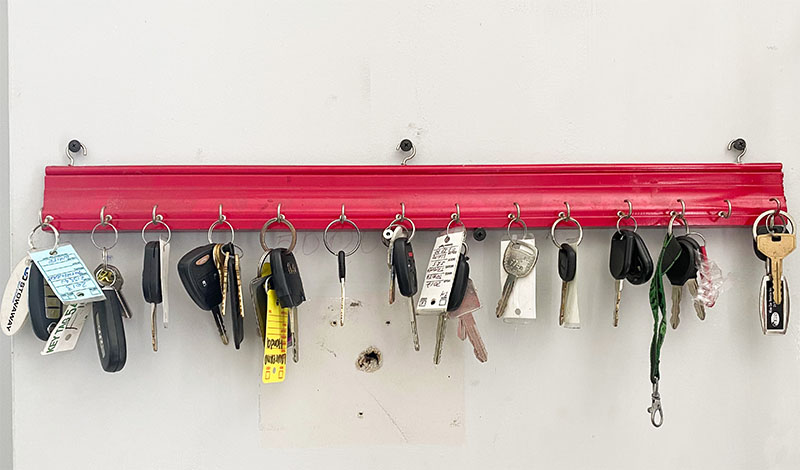 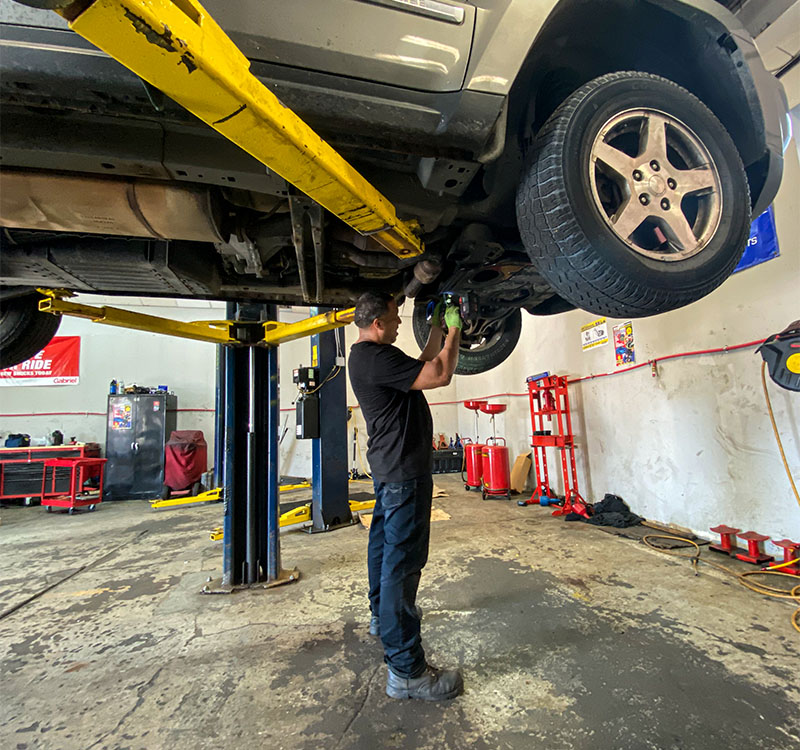 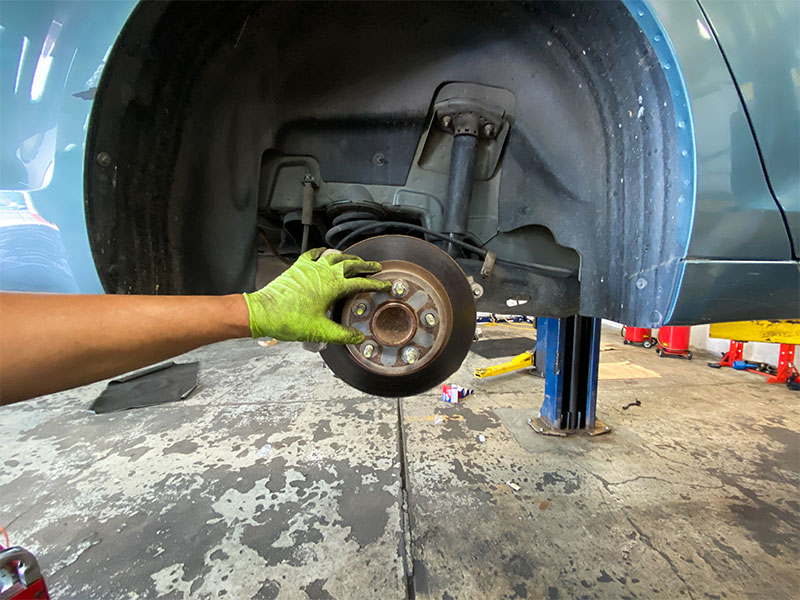 Brake replacements and oil changes aren’t as time-consuming, but with high demand for small fixes, Candelario says he’s able to complete the work if customers agree to give him time. “If I tell everyone I see that I can do the job in 20 minutes, there will be a long line and it’s not safe that way.” 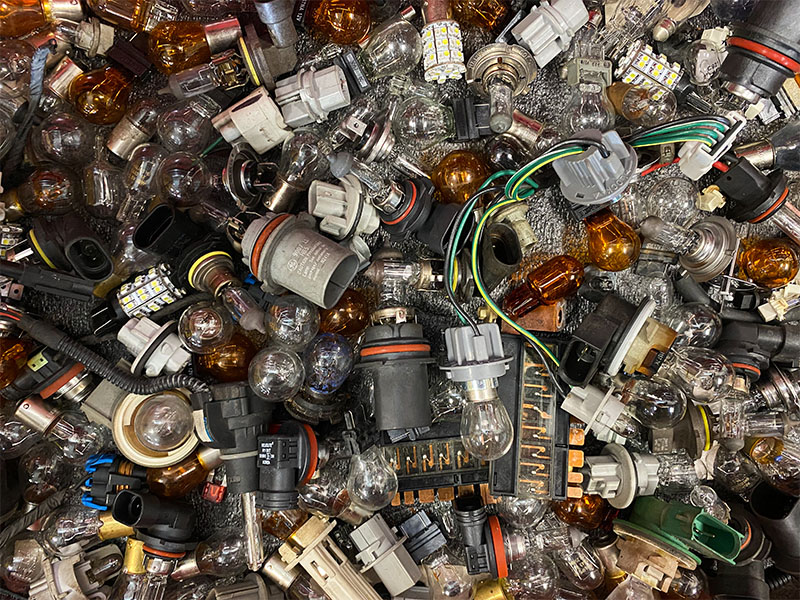 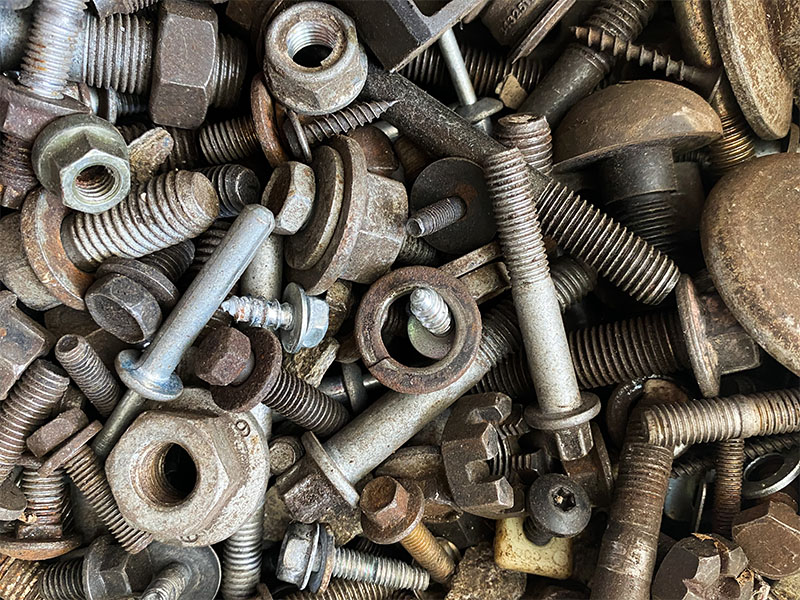 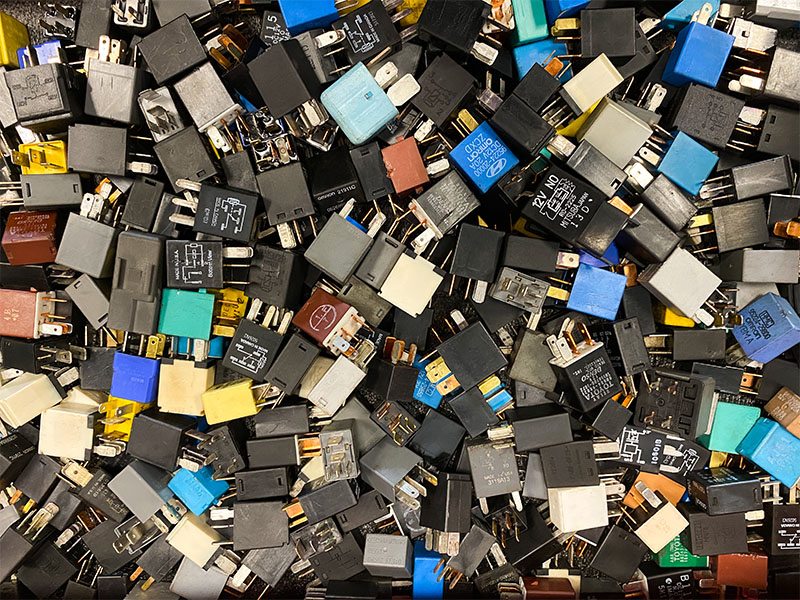 Drawers full of bulbs, screws, and unused relay plugs slowly emptied with time after being closed for months.x

Although operating the shop has been smooth since reopening, his brother’s absence is still challenging for him. Being that they’re hundreds of miles apart, they connect via FaceTime and WhatsApp.

“Sometimes when I’m having a hard day, or like the other day when I had to push a car into the garage alone, that’s when I remember how much I need him here. But days like today, when there’s nothing to do, and no one to talk to, that’s when I miss him most.” 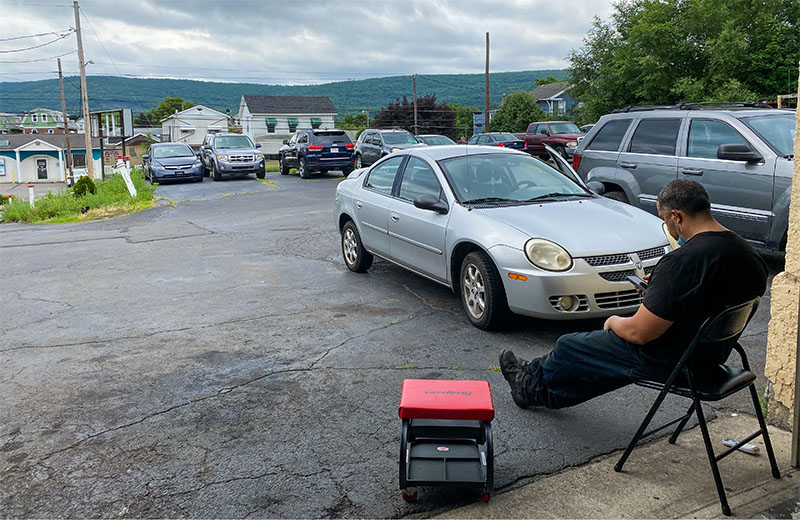 Our family has managed to surmount most obstacles during a pandemic. And being able to re-open Yiyo Auto Electric & Repair Inc. successfully has been a feat in itself. “The government needs to protect its people, and that includes its immigrants. We are all essential.” 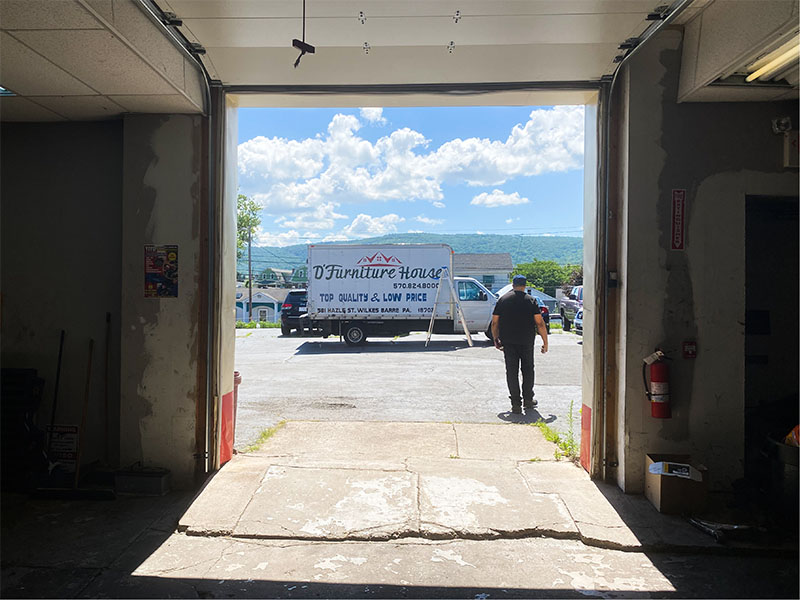