“A Poetry Personal and Political,” (review of Citizen in NYTimes) http://www.nytimes.com/2014/11/29/books/claudia-rankine-on-citizen-and-racial-politics.html

On new printings of Citizen, and what changes: http://www.slate.com/blogs/browbeat/2015/01/07/claudia_rankine_s_citizen_new_printing_mourns_michael_brown_eric_garner.html

If you’re interested in learning more about Rich, or reading more of her work, the Poetry Foundation’s site has a full biography and bibliography of her work, as well as a few poems we didn’t read: http://www.poetryfoundation.org/bio/adrienne-rich#poet

She wrote a number of essays as well–“When We Dead Awaken: Writing as Re-vision” is on Blackboard. If you want to read more of her poems (many can’t be found online because of copyright), The Fact of a Doorframe is a good place to start, as it collects poems from throughout her career, but I’d be happy to give you more specific recommendations too! (You can find a number of her books in the Baruch library)

Tamara in the Green Bugatti, 1925 by Tamara de Lempicka (self-portrait)

In case you were curious about the painter who created the image on the cover of volume F of our anthology, here’s a little bit more about Tamara de Lempicka: http://www.delempicka.org/

“…Now known as Tamara de Lempicka, the refugee studied art and worked day and night. She became a well-known portrait painter with a distinctive Art Deco manner. Quintessentialy French, Deco was the part of an exotic, sexy, and glamorous Paris that epitomized Tamara’s living and painting style.

Between the wars, she painted portraits of writers, entertainers, artists, scientists, industrialists, and many of Eastern Europe’s exiled nobility. Her daughter, Kizette de Lempica-Foxhall wrote in her biograpy of Tamara De Lempica Passion By Design, “She painted them all, the rich, the successful, the renowned — the best.

There was also an interesting novel that came out a few years ago about her life, called The Last Nude, by Ellis Avery: http://www.goodreads.com/book/show/10836810-the-last-nude

All I See Around Me is the Same Old Darkness: Gloria Davies on Lu Xun: An interesting interview in the LA Review of Books, with Gloria Davies, author of a new book Lu Xun’s Revolution: Writing in a Time of Violence. (Part of a series on major writers who never received the Nobel Prize for Literature) 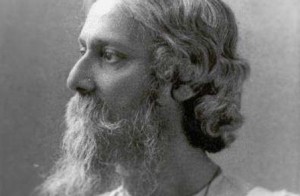 A sampling of his poems: http://www.poetryfoundation.org/bio/rabindranath-tagore#about

“Tagore and His India,” Amartya Sen (gives an overview of many aspects of his life and work): http://www.nobelprize.org/nobel_prizes/literature/laureates/1913/tagore-article.html

The Home and the World (novel, available in full online): http://www.gutenberg.org/ebooks/7166

A Desertful of Roses: The Urdu Ghazals of Ghalib: http://www.columbia.edu/itc/mealac/pritchett/00ghalib/

This site offers a huge catalog of ghazals by Ghalib–available in Urdu, as well as numerous different translations, that are interesting to compare.

As mentioned today–here’s the trailer for a movie made a few years ago dramatizing the last few years of Keats’ life and his relationship with Fanny Brawne.

If you read Spanish, you might want to look at the poems we’re reading by Sor Juana in the original Spanish:

Today in class we looked at Mary Wollstonecraft’s place setting from Judy Chicago’s “The Dinner Party.” 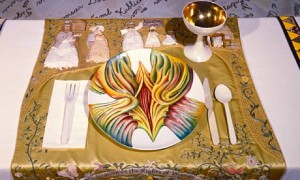 I highly recommend checking it out in person if you get a chance–its pretty awesome to see in person, and its on permanent display at the Brooklyn Museum (admission is suggested donation, so pay-what-you-can).

You can read more about the whole project here: http://www.brooklynmuseum.org/eascfa/dinner_party/home.php

Browse the various place settings (a few of the other writers we’ll read this semester have place settings too): http://www.brooklynmuseum.org/eascfa/dinner_party/place_settings/browse.php

Here’s a few more readings on the canon, the debate surrounding it, and how we define literature:

“The Use and Abuse of Literature” (excerpt): http://www.nytimes.com/2011/04/17/books/review/excerpt-the-use-and-abuse-of-literature-by-marjorie-garber.html?ref=review