I have recently read an interesting blog post by someone with the username Poppascotch on the website horror-movies.ca.  The post talks about how close the horror and comedy genre is in producing the same effect.  This interests me a lot because in my experience I’ve felt that all the horror comedies I have seen have failed to produce both feelings of fear and moments that make me laugh.  You can read the article at the link below.

The article says that horror and comedy both have similar ways to induce a response from the viewer.  It says that in horror the viewer is set up by such things as a person going to investigate a dark house and it creates a feeling of fear that results in a scare.  In comedy a character is set up with a ridiculous situation that the viewer knows must end in a laugh.  After reading this I can see how horror and comedy work in similar ways, but the question still is for me can they work at the same time?

My answer is no.

I feel that the horror comedies I have seen throughout the year can either be scary or funny.  For example one of the most obvious horror comedies Scary Movie, was not scary at all; in my opinion it was funny either.  One movie I did find very funny was Shaun of the Dead.  This movie works great with the inducing laughs, but lacks in the horror department.  I don’t feel that in this movie I ever felt the anxiety or fear that other films such as Martyrs have created. 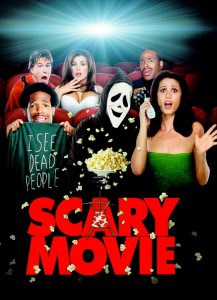 I hated this film...

One thing I have experienced while watching horror films is that there are scenes in which a joke is said that has made me laugh.  One example of this is The Last House On The Left, both the original and the remake.  In the original film the police are there as almost a small comic relief and in the remake the father says jokes that I found funny.  These films do not consider themselves horror comedy whatsoever, but still had moments that make the viewer laugh.  I feel this works because there is not an equal blend of comedy and horror; there is a ratio of one laugh to every ten scares.  I feel this works similar to a lot of action films, where there are little jokes said in between all the action. 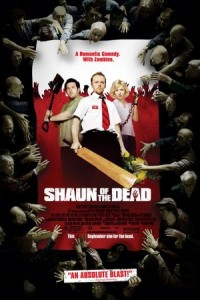 Zombies haven't been scary since the 60's.

Another thing I thought about while watching both The Last House On The Left movies, is the way they put in the few laughs.  In the original the laughs are throughout the film and in between each seen or horror.  I feel this was done because at the time of its release the subject matter of a teenager being raped was very intense and these comedic scenes were there to lessen the shock.  This is exactly what I felt it did, but towards the end of the film the comedy stops and the film makes the viewer totally forget that there were ever moments they could think of laughing.  The remake takes a different approach where they give some jokes in the beginning of the film, but once the horror starts the comedy ceases altogether.  This I feel makes for a very different experience then the original and a much more horrifying one. 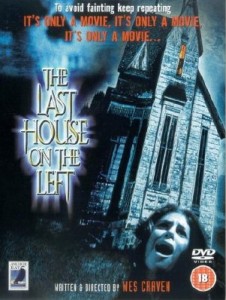 So all in all what I’m trying to say is that I do not feel the horror comedy genre is very effective at all.  The one exception I have to this is when the film has very subtle and dark comedy, one that doesn’t really have the viewer laugh out loud or have the HAHA moment.  One example of this is the film featured in the article American Werewolf in London, which creates some scares and some what I’ll call giggle moments…yes, giggle moments.  Another one that did this for me was the film we watched in class Doctor Strangelove, but I can’t really consider that a horror comedy.  Well these are my opinions on the horror comedy genre; let me know how you guys feel! 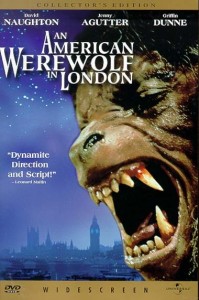 One thought on “Horror and Comedy in One!”