How America remembers the Civil War or any other historical events, is always going to be based on who wrote history.  Mostly on someones documented memories.  Using primary documents that historians have gathered.  Each with enough supporting evidence to draw up a valid conclusion.  “Valid meaning, each piece of evidence supports the conclusion that certain events occurred, but doesn’t necessarily makes it true or sound. 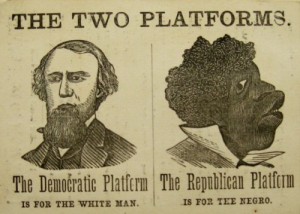 The review that Eric Foner writes about Race and Reunion: The Civil War in American Memory” by David Blight showed that many people remember the Civil War differently.  Everything from the cause of the war,  political views,  rebuilding, and how it should be looked back on was different; causing drifts and segregation.  It actually made me want to read the book.   I mean I was actually shocked to discover how the celebration of Memorial Day was started, and even more by whom.  It use to just be a day off from work for me.  I can honestly say that has changed a bit.  Funny, while speaking to some friends about it, none of them knew that was how that national holiday began.

The review helped solidify my view of what in history is actually available to you.  How much of the truth do we actually know? How much are we allowed to know?  The people in power make the laws, and the people in power write history.  One should think that judging from what we know about that past, you can come to appreciate, and really thank those people who are able to seek the truth…as they saw it.  The black soldiers that died in the war, could have easily been left out of the memoirs, letters, and documents from those time.  Foner even mentioned how Blight “…gives black Americans a voice…denied in work of memory…”  This to me, shows that historians can choose to omit a lot of the past, if they haven’t already.  This would have completely stolen the voices of black America, and kept us from knowing about the past that many would wish was forgotten. Our current war on terror, is an example of history, though not very distancan be views as being very  politically motivated.  Why are we in the war?  Is it because of the 9/11 terrorist attack, oil, weapons of mass destruction’s, and/or war profiteering. This list can grow longer depending on who you ask. 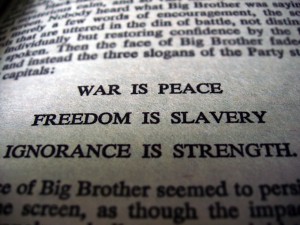