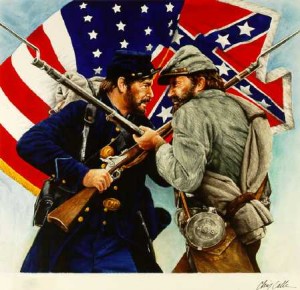 After reading the review of “Race and Reunion: The Civil War in American Memory”, the book sounds interesting to me. Author, David Blight mentions that there are different memories about Civil War caused by the political motivation. For instance, in “emancipationist view, the war is bringing a rebirth of the republic in the name of freedom and equality, but reconciliationist memory is to emphasize what the two sides shared in common”. He says that “race” is an important fact for politician to modify the truth of Civil war in American memories and illuminate that the history we learned is a bias made of the ‘winer’. Therefore, I think reading the book will benefit to everyone.
The other example is Nanjing Massacre. This is a sad memory for everyone. 18 September 1937, Japanese invaded Nanjing. Japanese soldiers raped and killed 300,000 Chinese civilians during one week. Those soldiers played a game that is who kill most Chinese people and treat Chinese people lower than animals. As a result, Chinese government makes Nanjing Massacre as national disgrace and every Chinese people learn the history when they were kids. However, this unhumanized action of Nanjing Massacre was denied by the Japanese government. They stop teaching the history and eliminate the truth on textbook. Additionally, Japanese officials worship the war murders as heroes. Now, Nanjing Massacre still is a controversy between Chinese and Japanese governments.