During the 1990’s there was a new era, not just in terms of politics but also in terms of freedom and equality.  African Americans became more and more free and accepted as the 90’s came along.  In the 1990s Clinton became President and the rich people in the country were prospering like crazy, while the poor people’s minimum wage failed to increase with inflation.
Even though the wealth gap was increasing, African Americans were getting more jobs and the black wealth was going up.  According to Foner more blacks where getting jobs that were formerly known as white jobs, such as being a fireman or police officer.  The number of black police officers increased from 24,000 to 65,000 from 1970 to 2000.  Blacks were getting more and more wealthy faster than whites, and the concept of racism started to fade.  Even though racism was going away, black communities still continued to struggle as half of African Americans lived in poverty, and the ones that weren’t in poverty lived in predominantly black neighborhoods.  This is a huge factor in history I believe because you cannot just expect racism and segregation to die out so quickly it takes time for the older generations to forget about the days of racism and the ideas that “blacks are lower.”  This is a huge part of history and the hardships African Americans need to go through to gain full equality. 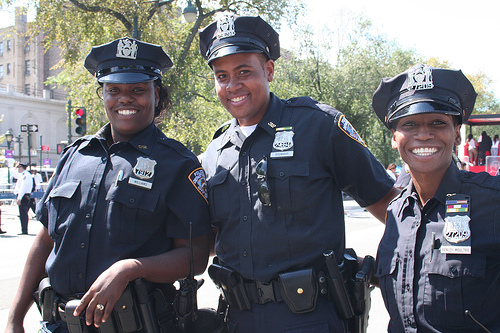