During my visit to African Burial Ground, I learned many additional information about African Americans that I don’t normally learn in a classroom. This visit allowed me to integrate the knowledge taught to me in class with the information given to me.

One of the most important things I learned is that the Africans that were enslaved had rights in the beginning. This is one fact that textbooks usually neglect. I’ve always been taught that African Americans were forced into labor, but according to the African Burial Monument, they were enslaved but with rights to own land and other things. Matter of fact, in 1644 11 enslaved Africans won their partial freedom and the right to 100 acres of land. This land became known as the “Land of the Blacks.” It was not until later were slavery codes become more oppressive and all their rights were stripped from them.

In this exhibit, the bodies they found were in coffins covered with symbols. These objects symbolize fortunate things for their afterlife. A symbol that’s common is the Sankofa, which translates to “learn from the past to prepare for the future.” This is to learn that lessons of sacrifice, perseverance, respect and power of the community is needed to a better future. 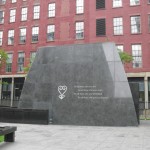 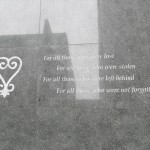 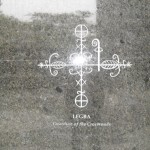 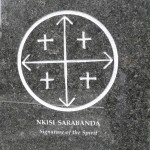 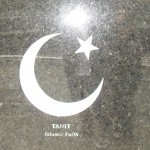