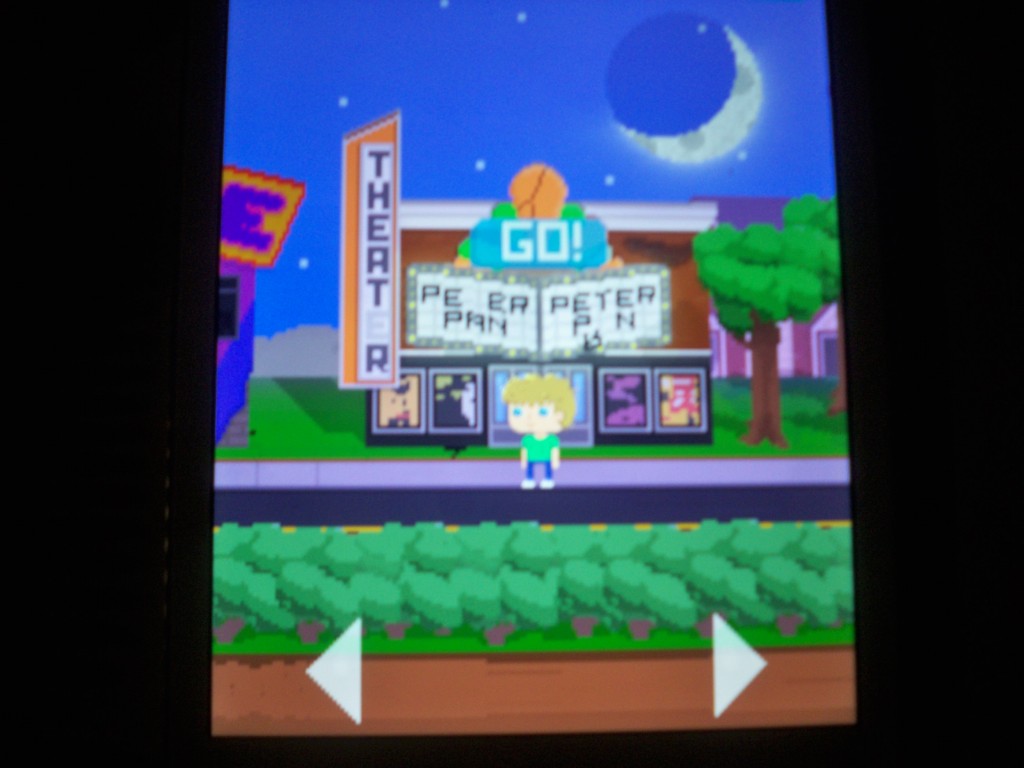 “Peter Panic”, a full voice-over musical satire about the state of mobile games. Photo taken by Daniel Figueroa on an iPad.

Broadway and video games might be thought of as two different worlds, and having a Broadway cast participate in your gaming sessions might sound like a crazy idea. James Marion, 24,game designer and artist based out of Brooklyn, however, has blended the distinct worlds in a mini-game musical called Peter Panic. The mini game features a full score by composers Benjamin Bonnema and Nikko Benson and actor, comedian and singer, Remy Germinario. Germinario is just one of the Broadway performers lending their voices to “Peter Panic”.

People gathered at the launch event held by New York University’s Department of Game Design at the Tisch School of the Arts. On this evening, the community was provided with peanut cookies, color chocolate candy, flavor colored wine and bottled water. 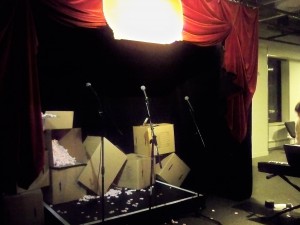 The aftermath of a day packing peanuts in the “factory”. Photo taken by Daniel Figueroa.

This is an in game song called, “My Styrofoam Home ” with Ben Bonnema. Performed by Nikko Benson, and Remy Germinario: 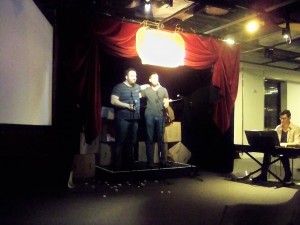 An original song, “Singing Our Song that Goes like This” by and performed by (Left) James Marion and (Right)Nikko Benson. Photo taken by Daniel Figueroa. 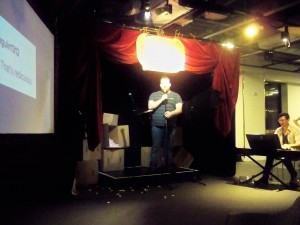 A  slide show and song made from all the “positive feedback” for the game “Peter Panic” by the community on social media. Marion is happy to bring the “musical experience on-the-go” that almost has 250,000 downloads from the Apple App Store, as of March 10,2015.

“Peter Panic” is available for free in the Apple App Store with a supplementary soundtrack on iTunes.