In the late 1990s, when the Institute of Public Administration sold its building at 55 West 44th Street, a large portion of their papers was transferred to a storage facility deep in the hinterlands of Queens. A few years later, the rest of the collection was moved to the same location where it resided for over a decade. Before the processing part of the project could begin, the collection had to be transferred to the Baruch College Archives and surveyed. 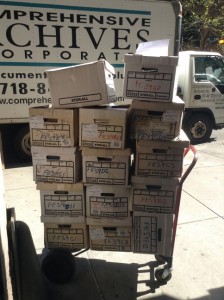 IPA Boxes Being Delivered to the Baruch Archives. 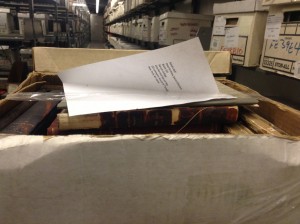 IPA Collection Inside the Baruch Archives

Over the course of two weeks, the entire collection was moved to Baruch and placed in a previously designated location. Next, in order to keep track of the contents of the collection, as well as to document the various issues encounter during the survey process, the project archivist created a Microsoft Access database that was to be used in the creation of a processing plan – a set of instructions on how the collection was to be organized in order to make it usable to researchers. 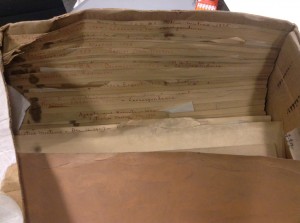 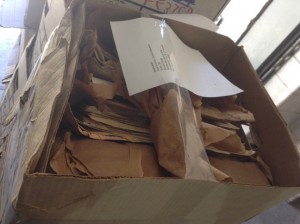 Two of the Surveyed Boxes

Over the following month, each and every box in the collection was opened, the general contents of each described in the database. Some of the boxes were neatly organized with each folder clearly labeled while others were completely disorganized. Right away a number of problems were discovered that called for immediate action. At some point in the past, part of the collection was exposed to water and left untreated, leading to mold growth and general water damage. To prevent the mold from spreading to unaffected items or impacting the health of persons coming in contact with the collection, items showing mold damage were separated and quarantined for the time being. 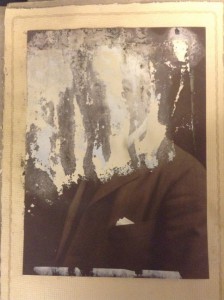 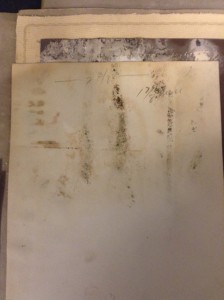 Examples of Water and Mold Damage 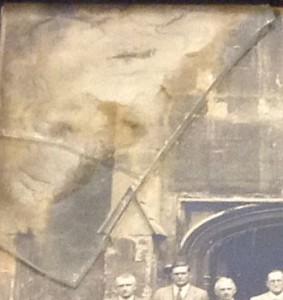 Glass Fused to a Photograph 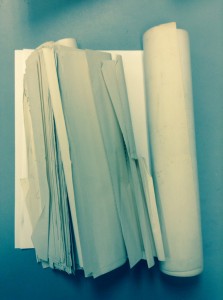 Four weeks after beginning the surveying process, we were ready to embark on the next step.