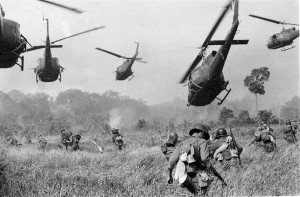 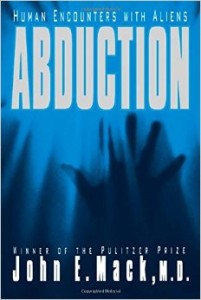 We’re all familiar with “Six Degrees of Separation” — how everyone and everything is connectable in six or fewer steps, a chain of relationships that binds the cosmos, or so the theory goes. In this way, Gulick, Vietnam and extraterrestrials are definitely related.

We know this from our research, where lines of inquiry can cross in the strangest of ways. So when Ruth P. Mack turned up prominently in the files of our Institute of Public Administration Collection, we experienced a shock of recognition.

Ruth Mack, who died in 2003 at 99, was a noted economist and professor. She was a New Rochelle banker’s daughter, the socialite Ruth Prince, whose 1924 wedding to a grandson of the founder of the Gimbel Brothers department store empire made the society pages. Starting in 1967 she was director of economic studies for the IPA where she worked alongside Gulick. She was a veteran of FDR’s New Deal and served on the research staff of the National Bureau of Economic Research. She taught at Columbia and the New School of Social Research — and our own City University of New York. She wrote learned and abstruse books, and papers like “Factors Influencing Consumption: An Experimental Analysis of Shoe Buying.”

In October, 1971, according to a memorandum in the IPA files, Ruth Mack weighed in on a bitter controversy that had split the organization. IPA had taken on a contract to advise the National Institute of Administration in South Vietnam. The war was raging, to violent protests across America, and ultimate victory by the North Vietnamese Communists and Vietcong less than four years later. (I had witnessed some of this myself, as a Saigon correspondent of The New York Times from 1969-71.) The IPA was torn too: several board members resigned in opposition to the contract.

Ruth Mack sympathized with them, as she wrote the trustees: “My thinking (and feeling) starts with abhorrence of war in general, and war in Vietnam in particular, a feeling which is intensified by great mistrust of the Ky government.”  But she continued, the IPA had to continue aiding the infrastructure of South Vietnam and the young people “determined to create a better future for their country.”

“To slip on a pair of white gloves at this point and disassociate ourselves from the facts of these changes would imply desertion of the only good thing that may emerge from this mess — a new generation of people with a new capability and intent.” 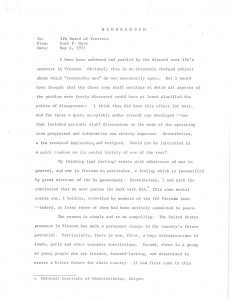 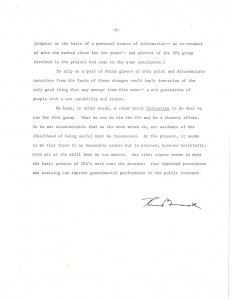 The fate of the Vietnam contract is not told in the Mack file and will take further research to establish. But to stay with the Six Degrees of Separation…

Forty years before her IPA memo, Ruth Prince’s storybook marriage ended in tragedy. On New Year’s eve 1930, a year after the stock market crash and less than seven years after wedding Lee Adam Gimbel, a Wall Street broker and grandson of Adam Gimbel who founded the original Gimbel store in Vincennes, Ind., in 1842, she was widowed when her husband leapt from a 16th floor window of the Yale Club. Their daughter, Mary Lee, was just 4.

Ruth Prince soon married again, her second husband an English professor, Edward C. Mack, who would gain renown  as a specialist in Victorian literature and distinguished faculty member at the City College of New York. (I looked up to him there when I attended CCNY starting in 1958 –another Degree of Separation). Edward Mack, too, had been sadly widowed, by the untimely death from illness of his young wife, and was raising their infant son, John. Ruth Prince Mack became the only mother John ever really knew.

In yet another grim twist of fate, Edward Mack was killed at 68 in 1973 in a car accident near their summer home in Thetford,Vt.

John Mack grew up to become a distinguished psychiatrist at Harvard Medical School and a decorated author — his biography of T.E. Lawrence won the Pulitzer Prize in 1977. But a chance encounter in 1990 with a visionary artist and UFO researcher, Budd Hopkins, started Mack on a strange quest of his own — to try to fathom the bizarre stories many of his patents were telling of having been abducted by alien beings. Mack subjected them to rigorous investigation, concluding that they were not insane, deluded or fabricating — something inexplicable but indeed “real” had happened to them. What, Mack couldn’t explain.

He wrote a bestseller about the phenomenon, “Abduction: Human Encounters with Aliens,” that landed him on Oprah and, given his exalted standing at Harvard Medical School, won him growing international fame — and infamy. Mortified Harvard superiors in the 1990s put him on secret departmental trial in an inquest into his scientific methods that ultimately exonerated him of any wrongdoing.

John Mack was pursuing his unorthodox research in 2004, days before his 75th birthday, when he traveled to London for a program on Lawrence of Arabia, looked the wrong way down a busy street, and was struck and killed by a drunk driver.

I have been researching his haunting story ever since.

But I didn’t expect to encounter his mother in the Baruch Library Archives.