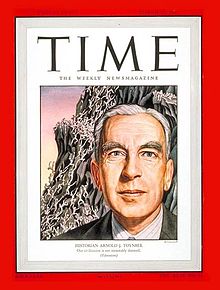 We all know who this is, right?

Of course — Arnold J. Toynbee, the prolific British historian (1889-1975) renowned for his majestic opus, “A Study of History” that traced the rise and fall of 26 civilizations in 12 volumes. He graced the cover of Time the week of March 17, 1947. https://en.wikipedia.org/wiki/Arnold_J._Toynbee

Why are we telling you this?

Because Luther Gulick (who knew everyone) consulted Toynbee during World War II for his thoughts on the global cataclysm. How long was the world likely to be in turmoil? Gulick asked the most famous living historian in 1941. (Gulick himself guessed three or four generations. ) So he was taken aback when Toynbee answered 300 to 400 years.

Both were wildly off, we now know. Within four years, the Allies had vanquished the Axis and set the world on the path to peace and unprecedented prosperity, through many zigs and zags.

But it looked mighty gloomy to Gulick as he sat down at the end of 1948 to compose his annual Christmas letter to his sons Clarence and Halsey (Luther Jr.) and their families. The hot war was over but the cold war was just beginning. Jan Masaryk, the Czech patriot who had worked closely with Gulick to write a constitution for his homeland in the years after World War I, was dead, fallen — or thrown –from a window. https://blogs.baruch.cuny.edu/ipaprocessing/2014/11/and-thanks-for-the-binoculars/ 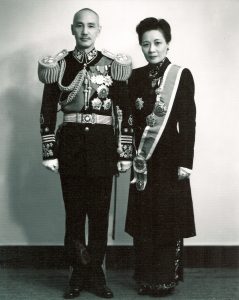 The Generalissimo and Madame

Everywhere Gulick looked, “the revolution was on” as a scary new world struggled to be born.

In an insight that looks extraordinarily perceptive nearly seven decades later, Gulick saw America as the victim of its success, amid “the spread of materialism and technology without a corresponding advance of ethical and moral standards and sanctions.”

Here we were, with more than half the productive power of a war-savaged world, “so over-important and yet so underexposed to the real problems” that we were being dragged along into an dangerous and uncertain future. 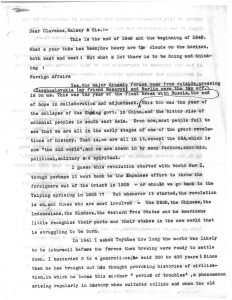 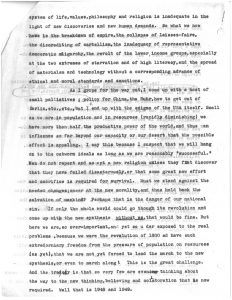