The following blogpost with illustrations was written by Aaron Horvath, a Stanford University doctoral candidate who visited Baruch College’s Newman Library Archives in November to research the early governmental reforms of the New York Bureau of Municipal Research and the Institute of Public Administration. We are grateful for his input and gratified he found the Collection so useful.

DEMOCRACY’S ORG CHART (OR, HOW DID PUBLIC ADMINISTRATION LOSE ITS PUBLIC?)

The administrative theorists of the early 1900s loved organization charts. Everything — from the hierarchy of their own offices to the operational layout of democratic government — could be outlined in an organization chart. And outline they did.

Organization charts, for the unacquainted, are maps of formal hierarchies and authority within bureaucracies, illustrating how functional divisions of work, distinct departments, work roles, and people are yoked together in these entities called organizations. Though in many ways these charts are works of fiction — in practice, hierarchy and authority often differ substantially from their depiction on paper — they offer telling insights into the administrative assumptions, theories, and fancies of those who create them.

The following images are a series of organization charts produced between 1910 and 1940, by men traveling in the orbit of the New York Bureau of Municipal Research (and later, the Institute of Public Administration). As you proceed through these charts, consider which features appear or disappear, which ones move in or out of focus. 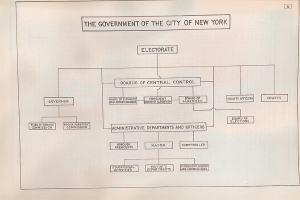 Fig 3. Government of the United States (Bureau of Reclamation, 1935) 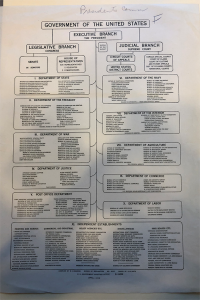 Fig 4. Federal Agencies Directly Responsible to the President (President’s Committee on Administrative Management [Brownlow, Gulick, Merriam, and others]; circa 1936-1938) 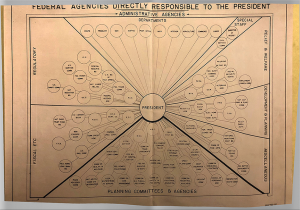 Fig. 5. The Federal Government of the U.S.A. Outline of Structure (President’s Committee on Administrative Management, circa 1937) 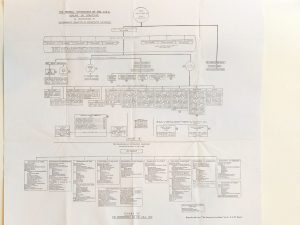 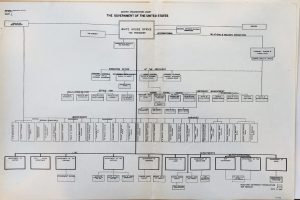 A cursory examination reveals a variety of changes. Different levels of government are depicted, and different levels of complexity are used to delineate the structure of authority. Closer examination, however, reveals more profound changes in the depiction of authority, especially considering the democratic commitments of the governmental entities being described. The public disappeared.

In the early charts, there is no question who fills the top role. In New York, it’s the “Electorate.” In Philly, it’s more specifically the “Registered Voters [of the] City of Philadelphia.”  But as we move into the 1930s, the public disappears altogether, the top position now filled by the broad “Government of the United States” before immediately dropping to the “Executive Branch.” In the sunburst chart, the President is the sun around which all administrative agencies orbit; the public is not visible. The recommended re-organization chart bears the marks of these predecessors, with an interesting twist — the legislature is granted the highest position on the chart and the most distinctive shape. Following its lines of influence, however, quickly leads to a dead end (I cannot help but wonder the degree to which this is a rhetorical device to mollify congressional concerns surrounding the over-concentration of power in the executive). In the midst of WWII, the visual dominance of the executive is reasserted; the public is still absent.

Of course, images alone make for an imperfect comparison. These are only some of the many governmental org charts produced over this roughly 30-year period; they weren’t all produced for the same ends, and, indeed, the movement away from including the public is not uniform. One can find in Luther Gulick’s papers an org chart of New York City from the 1930s that more closely resembles that of Philly in the 1920s.

Nevertheless, the authority structures mapped in these evolving org charts visually reflect the story found in the voluminous correspondence, memos, reports, papers, and books that these chart makers produced alongside their illustrations of administrative order. Frustrated by the ugliness and inefficiency of politics, optimistic about the promise of objective administrative science, an influential cadre of administrative thinkers began to articulate a new vision of democratic governance, premised less on the contributions of the public and more on effectively administering to the public. What this meant, in practice, was to carry the offices and operations of American government further away from the influence and scrutiny of the American people.

The very ethos of this shifting focus is found in a piece written by Luther Gulick (among whose archival materials five of the above six org charts can be found). In Papers on the Science of Administration (written with the British Taylorist, Lyndall Urwick in 1937), he contends that, in all forms of administration, public or private, “the basic ‘good’ is efficiency,” defined as the “accomplishment of the work in hand with the least expenditure of man-power and materials.” “Efficiency,” he continues, “is thus axiom number one in the value scale of administration. This brings administration into apparent conflict with certain elements of the value scale of politics.” To this end, he highlights the “highly inefficient arrangements like citizen boards and small local governments which may be necessary in a democracy as educational devices,” ultimately concluding that such “interferences” do not “in any way eliminate efficiency as the fundamental value upon which the science of administration may be erected.”

Concerns with the public did not disappear altogether. Though its political authority is diminished, its interventions in government understood as “interferences” with efficiency, the public becomes an end to be served by the state, not a participant in the state itself.  In the haste to advance an apolitical politics of efficiency, the administrative thinkers of the early 20th century minimized the role of the public as well.