The Ticker, the official newspaper of Baruch College, is celebrating its 80th anniversary this year. As is often the case with school publications, the Ticker began humbly, but has risen over the years to a well-respected, award winning newspaper.

This on-line exhibit uses pictures, advertisements and testimonials to provide a glimpse into each decade up to the present. Preserving the memories of the college and serving as a unifying force to a dispersed college campus, the Ticker has become a source of pride to the entire Baruch College community. 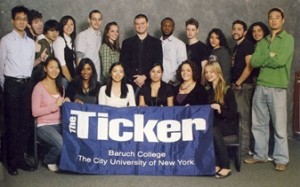 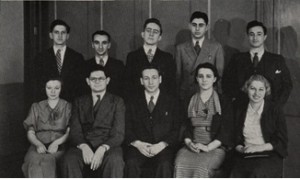