“I went out today to go shopping but I didn’t expect to be bringing home a cat instead of a pair of shoes,” said Evelyn James, 28, who lives in Stuyvesant Town in Manhattan.

This was the beginning of an exciting conversation I shared with James one afternoon as we stood beside an ASPCA van at one of their mobile adoption events. As an animal lover myself, and someone who was raised by a family that has adopted several dogs over the years, I was intrigued by James’ decision to adopt that day.

I met James, who currently has no pets and had no intentions of getting one in the near future, while walking to Starbucks one recent afternoon. I noticed a group of people huddled around an orange van on the corner of First Avenue and East 18th Street. Out of curiosity I decided to take a look at what was going on, and as I drew nearer I could see that branded across the side of the van were the letters “ASPCA.” Better yet, the van was filled with cats and kittens, all of which were up for adoption by the American Society for the Prevention of Cruelty to Animals.

“I hope my boyfriend isn’t allergic to cats,” she said with a chuckle. James explained that while growing up, her family always had a cat in the home. Since moving out of the house, she always felt her apartment was lacking something without a furry friend to come home to. 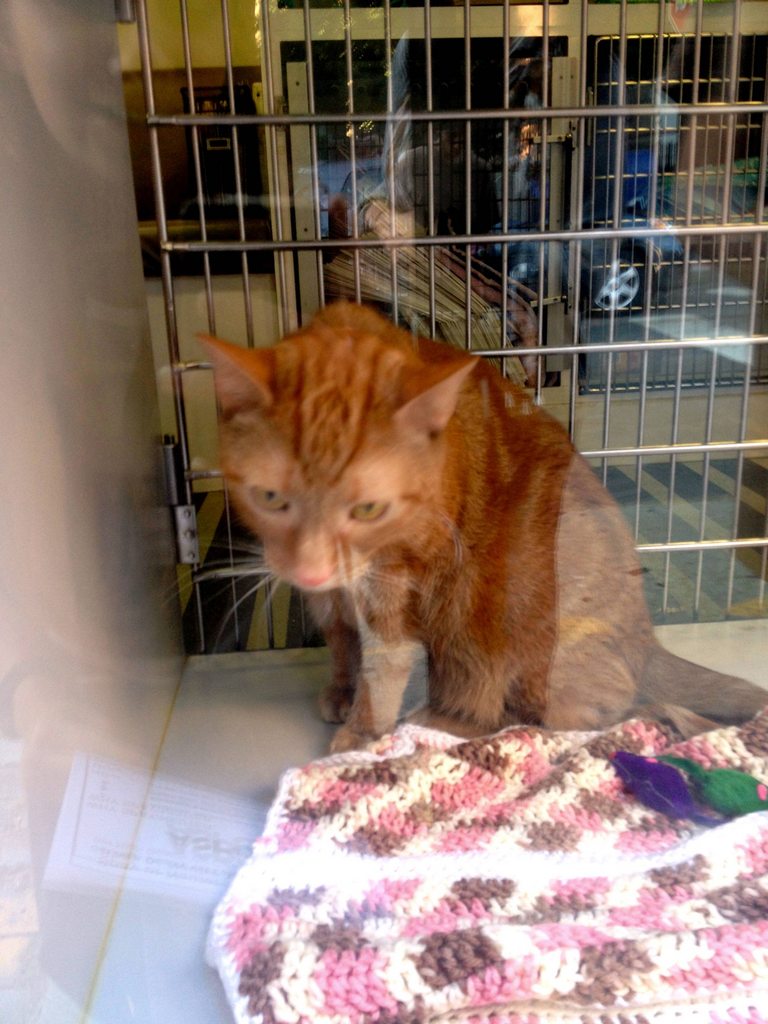 An orange Tabby cat that was adopted at the mobile adoption event.
Thanks to an impulse decision, this little guy will finally have a home for the first time. The two-year-old Tabby mix has known nothing but a life of neglect and abandonment.

“He was found on a street in the Bronx, with matted fur and bones sticking out,” explained Dan Rizzo, an ASPCA volunteer working at the pop-up adoption van. “We believe he probably belonged to someone at some point because he seemed pretty comfortable around people and his nails looked like they hadn’t been clipped too long ago.”

Pet adoption is a process that benefits both the animals being rescued, as well as the adopters themselves. Despite the large amount of dogs, cats, and other animals that live in shelters and need to go home to a loving family, many people continue to buy animals from pet stores. It is my hope that by promoting the mobile adoption events that the ASPCA holds, people will become curious about adoption and feel compelled to take further action.

The ASPCA has several of these “mobile adoption events” throughout the city, which have so far been a great success. All of the pets presented are spayed and neutered, up-to-date on vaccinations, and micro chipped.

“It’s one thing to look at pictures of the cats and dogs we have up for adoption on our website, but it’s a completely different story when a person sees an animal in person and can’t help but fall in love,” Rizzo said.

The van was surrounded by men, women, and children of all ages. Most people looking through the glass at the available cats were people simply admiring the tiny kittens, yet there were a few interested people who were interested in either adopting one of the cats within the van, or another cat that the ASPCA has available at the main headquarters at 424 East 92nd Street. People stood around the van and observed these cats and kittens, which ranged in size, color, age, and breed.

According to national estimates released by the ASPCA, 41 percent of cats, and 31 percent of dogs, entering shelters are eventually euthanized, so the ASPCA strongly advocates the spaying or neutering of pets. Besides just having mobile adoption events, they also offer low cost spaying and neutering services at several of their mobile clinics throughout the five boroughs.

It warmed my heart to watch Evelyn hold her new cat for the first time with a smile from ear to ear. Finding this ASPCA van was an unexpected, but gratifying, detour. Eventually I did make it to Starbucks after a few minutes of obsessing over the kittens and considering how mad my roommates would be if I actually brought one home. Kittens and coffee… not a bad way to begin my day. 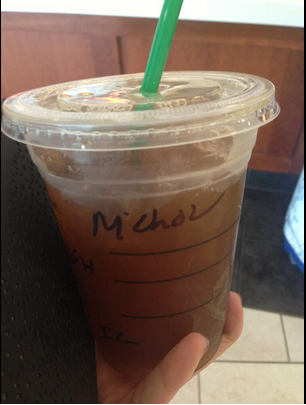