“We decided not to adopt a dog because we were afraid of the health problems it could have,” said Stacy Lockwood, my mother and one of the biggest animal lovers I know. “I never expected that our ‘purebred Maltese’ would become blind at the age of two, develop an underactive thyroid at the age of three, and pass away at the age of five,” she said about our former dog, Lacey.

This is the unfortunate fate that many dogs, born and bred in puppy mills, will face. It is estimated by the Humane Society of the United States that there are at least 10,000 mills in the United States alone, and more than two-thirds of them operate without enforced regulations. As someone who has dealt with the untimely loss of a pet, I understand the frustration that one may feel toward breeders.

Puppy mills work similarly to factories that exist for the purpose of mass production. They function in such a way as to produce a maximum amount of puppies for sale, while disregarding the welfare of the dogs performing the breeding. According to the ASPCA’s website, “A puppy mill is a large-scale commercial dog breeding operation that places profit over the well-being of its dogs—who are often severely neglected—and acts without regard to responsible breeding practices.” 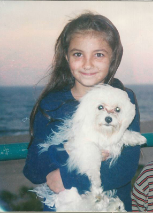 Lacey, a dog my family purchased from a local pet shop, and I circa 2001. (Photo by Stacy Lockwood)

From these mills, at as young as eight weeks of age, the puppies are then sold to pet shops and are put on the market. It is often hard to tell whether or not a puppy is the product of a puppy mill at such an age, however severe health problems usually manifest themselves within a few years, or even just a few months. The most common of these problems include epilepsy, heart disease, kidney disease, musculoskeletal disorders, endocrine disorders, blood disorders, deafness, eye problems, and respiratory disorders.

“After going through a loss that I was clearly not prepared for, I knew that I would never get another dog unless I was sure that it was coming from a safe, reputable place.” 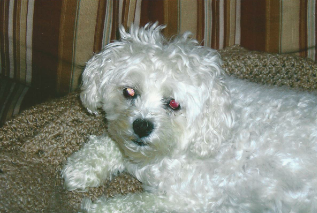 At four years of age, Lacey had completely lost her vision and developed an underactive thyroid. (Photo by Stacy Lockwood)

A few months after Lacey’s death, the pet shop we had purchased her from, known as the American Kennel Club, had shut down overnight with no explanation. There now stands a new pet shop at the location, but to this day, the cause of the shutdown remains unknown.

When my family began considering welcoming a new dog to our home, we were referred to a pet store called Petite Pets Puppy Boutique, a store in Huntington Station, New York, dedicated to small toy breeds. After just one visit we were proud to introduce Delilah, a two-pound yorkie and poodle mix, to the family. 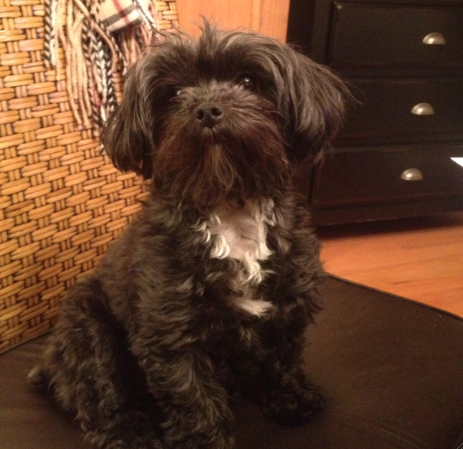 Petite Pets Puppy Boutique sets itself apart from traditional pet stores by partnering only with breeders that they have visited and have deemed acceptable. As seen on the website, the only breeders the store maintains relationships with operate with “the utmost integrity.” They ensure that any dogs entering the store come from breeders that “do not inbreed or over-breed. They especially do not re-breed any congenital problems.”

Barbara Maple, who founded the store in 1983, commented, “I treat each and every dog like family, as if they were my own.” This is clear from the unyielding attention that the puppies in the store receive while they rest and play in baby cribs instead of cages. She added, “I won’t let my babies go to any home that I think will be unfit because they all deserve a future filled with love and happiness.”

Anyone who purchases a dog from the shop receives a pedigree certificate, listing where the puppy was bred, as well as information regarding the puppy’s parents. With an extensive list of satisfied customers, it is clear that the legitimate and thorough practices of the store generate great success.

Although purchasing a dog from Petite Pets Puppy Boutique is not technically considered a means of adoption, it is a possible alternative that one may seek. While pet adoption and rescue are perhaps the best choices to make a difference in an animal’s life, buying from reputable pet shops such as this one is just as effective in fighting the war on puppy mill prominence.